A cut above: ‘Crazy’ times as butcher Paul races to keep up with demand during the lockdown 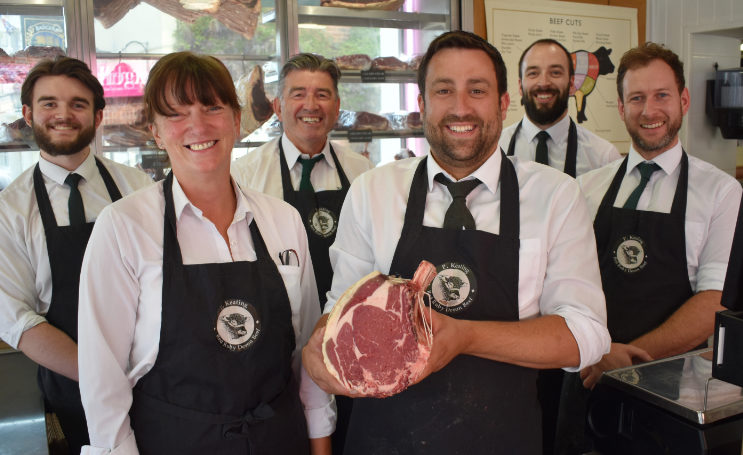 As far back as he can remember Paul Keating had his heart set on becoming a butcher.

A lover of the outdoors – and pursuits such as fishing – it was, well, always on the cards.

“Strange, really, because most young people don’t think of becoming a butcher but I most certainly did,” said Paul who grew up in Colehill.

At the age of 16 he joined Derek Burton (Butchers) in East Street, Wimborne, as an apprentice.

The business dated back to 1907 when it was founded by a member of the Douch family.

Mr Burton, who passed away last year at the age of 84, proved a superb boss – and mentor.

He’s seen a lot of changes over the years, not least the positive influence of celebrity chefs such as Hugh Fearnley-Whittingstall, the food writer and campaigner on food and environmental issues.

“The provenance of meat was not thought important. Overnight that shifted.

“For butchers like us, where all our meat comes from within Dorset and only our chickens come from outside the county (Devon), that’s had a massive effect,” said Paul who is married to Ria and has a daughter, Nyla, aged seven. 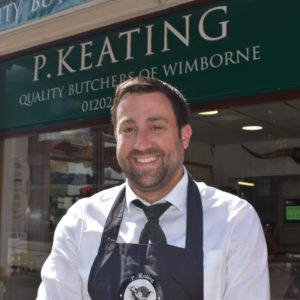 Paul, 38, has one word for the last three months.

“The shop has remained open throughout but we’ve been on the biggest learning curve imaginable,” said Paul.

“I couldn’t do deliveries myself so I contacted Steve and Sandra, of Sorrell’s Caterers in Wimborne, to see if they could help.

“They’ve been going out in their refrigerated van which means we’ve been doing up to 50 home deliveries a day, from nothing.

“The shop trade has been unbelievable.

“I’ve never had to use email and didn’t even have a computer in the shop. That’s all changed now.

“It’s been like running a new business with 16-hour days, and more, but I consider myself very lucky compared to so many who are facing such a difficult time.”

The feedback from customers?

Paul said: “They make it for us. We have some really nice new customers and they’re just lovely.

“There are seven of us and we enjoy the banter, the friendliness and providing a very personal service.

“It’s been tough trying to keep up with demand and avoid running out of stuff.

“Quality is the key and, of course, our local farmers are happy because we’re paying a premium for the quality of their meat.” 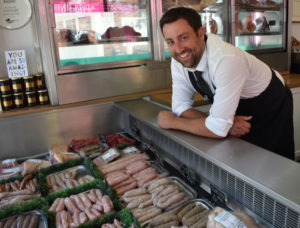 Paul, as with Wimborne fishmonger John Bell – aka John the Fish – is hoping to hold onto as many of his new customers as possible when life begins to return to normal.

He said: “If we can keep just a small percentage then that would be great.

“There’s definitely still a demand for our services, just not so many butchers around now.

“But the queues outside my shop are proof that people are still happy to pay for quality meat – and a quality service.”