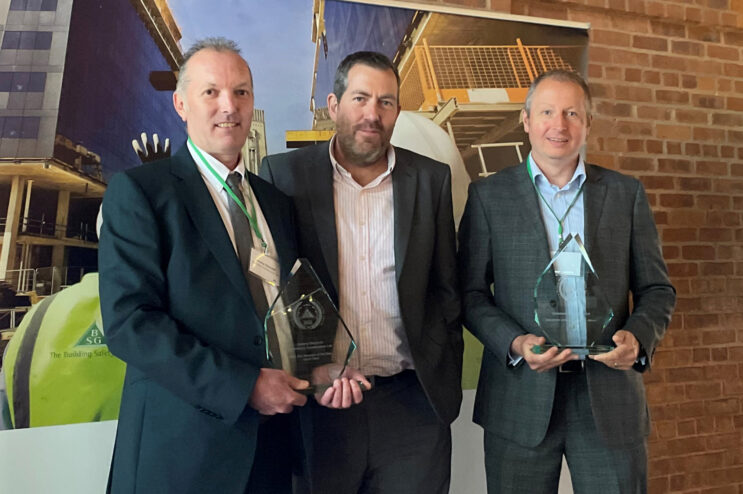 A Dorset company is celebrating two awards from the UK’s largest health and safety consultancy for the construction industry.

Spetisbury Construction received the Covid-19 Prevention award while Jeremy Churchill was named Site Manager of the Year for the South West region.

Both were presented at the Building Safety Group Health and Safety Awards, held in Worcestershire.

The Covid award followed the adoption of a range of procedures by the Wimborne-based company, allowing it to continue trading at the earliest opportunity after a brief suspension.

They included staff segregation, screening, testing, remote working and use of IT systems.

Spetisbury Construction also aligned its standards with client organisations to ensure their teams were protected as well. 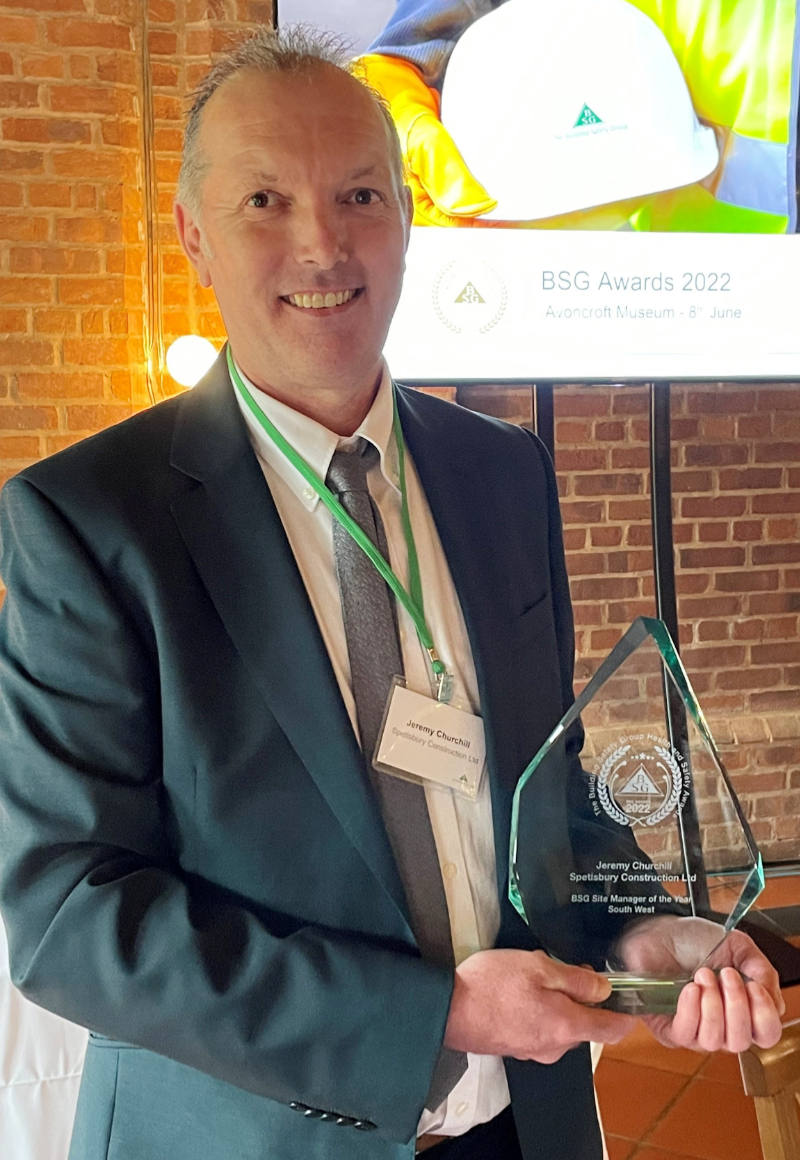 Jeremy, pictured, has worked for the company for around 25 years, progressing from being a carpenter to Site Manager.

In the role, which involves running complex projects in often challenging situations,  he had been commended on many occasions for his high standards.

Justin Ives, Managing Director, said: “Spetisbury Construction place a high priority on the health, safety and wellbeing of our team and it is great we have been been recognised in two categories.

“The need to adapt to the world with Covid become the centre of our decision-making process.

“Initially priority was absolutely given to the wellbeing and safety of the team.

“This quickly switched to how can we safely return to support our clients, including several frontline NHS organisations.

“It’s great that Jeremy has been recognised for all of his hard work.

“His dedication to his work is unquestionable and this accolade could not be more deserved.”

The BSG Awards is a national celebration of businesses’ dedicated commitment to health and safety in construction.

The Building Safety Group is a not for profit organisation set up by construction companies to provide health and safety training and consultancy services for the building industry.

Its 800-plus members throughout the UK operate across 3,500 workplaces.

This year’s awards were held at Avoncroft Museum of Historic Buildings in Worcestershire.

Spetisbury Construction has been responsible for hundreds of building projects running into many millions of pounds in Dorset and further afield since its inception in 1984.

The chartered building company, which takes its name from the Dorset village of Spetisbury, was bought out by its management in 2015.

Sectors served by the company include education, healthcare, hotels and leisure, houses and flats and industrial as well as conservation, general works and luxury housing.