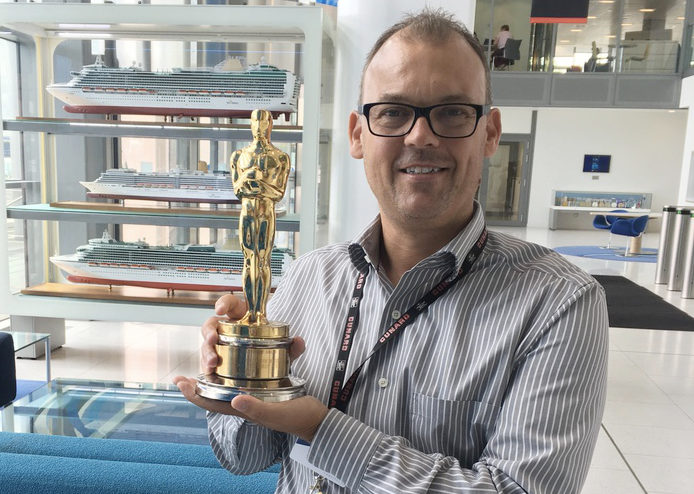 Jason Ward pictured with a genuine Oscar, awarded to Pinewood Studios for its visual effects on Superman. The photo was taken at Carnival House in Southampton, headquarters of both Cunard and P&O Cruises.
By Andrew Diprose, editor editor@dorsetbiznews.co.uk

It’s been one of the most astonishing sights of the last few months.

Cruise ships – and in the case of Queen Mary 2 a transatlantic ocean liner – anchored off the Dorset coast. 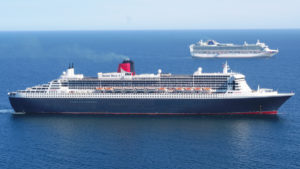 They should have been packed with passengers sailing the world’s oceans.

On August 4 there were seven ships in Weymouth Bay while a further three were off Bournemouth.

And watching from the shoreline near his Southbourne home, the man once in charge of the team responsible for the entertainment and enrichment programmes on the famous Cunarders.

Like many, Jason Ward, formerly Cunard’s Entertainment Programme Manager and latterly Entertainment Development Manager for P&O Cruises, saw the curtain come down on his job because of the pandemic. 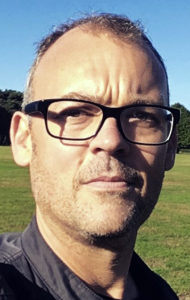 The 51-year-old, now an entertainment experience consultant with his own business, Jason Ward Creative, was among more than 400 staff made redundant by Southampton-based Carnival UK in June.

The cruise sector may look in dire straits but Jason believes it will return to its former popularity, but not for two or three years.

He said: “It will come back but it will take time.

“9/11 and the last financial crash both had a massive impact on the business.

“But the cruise industry is really adaptable, driven by a lot of creative people.

The switch in roles for Jason is just the latest in a career packed with glamour, showbiz and the bright lights.

From an early age he wanted to be on the stage.

His first professional role was in a production of Cinderella, with Davy Jones of The Monkees, at Camberley Civic Hall in Surrey.

After passing a musical theatre diploma at Guildford School of Acting, Jason became a dancer and choreographer on the cruise ships.

But, increasingly, he became fascinated by the mechanics of putting a show together and the whole business of onboard entertainment.

His first move into management came in 1998 when he was appointed Assistant Cruise Director with Costa Cruises, later followed by management posts with MSC Cruises, Celebrity Cruises and Disney Cruise Line.

He was directly responsible for the celebrity speaker programming, sourcing inspirational and fascinating lecturers for every sailing. 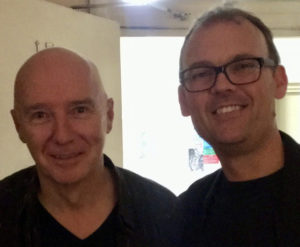 During his two years in the role, Jason also created concepts and programming including Cunard’s Transatlantic Fashion Week, working with designers, models, colleagues and celebrity guests.

“It was an absolutely fascinating job,” said Jason, who has been married to Florencia, who comes from Argentina, for 14 years.

For the last two years he has been Entertainment Development Manager for P&O Cruises, latterly working on the official launch celebrations for its latest ship, Iona.

Originally due to be launched earlier this year, the newest addition to P&O Cruises fleet will be the largest cruise ship built for the UK market, with a passenger capacity of 5,206 complemented by 1,800 crew.

She will have 17 guest decks, weigh 185,000 tonnes and feature amenities such as a glass SkyDome and 29 different drinking and dining venues.

Jason said: “The ship was to be named on July 4 with an overnight in Southampton and we had everything booked. 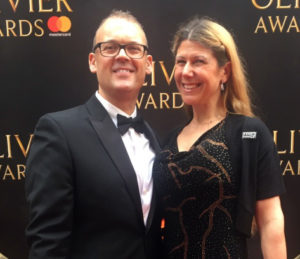 Jason at the Olivier Awards with his wife, Florencia.

“It was going to be a week-long festival and we had been working on it for months.”

His projects include working with a tech company to create entertainment for ships and pubs by doing a very 21st twist on a format going back generations – the traditional pub quiz.

He’s also working with a Miami-based creative producer, providing entertainment for the likes of MSC Cruises and Virgin, which has developed a programming tool for multiple venues.

Jason said: “I have a number of consultancy projects, literally from Sunderland to San Diego, but it would be great to work with Dorset businesses too.

“I’ve also been in touch with Bournemouth Emerging Arts Fringe as I’d like to use what I’ve learned over the years to help in whatever way I can.”

So can Jason see himself returning to the cruise industry in the future?

“You never say never but I’ve plenty to keep me occupied and I’m happy with my new life,” he said.