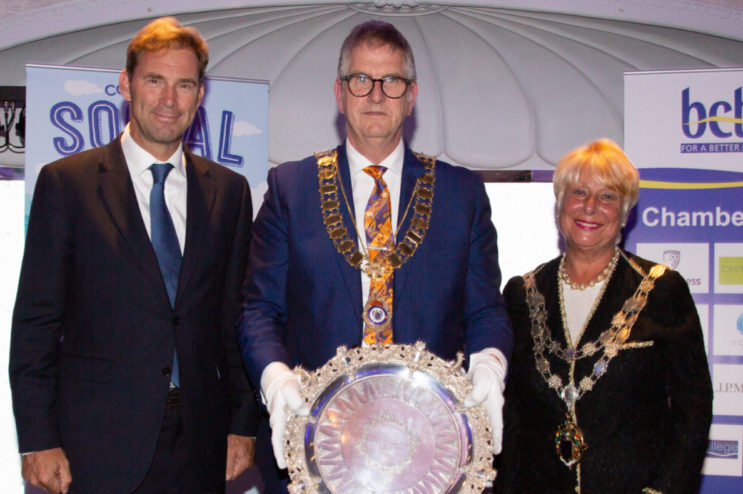 A new President will be taking the reins at Bournemouth Chamber of Trade & Commerce (BCTC) next month.

After a successful two-year term of office, Roger Smith is passing the chain of office to the new incoming President who will be elected by the membership.

Arrival is from 5.45pm and the meeting starts at 6pm.

It is free to attend for all paid members.

Only fully paid members are eligible to vote at the AGM.

Bookings for the AGM can be made via eventbrite here.

Following the AGM, which includes the naming of the new Board of Directors, BCTC will celebrate at the Presidents Dinner which is due to get underway at 7pm.

It includes a drinks reception, three course dinner and entertainment from Paul Kinvig and Gem Rose.

Anyone wishing to join the black tie celebrations, along with BCTC Presidents (past and present), Patrons and VIP’s, will need to reserve their place by emailing events@bournemouthchamber.org.uk.

Tickets cost £40 per person and the last day of booking is Monday March 9.