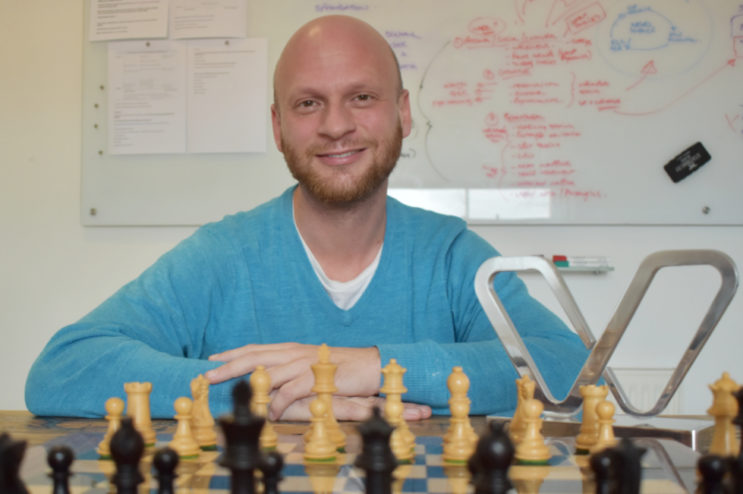 A digital agency which specialises in strengthening connections between people and technology is celebrating its best-ever year.

It also beat off stiff competition to win the ‘Best Data Driven Campaign’ category at this year’s Wirehive 100 Awards.

The Bournemouth-based agency was founded four years ago by Andy Milsom, former Head of Design at WeClick Media.

The 39-year-old graphic designer initially handled marketing and advertising work before beginning to focus on the human digital connection three years ago.

The four-strong agency, which creates digital products, has a particular expertise in helping companies grow their businesses by better understanding how customers interact with their digital products.

“We call it scientifically creative. We partner with brands to produce and optimise digital products that result in positive emotions and measurable business growth,” said Andy, a former student at The Purbeck School in Wareham. 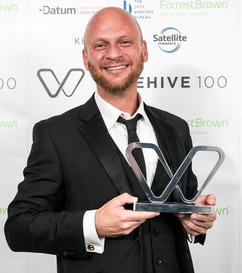 Andy Milsom with the Wirehive 100 award received in October this year.

“People have woken up to the fact that humans, and not numbers, are using digital products. It’s vital to understand their behaviour and emotional responses and that’s where we come in.

“Creating a human experience is about making sure that every connection between a person and technology is an equal and supportive connection.

“It’s important to ensure the person is at the centre while ensuring that the technology understands, responds suitably, communicates effectively and meets their human need”.

Among its innovative services Human has developed Kanjo which uses face recognition technology to measure human emotions and map them over time.

Andy said: “In our experience when asking people what they think of a piece of creative the responses tend to be ‘I like this one more than the other one’ or, less helpfully, ‘I don’t like this one.’

“We’ve developed Kanjo to test the impact of creative ideas.

“It allows clients to understand how their brand, marketing campaign and digital products are resonating with their customers.

The agency is also moving into neuroscience and electroencephalography (EEG) to track emotions.

“It’s the next big thing for us. There’s a lot of pyschology in what we’re doing,” said Andy.

It was the agency’s conversion rate optimisation campaign for Unbiased which saw it win the Wirehive award despite Human being up against agencies ten times its size.

“Despite our size we have big ambitions for the future as we continue to grow and expand the business.”