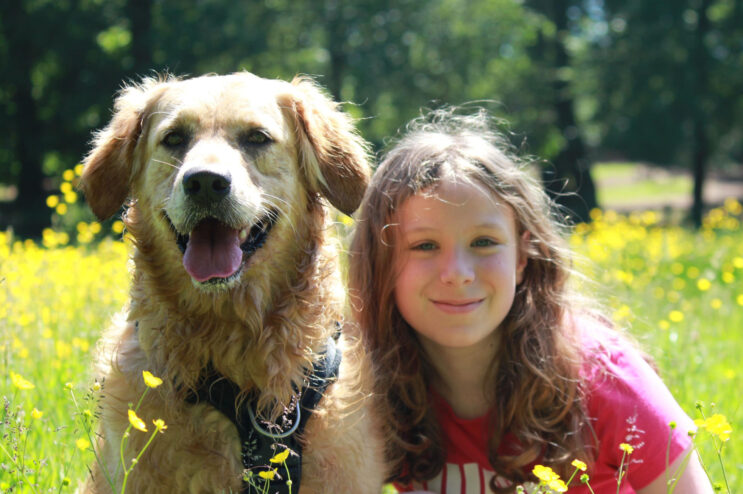 Kids Around Dogs (KAD) is the latest Dorset business to get a boost from retail entrepreneur Theo Paphitis.

She was one of six weekly winners to gain a retweet by Theo to his near half a million Twitter followers.

The weekly initiative, set up by Theo in 2010, now has over 3,500 #SBS winners and supports small businesses in the UK.

Thanks to the retweet, KAD has gained more followers and seen increased interest in its services. 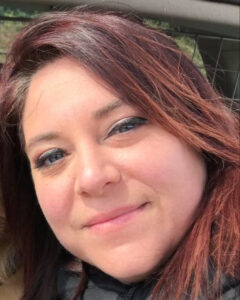 Debby, pictured left, said: “Our association works with families to help children and dogs to live happily and safely together.

“Now, more than ever, what we do is extremely important to prevent accidents between children and dogs from happening.

“The exposure that #SBS and Theo Paphitis is giving us can really put us on the map and help the general public to get in touch with our approved professionals.

“We are also hoping for schools to reach out to us as we do school talks on dog-child interaction.”

KAD is the first and only association of its kind in the UK.

It has dog professionals all over the UK, Ireland, Canada and the USA.

Debby has also designed a successful protocol to overcome the fear of dogs in kids, which all KAD approved professionals are qualified to use.

The Blandford-based business beat internet companies from across the UK to be named ‘Best Rural Fibre Provider’ and ‘Rollout Challenge Buster’ at the inaugural UK Fibre Awards.

The awards celebrate the success of fibre networks delivering digital infrastructure in the UK.

Wessex Internet, which is rolling out ultrafast broadband to towns and villages across Dorset, Wiltshire and South Somerset, was presented with the awards at a ceremony at London’s Marriott Hotel in Grosvenor Square.

The company impressed judges with its innovative approach to network build and its collaboration with the community to bring full fibre to Affpuddle.

The village had been left behind by traditional providers.

Broadband was so bad with average speeds of less than 8Mbps that one resident would drive 9.5 miles to his parents’ house to work from home.

In a separate project, the challenge of connecting full fibre to the low-lying area of Lower Nyland, which was prone to flooding, was also recognised.

Due to adverse weather conditions, the team worked round the clock to ensure that installations were complete within a tight timeline.

This involved ploughing several kilometres of fibre and drilling under the A30 in wet, boggy ground conditions.

“This really is testament to the hard work of our team.

“From the guys out in the fields building our network in all-weather to the teams in the office that serve our customers every day, everyone is passionate about bringing fast, reliable broadband to local communities and we’re proud of what they have achieved.

“These projects are just two examples of the hundreds of local rural communities we have connected to full fibre broadband in the last few years.

“With rapid growth in our company, we’re excited that we will be bringing full fibre broadband to thousands more homes and business in villages, hamlets and rural market towns in the next few years.”

Yellow Buses has shown its support for local businesses.

The locally owned and operated bus company has signed up to sponsor the Best Place to Work category at each of the Poole, Christchurch, Bournemouth and Wimborne Business Awards over the next 12 months. 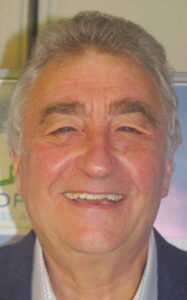 “We have regularly turned to them for advice and help while each of the awards has been planned.

“Now having this commitment shows their continued support.

“Their sponsorship of the Best Place to Work category is a perfect fit for Yellow Buses and we look forward to working closely with them over the next 12 months.” 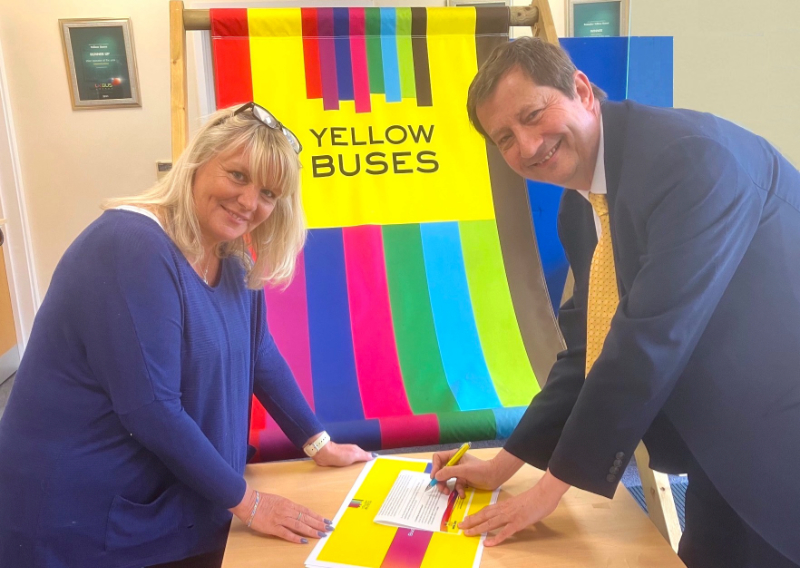 David Squire, Managing Director of Yellow Buses, pictured with Fiona Harwood, Marketing & Sales Manager, signing the agreement, said: “We are delighted to continue our sponsorship of these local awards which recognise the brightest and best in the communities that we serve.

“There have been some truly outstanding winners over the last year, and we are looking forward to seeing future nominations from each of the award areas.”

The 2022/23 season of the awards kick off with the Poole Business Awards at the Lighthouse in Poole at lunchtime on Friday, October 28, with the second year of the Wimborne awards in April 2023 followed by Bournemouth in May 2023 and Christchurch in June 2023.