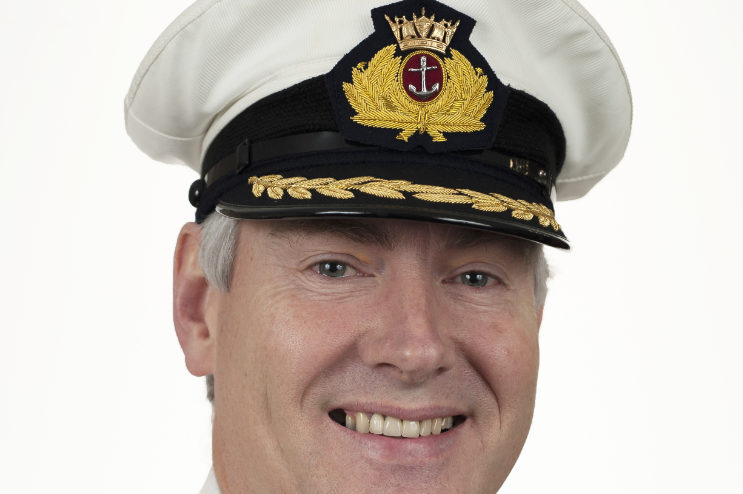 Captain Brian Murphy, Marine & Port Director/Harbour Master, Poole Harbour Commissioners​, who is one of the contributors to the final pilot episode of Working Live!
By Andrew Diprose, editor editor@dorsetbiznews.co.uk

The final pilot episode of Working Live! – the groundbreaking business and work TV show for BCP – has been broadcast.

It was delivered through workinglive.co.uk and also simulcast on LinkedIn and Facebook.

The new video magazine programme is aimed at the BCP business community – and also those transitioning jobs or looking to regain employment.

Contributors to the final episode included: 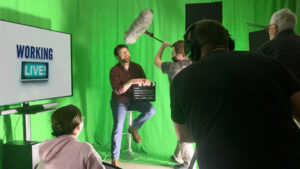 The company is headed by John Dale, a former award-winning programme-maker with the BBC, ITV and Channel Four. 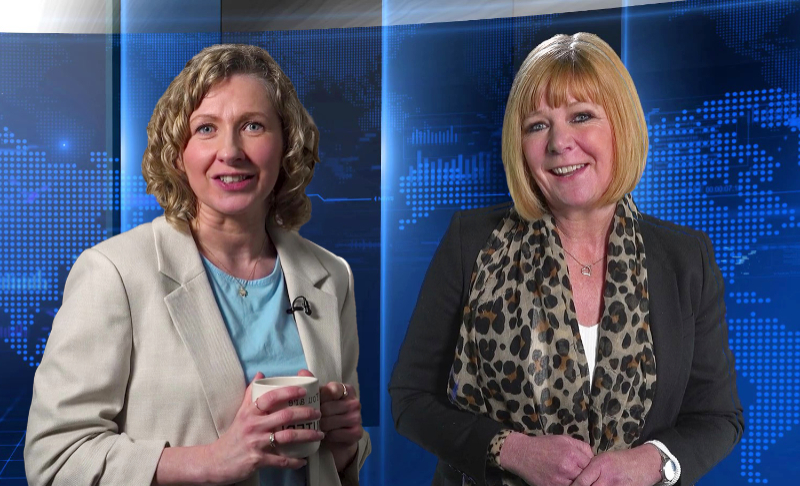 Lucy Ellis is the main anchor host with Kate Shaw as presenter.

More information can be found at workinglive.co.uk

It follows an increase in demand for services already delivered in the wider region, including live-in care, and extra care supported living. 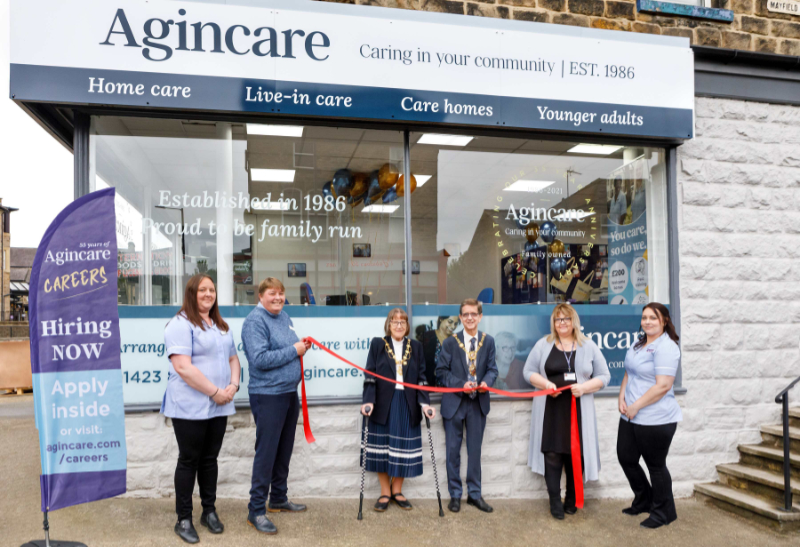 Agincare’s professional team will deliver 24-hour live-in and home care services from the premises, supporting people to live independently in the comfort and safety of their own home.

Agincare is a national family-owned care provider which has been delivering professional and personalised care for over 35 years.

Cllr Chapman said: “It’s great to see a major national company setting up in Harrogate as its base for the north of the country.

“I wish them the very best and will follow their progress with interest.”

Agincare is regulated by the Care Quality Commission and rated Excellent on the TrustPilot review website with nearly 250 five star reviews.

The care provider has since grown to employ around 3,500 people at more than 60 locations nationwide, remaining independent and without private equity investors. 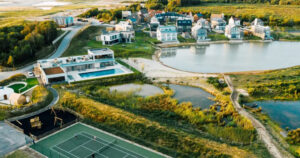 He’ll bring his expertise and knowledge of the holiday sector to Habitat Escapes, the holiday lettings company for Silverlake in Dorset, pictured right, and Lower Mill Estate, Cotswolds.

Experienced in senior leadership roles at holiday providers including Awaze UK and Bourne Leisure – and previously a Non-Executive Director at Habitat First Group – Allan will now lead the company through developments planned for 2022 and the next phase of growth.

Habitat First Group is expecting the next phase of Shepperd’s View at Silverlake to attract huge interest following unprecedented demand for second homes during the initial release.

The group is also focusing on the forthcoming development of the new al-fresco spa, which is set to encourage more visitors both regionally and nationally. 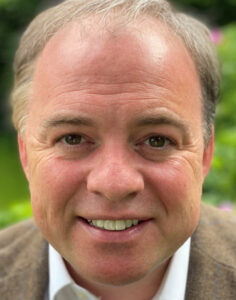 “I’ve not seen a product or experience in the industry as unique or as high quality as Habitat First Group, and with continued re-investment, we are looking forward to seeing the business continue to thrive.

“Habitat First Group is committed to creating sustainable communities that combine architecture and ecology, prioritising the need to create developments that are relevant for the future.

“Development is booming, and we have seen an increase in holiday homeowners, along with the highest number of Silverlake home sales for Quarter 1 in the company’s history.

“Habitat Escapes has also had an outstanding year, with holiday-lets’ bookings up more than ever.

The Tank Museum has released a new children’s book, ‘You Wouldn’t Want to Be in a Tank in World War Two’ in collaboration with The Salariya Book Company Ltd.

At the launch, visitors had the chance to get their copies signed by the author and editor as well as take part in special tank-themed activities. 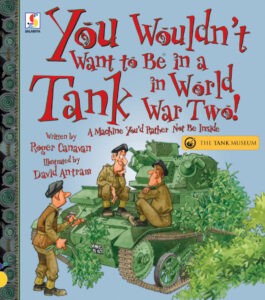 Claire Cooper, Education Officer, and Ian Hudson, Research Project Manager, at The Tank Museum teamed up with Salariya to create the children’s book aimed at educating children about military history.

‘You Wouldn’t Want to Be in a Tank in World War Two’ is suitable for all ages and includes a wide range of topics from how the first tank was created, the UK in the Second World War and tank crews.

The pages are filled with eye-catching and colourful cartoons and bite size facts, as well as more detailed descriptions.

Claire said, “Although the subject of the book was WW2 tanks, Ian and I wanted to include First World War tanks, Little Willie and the Mark I to illustrate how tanks were first invented and used in WW1. 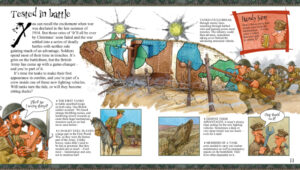 “These tanks were crucial to include because they are part of the Museum’s unique collection.

“Other tanks included in the book are Hobart’s Funnies, the Sherman DD and the Churchill AVRE.

“Both tanks are incredibly popular with children and had their own unique job in the war.

“The Sherman DD could float and the Churchill AVRE could lay bridges and carpets of material so the tanks didn’t sink in the sand.”

Salariya has sold over six million books worldwide including a series of books in partnership with other museums. 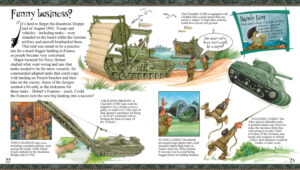