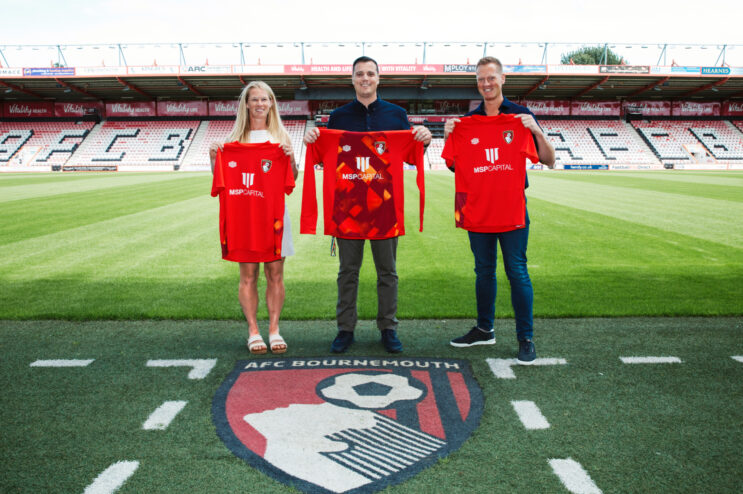 AFC Bournemouth has partnered with MSP Capital for the 2022/23 Premier League season.

The Poole-based property finance company was front-of-shirt sponsors for the club’s two most recent seasons in the Sky Bet Championship.

It now has a new partnership agreement that will see it continue to give important support to the club and Cherries supporters.

MSP Capital has provided bespoke financing solutions to businesses and individuals for 40 years, supplying funding UK-wide but with a specific focus on the southern counties and London.

Its logo will once again be prominent in the first team environment, adorning the front of the men’s training wear, including staff, and the matchday warm up range.

MSP Capital will also have an increased presence across the entire football club, appearing on the sleeve of the women’s team’s shirts and becoming an official partner of AFC Business, the Cherries’ business club.

MSP Capital used its previous partnership with AFC Bournemouth to make an impact in the local community, notably through the Bring Your Boots drive and the Goals Recreated campaign with former Cherries frontman Arnaut Danjuma.

As part of the new affiliation, MSP Capital will collaborate with the club on more new community initiatives across the 2022/23 season.

Rob Mitchell, AFC Bournemouth’s Commercial Director, said: “It was a pleasure to be partnered with MSP Capital during our two years in the Championship and we’re delighted to continue that relationship.

“We’re pleased to offer MSP assistance with their company goals of supporting growth and visibility for their specific target markets.

“It’s also great for us as a club to have the continued support from a successful locally-based business who are passionate about the club, and we look forward to the next step of our journey in the Premier League.”

Adam Tovey, MSP Capital’s Valuation Director and a Cherries supporter since his childhood, said: “It was an especially proud moment when we became principal partner and front-of-shirt sponsor back in 2020.

“That enabled us to be on the front of the club’s shirt for one of the most significant achievements in its history last season, winning promotion back to the Premier League.

“But, in truth, the ties that bind us have always been about more than the shirt.

“We share the same passion for social responsibility and are proud to continue to leverage our relationship to help the communities where, together, we are established and draw our strengths.”

Nominations sought for three local charities to each receive £6,000+

Three charities could each be in line to receive a donation of more than £6,000.

NFU Mutual’s New Forest, Isle of Wight and Bournemouth Agency is to nominate the local frontline charities to receive a donation from a national £2 million ‘Agency Giving Fund’.

Launched by NFU Mutual’s Head Office, it follows the success of the fund in 2020 and 2021 when more than £3 million was allocated to local causes.

Last year the four agents  made their selection based on nominations from staff and the public.

They were overwhelmed with the response and have chosen to repeat this in 2022.

The agents are looking to hear about frontline charities from their area that help communities to build resilience.

It could be through the provision of healthcare support, enabling food supplies/emergency subsistence, or providing emotional/social support. 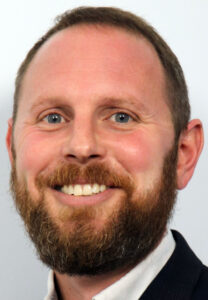 John Heather, pictured left, Senior Agent for NFU Mutual’s New Forest, Isle of Wight and Bournemouth Agency, said: “The aftermath of the pandemic, the cost of living crisis and the impact of the war in Ukraine continues to have a huge impact on everyone.

“We are proud to be part of the communities where we live and work and so wanted to give local people, through our customers and staff, the opportunity to nominate a registered local charity to benefit from this national fund.

“Through this national initiative, local agencies such as ours can support local charities with a meaningful donation of over £6,000.”

To nominate a charity, customers will need to email Bournemouth_Agency@nfumutual.co.uk with details of the nominated charity, charity number and its details along with a short outline of how the charity meets the qualifying criteria.

All nominations need to be received by midnight on Friday July 15.

Staff from Bournemouth-based Venator are hoping to reach the top of all 15 mountains over 3,000 ft in Wales within the space of 24 hours, without using any form of transport.

The fundraising challenge, in aid of hospice charity Julia’s House, begins tomorrow, Saturday, at 4am.

The length is about 24 miles, but the walks to the start point and down from the finish point can take it to over 30 miles in total. 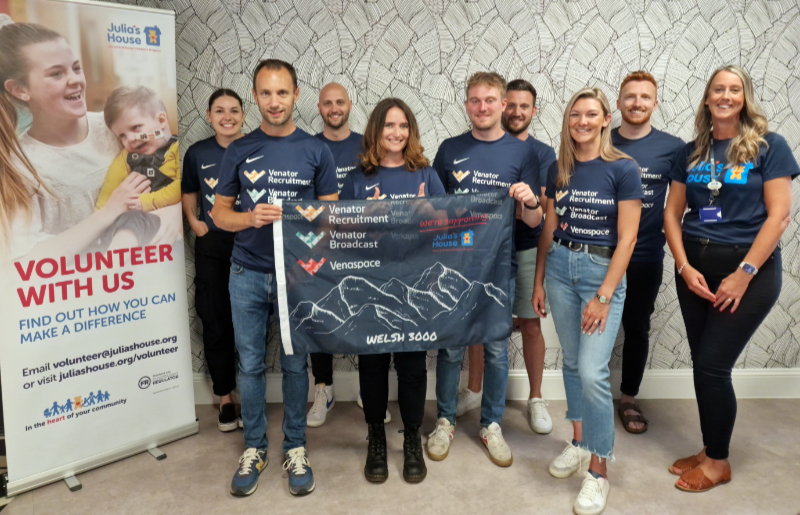 The Venator Welsh 3000 team, pictured with Caroline Attreed of Julia’s House, will start at the peak of Snowdon.

Venator was founded in Bournemouth by Alex Bonnet, a graduate from Bournemouth University.

Alex, who is part of the Venator Welsh 300 team, is also one of the 13 business leaders running 13 miles to raise £13,000 in celebration of fundraiser Caroline Attreed’s 13 years at Julia’s House.