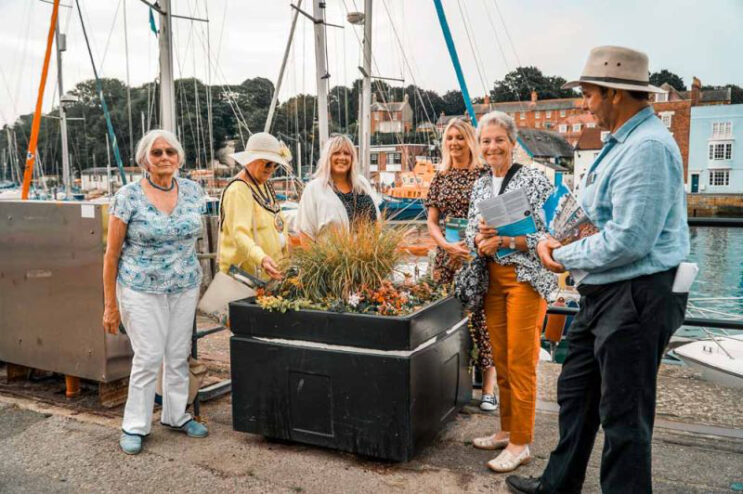 Britain in Bloom judges on their tour of Weymouth with Dawn Rondeau, We Are Weymouth’s Chief Operations Officer (third left).
By Andrew Diprose, editor editor@dorsetbiznews.co.uk

We Are Weymouth BID, working in partnership with Weymouth Town Council, showed off the best of the resort to Britain in Bloom judges along a designated route.

The national Britain in Bloom competition recognises communities of all shapes and sizes with a focus on three main criteria:

We Are Weymouth, Weymouth Town Council, Dorset Council and volunteers worked tirelessly to get the town ready for the judging.

With improvements to the train station, floral boat installations, hanging baskets, the Quay regeneration, heritage slabs and the sculpture trail, there was much to show the judges.

A new route was taken this year, as a way of displaying more of Weymouth to the judges and ensure that improvements made to the whole town were recognised.

It began at the Peace Gardens where they met the volunteers.

The group, including the Mayor Cllr Ann Weaving, then walked via the Nothe Tavern and the garden steps through the South Harbour via the old town pump and Old Rooms showing the heritage slab installed there plus the baskets and flags in Cove Passage.

The team continued over the Town Bridge and took in the regeneration of the South Quay. 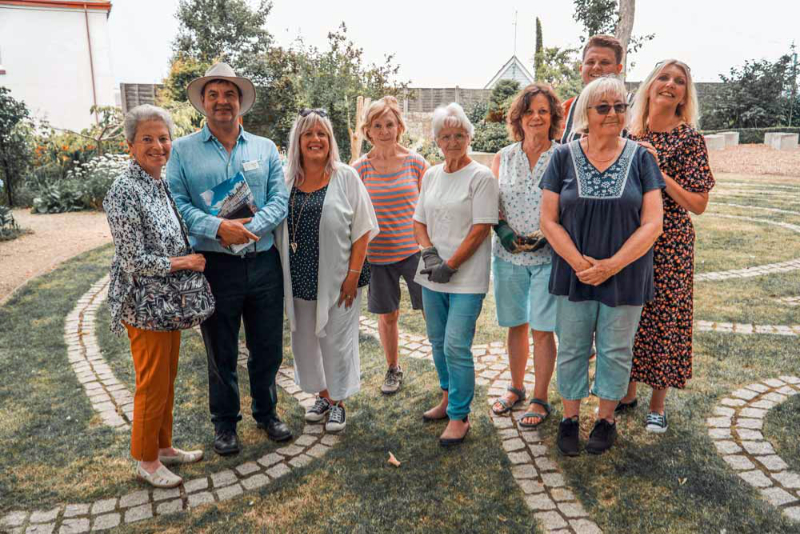 Next they met Chef Eric at Les Enfants Terribles and enjoyed a cup of coffee before looking at the newly planted pots along the harbourside and the recently installed planted boat.

The judges then enjoyed a trip via the land train to see the businesses along the Esplanade and, despite a thunderstorm, enjoyed the beach and Brunswick Terrace as well as planted beds along the promenade, ending the tour at Weymouth’s famous Greenhill Gardens.

Dawn Rondeau, We Are Weymouth’s Chief Operations Officer, said: “This is the second time that we have entered Weymouth into the Britain in Bloom competition and we have been incredibly proud to show the improvements and progression made throughout the town – in just 12 months!

“This has been a real team effort with We Are Weymouth working closely with Weymouth Town Council, under the leadership of Tara Williams, to really push forward with our commitment to improvement as well as sustainability.

“As well as the hanging baskets provided to businesses throughout the town, we’ve added boat planters, more heritage slabs to celebrate the town’s history and highlighted the work of the volunteers and the parks and gardens teams who have been committed to maintaining the flowerbeds, palm beds and grasslands throughout the town.

“Thanks also to Dorset Council who supported Britain in Bloom with additional repainting, bin removal and deep-cleaning.

“At We Are Weymouth we are committed to our role in ‘improving’ the town, whether this is working to remove graffiti in the town, providing hanging baskets or pioneering the Heritage and Mural Arts Trails.

“We hope that locals and visitors can see all the work that’s gone into the town and feel as proud as we do.”

A ten pence donation for buying a cup of coffee at what’s been described as one of Weymouth’s hippest cafes on the harbourside has resulted in EBIKE Cafe @ Deheers raising £1,000 for All Saints CE Academy Parents Teacher Association.

As reported on Dorset Biz News, Owners Peter Claxton and Josephine Parker decided to launch an annual charitable partnership to celebrate their first year of trading.

Josephine said: “We opened the business at one of the toughest points of the last couple of years, right in the middle of the Covid pandemic, navigating lockdowns, safety protocols and a completely new way of working.

“Towards the end of our first year’s trading we realised how much the cafe had become part of the community and how local people had supported us.

“So Peter and I decided to give back to the local community each year through an annual charitable partnership.”

The 2022 charitable partnership with the PTA of All Saints CE Academy, part of the Ambitions Academies Trust, was launched last November.

Josephine said: “We want to give back to the community and my children go to the school, so raising funds for equipment to help young people at the local school is the perfect starting point.

“We are continuing our charitable partnership with the school until the end of October this year and will continue to donate 10p to the school for every cup of coffee we sell.” 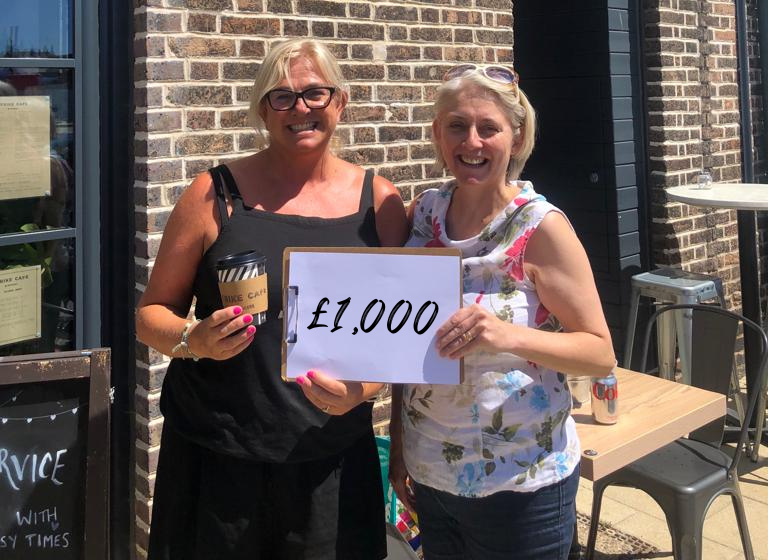 Josephine and Peter have now presented a cheque for £1,000 to Kim Newstead, Chair of the PTA, raised from their 10p donations for each cup of coffee sold since December.

Kim said: “We were bowled over when Josephine called to tell us the news.

“We are very excited that the money will go towards outdoor gym equipment to promote a healthier lifestyle and some theatre lighting for the school drama and production department.”

John Cornish, School Principal, added: “Finding funding for additional equipment is always a struggle and we need to be creative.

“That’s why help and support like this from the customers of the EBIKE Cafe makes all the difference.

“We are delighted they are supporting our school and my team and I would like to thank all the EBIKE Cafe’s customers for their support and coffee consumption.” 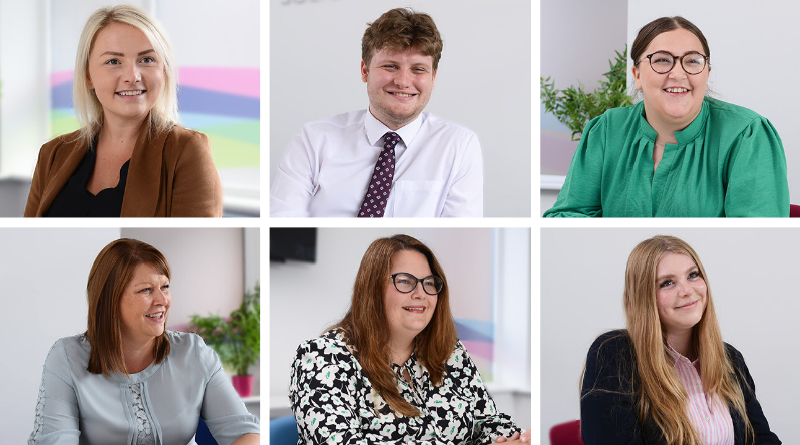 “The addition of six new team members in such quick succession, coupled with another recent round of promotions, shows we are proving to be a genuine alternative to the larger regional firms.

“These new team members have an important role to play in maintaining and improving upon the firm’s recent success and I look forward to welcoming them onboard.”