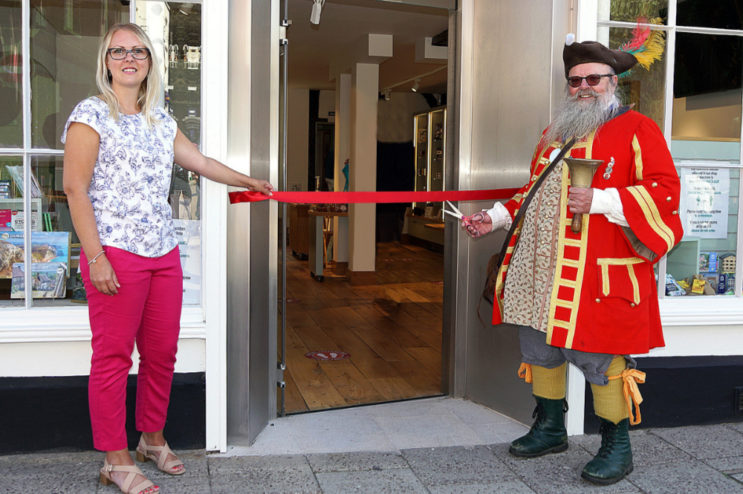 It was part of the £700,000 restoration project at the neighbouring Priest’s House Museum, which owns and operates the centre.

Chartered building company Greendale Construction, which celebrates its 30th anniversary this year, carried out the upgrade. 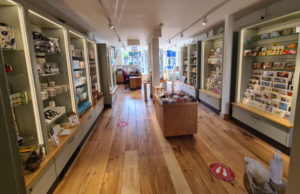 Major changes at the Information Centre include a new entrance with easier access, modern facilities and a combined shop and visitor reception.

Dorset-sourced food and drink, handcrafted gifts, a wide variety of books, and maps are also available to buy.

All proceeds are used for the upkeep and maintenance of the Priest’s House Museum, which is reopening later in the year.

James Webb, Director of Priest’s House Museum and the East Dorset Information Centre, said: ” The volunteers of the information centre are very excited to have the chance to assist visitors again, using their expert local knowledge to provide a better experience for all.

“East Dorset Information Centre is as much for local people as it is for visitors from further afield.

“There is so much unknown information about Wimborne and East Dorset and so many hidden gems; we hope that many will visit us to experience it.

“We feel that we’ve now created a shopping experience for our local customers and tourists alike.

“We’ve also taken the opportunity to extend the shop space for our second-hand book-store, where books can be donated with funds raised being given back to the museum’s ongoing developments.”

Tammy Sleet, Manager of Wimborne BID, said: “Businesses in Wimborne are delighted at the prospect of having a revamped, exciting, and engaging Information Centre.

“It’s exactly what we need right now – an information hub to draw visitors in and inform them of all the fantastic things that Wimborne has to offer.”

The reopening also coincides with the Information Centre celebrating its 40th birthday this year.

Opening hours are from 10am-1pm (restricted hours for two weeks), before returning to normal working hours of 10am to 4.30pm.

An independent energy consultancy based in Bournemouth has named a 1,000 tree forest after Captain Sir Tom Moore.

The 100-year-old was last week knighted by The Queen in recognition of raising over £32m for the NHS by walking more than 100 laps of his garden in Marston Moretaine, Bedfordshire.

The ceremony came after Prime Minister Boris Johnson made a special nomination for the war veteran to be knighted.

Now U4L, which is committed to 100 per cent renewable business energy, has arranged for a forest planted with 1,000 Rhizphora mucronata trees in Madagascar to be named in his honour.

The trees, also known as the Red Mangrove, are used to help prevent coastal erosion and in the restoration of mangrove habitats.

They are plentiful in Burma where, during the Second World War, Captain Sir Tom saw service.

U4L, which was founded by Nicholas Till and looks after the energy needs of more than 2,500 businesses including 300-plus in the Bournemouth area, has joined forces with Ecologi to fund climate projects including tree planting. 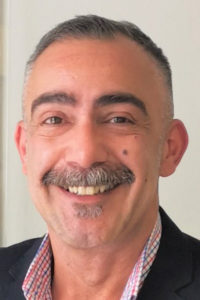 The schemes include the 1,000 tree forest in Madagascar.

“We wanted to honour him by naming a 1,000 tree forest after him as a lasting legacy.”

A ‘Drive Through’ donation drop-off has raised £30,000 for Lewis-Manning Hospice Care.

The initiative, held at different locations in Poole last week, came after the hospice made an urgent appeal for donations of good quality, preloved clothes and furniture. 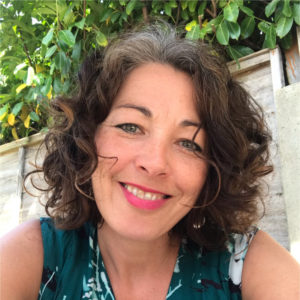 Vicki Gray, Area Fundraiser, pictured left, said, “We are blown away by the response that we had from the public and the generosity shown by so many.

“A bag of donated items is worth approximately £30 and we received the equivalent of 1,000 bags, making the donation total an incredible £30,000.

“Our sincere thanks to everyone who was involved, from David Lloyd Clubs and Tower Park Entertainment who allowed us to use their car parks, to Store and Secure and Lok ‘n’ Store, to volunteers who helped us throughout the week and most importantly our generous donors. 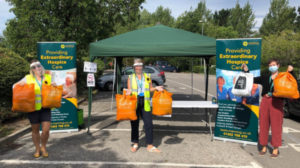 “The donations received in the last week will mean that we have so many excellent items to sell and entice shoppers into our shops.

“We are looking forward to welcoming everyone back.”