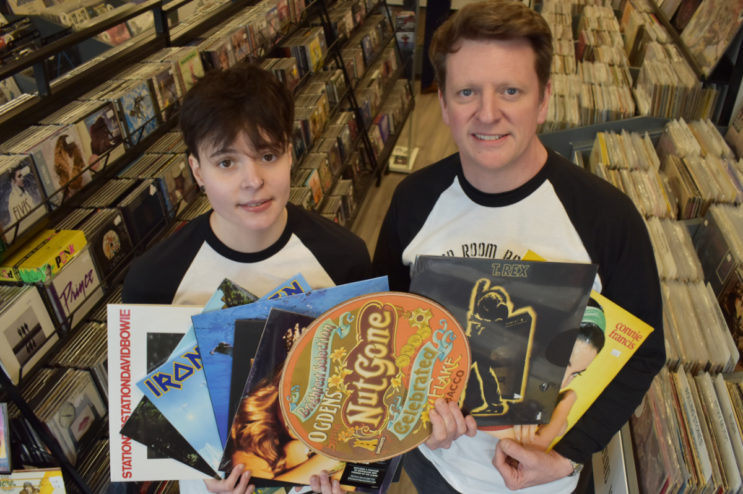 Mark Northey has always loved music with a passion – but especially David Bowie.

From the age of eight and his first record – Ashes to Ashes – to seeing his idol live on stage 55 times he’s the first to admit that music runs through his veins.

Now the 46-year-old entrepreneur, who also just happens to own one of Dorset’s most successful companies, Norco GRP, has seen all his dreams come true in one go.

Together with his son, Ren, he’s become the owner of Boiler Room Records in Poole.

For someone who has amassed a personal collection of 14,000 records and CDs over the last 38 or so years it is, he admits, the closest to being in heaven while on earth.

“I used to hang out all the time in record shops – from Snu-Peas in Boscombe to Big Brother Records in Ashley Road as well as the record fairs. It was a huge part of my life,” said Mark.

“It’s any record collector’s dream to own and run a collectable record shop and, yes, it’s fair to say that my dream has just come true.”

The opportunity to acquire Boiler Room Records, at 27, High Street, first came three years ago when the owner, Mike Zimmerman, confided to Mark that he was planning to retire.

The time wasn’t right but the two stayed in close contact.

Then last year Ren, 20, also a keen music fan, told Mark that working in a record shop was his idea of a perfect job. 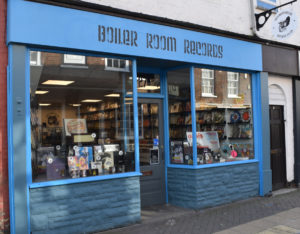 Mark said: “We made an offer for Boiler Room Record’s stock, which was accepted, and officially took over the shop last September .

“For the first month or so we monitored the footfall.

“The shop needed a re-brand so we closed from just before Christmas to February 1 for renovations, including a new floor, lighting and racking.

The new-look Boiler Room Records will buy and sell all music related memorabilia including records, CDs, posters and T-shirts.

But it will especially major on second hand rare and collectable original records. 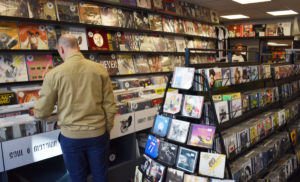 Vinyl has seen a revival in recent years, and among all ages.

According to Classic FM, in 2018, more than 4m chart-eligible LPs were sold in the UK alone – an increase from the 3.2m records sold in 2016 – with the final figure for last year expected to be around 4.5m.

Mark said: “People want to have a tangible product. You just don’t get the depth of sound in a CD or digital format and some records were made for mono.”

The new-look Boiler Room Records is one of several record shops in the Bournemouth and Poole area.

They’re among an estimated 200 independent businesses across the country.

Most, if not all – and certainly Boiler Room Records – will be taking part in this year’s Record Store Day on Saturday April 18, celebrating their unique culture.

Special vinyl releases are being made exclusively for the day with many hosting artist performances and events to mark the occasion. 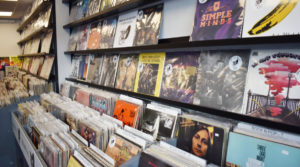 For Mark and Ren, the celebrations come earlier. In fact, this Saturday, February 15, when Boiler Room Records will be hosting its launch party from 1pm to 6pm.

It will feature live music from Tim Somerfield and Tim Young as well as giveaways and discounts.

The store will also be promoting Eight Arch Brewery of Wimborne and serving Dorset Conker Gin and non-alcoholic drinks. All are welcome.

Mark said: “I love the energy you get from something new, and even more so, seeing Ren motivated and giving him the opportunity to run his own business.

“The response we’re getting is really good and Ren and I are very pleased.”