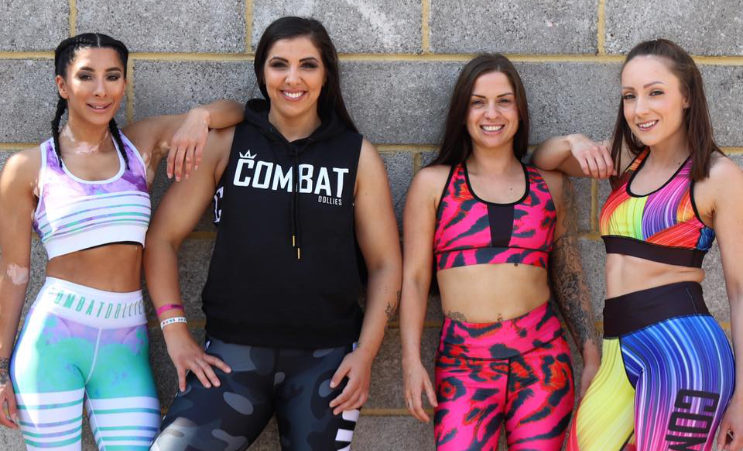 Boxer Gemma Ruegg is hoping for a knockout win – but outside the ring – as she squares up against a global brand in this year’s Fit Pro Awards.

The business now has 215 different lines, including 94 leggings, with its products sold in the UK and abroad. Turnover is in six figures.

For the first time Combat Dollies has been nominated in the Fitness Brand of the Year category of the 2020 Fitness Professional Awards, also known as the Fit Pro Awards.

Now in their sixth year, the awards recognise achievement in the fitness industry, covering both independent and commercial businesses.

The winners are chosen by public vote with 17 businesses in the Fitness Brand of the Year category ‘longlist’ including Gymshark, the £176m turnover company founded in 2012 and with customers in 131 countries.

Voting to choose who should go through to the shortlist closes on July 29. 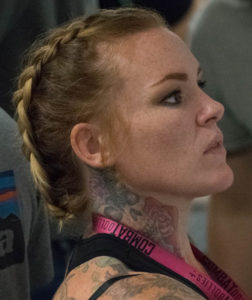 Gemma, pictured left, said she was humbled that Combat Dollies, a business started in her lounge, had been nominated for an award.

She said: “It is good to have our success recognised, especially on behalf of our Combat Dollies team and all our amazing customers. 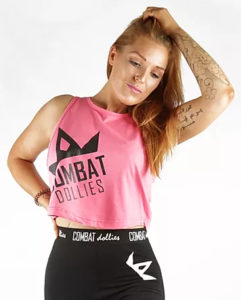 “They are all so supportive and we really do love them all and likewise they love us. We are like a family.

“For our customers – we are the best fitness brand.

“Ask any of our female customers whose leggings and tops fit better, who has the best customer service or which brand they feel the most affinity for and the answer is always the same: Combat Dollies.

“I started the company because when I first started training in the gym I couldn’t find any clothing that fitted.

“It was either too baggy, like men’s clothing, or too tight and not flexible enough for women to wear.

“So I made clothes that I was happy to wear at the gym.

“Even today it’s hard for women to get sports clothing that fits.

“A lot of the other brands tend to be male dominated.

“You can tell because their female clothing is such that they only fit you if you’re a size 8 model, which is great – but that’s not 98 per cent of the women out there.

“We have always – and will continue to – make fitness clothing for all women, regardless of their age, shape or size.”

She took up boxing on the advice of her family doctor after suffering mental health problems.

Gemma was an alcohol addict at the age of 16 and experienced depression and self-harm but said the sport had stopped her life becoming a “train wreck.”

She is married to her trainer, Danny Ruegg, and has six children and two step-children. 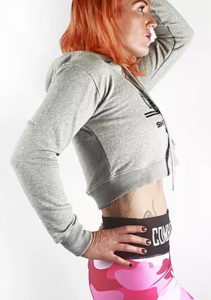 Her Christchurch-based business is a family affair.

Mum Sue, 62, is in charge of the accounts while her younger sister Sophia, 31, looks after the photography and elder sister Leah, 37, handles events.

Gemma said: “Whatever happens in the awards I’m just so happy that Combat Dollies has been nominated but if everyone could vote for us that would be great.”