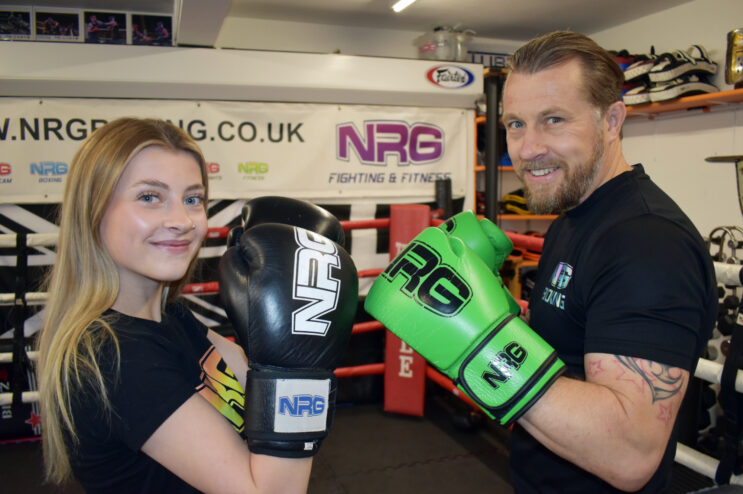 From the outside, Ross Phillips’ home in Colehill looks like any other detached house.

But on entering the back door you’re greeted by up to 14 people taking part in a boxing class or some other fitness training. 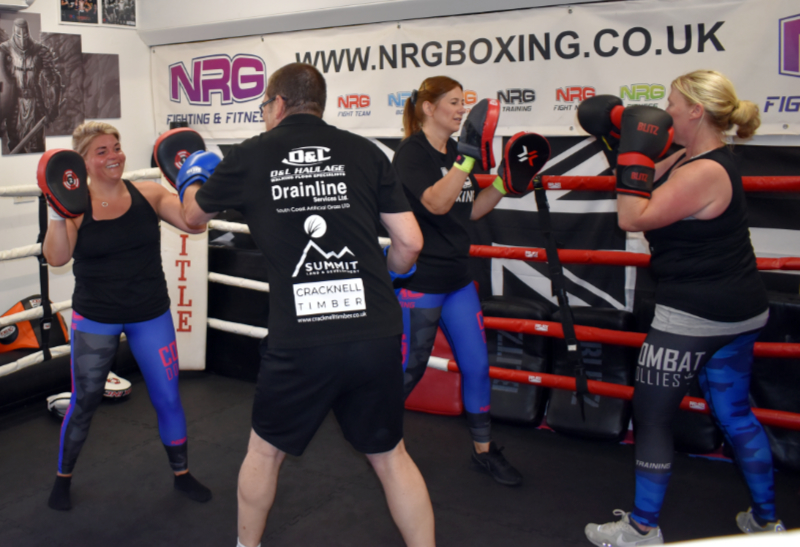 Ross, a former professional kickboxer, built the private gym attached to his home in 2006, originally for his own personal use.

It laid dormant after the 46-year-old father of three quit kickboxing.

But after people started asking for lessons, Ross began teaching, launching his business in 2009.

Today NRG Boxing and Fitness has upwards of 90 people a week through its doors, ranging in age from four to 62. 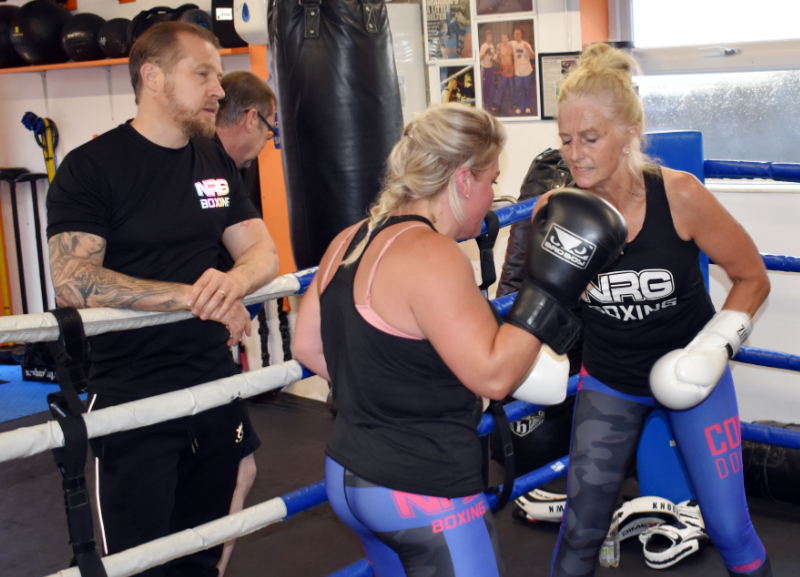 Apart from classes in boxing and kickboxing he also offers One 2 One fitness sessions and ladies fitness/strength/toning and conditioning.

Since the first one eight years ago, 17 have been held with each involving 40 fighters and attracting a 600-strong crowd. 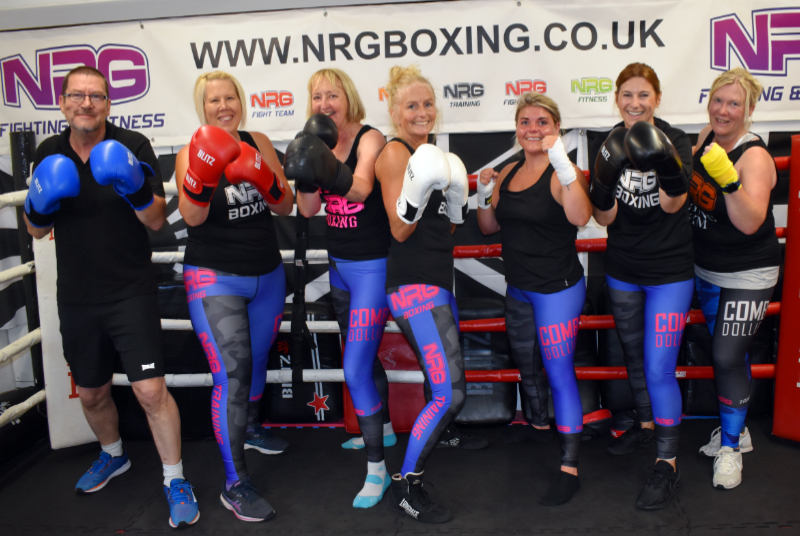 Ross said: “Boxing is booming at the moment,

“I’m told there are about 26 boxing gyms in Bournemouth and Poole but I’m the only one operating from home.

“Boxing is amazing for fitness, and you can burn around 400 calories a session, but it’s also fun.

“There’s no getting hit in the boxing fitness classes we do and no pressure. 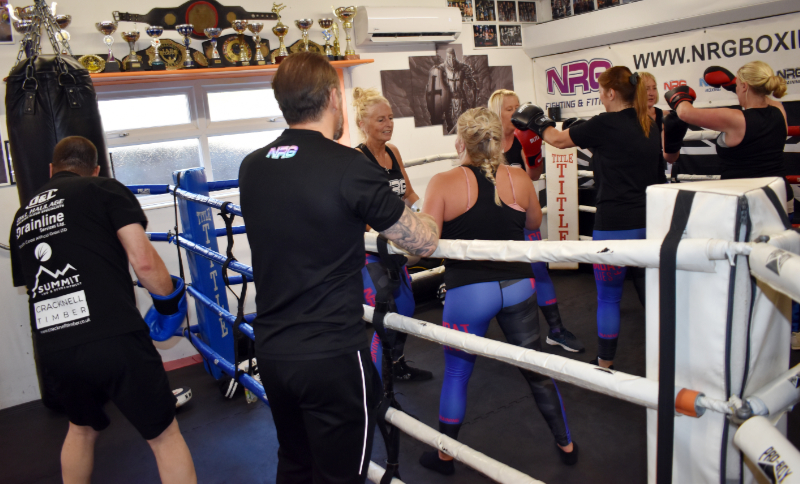 “When you’re having fun, and your body is literally working at the maximum, your brain is not thinking; ‘I don’t want to do any more exercise’.

“Instead, you’re concentrating on the boxing rather than thinking about how tired you are.

“We don’t aim for major weight loss in our gym, we aim for fitness.

Ross, who is married to Carole, has now been joined by son Brandon, 16, and daughter Bekah, 18, in the business. 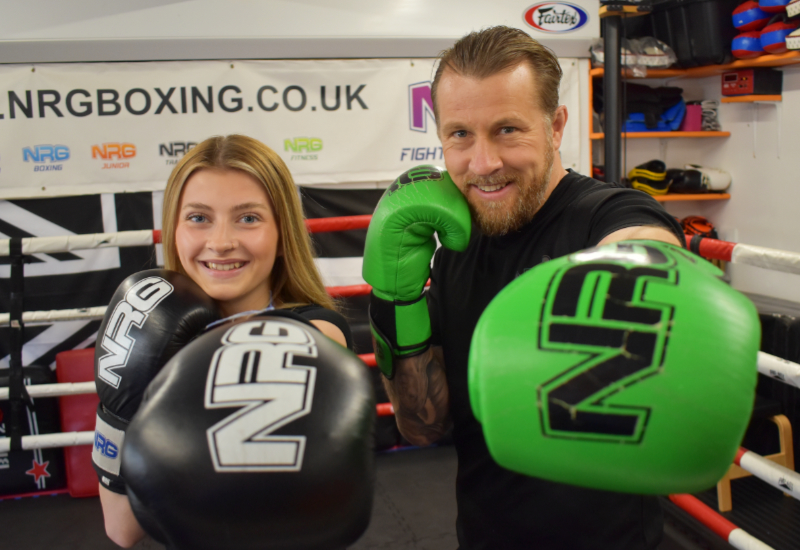 Bekah teaches youngsters from four to 16.

Brandon, the world’s youngest person to receive the kickbox blackbelt at the age of six, does the early morning coaching.

NRG Boxing and Fitness was named ‘Health, Beauty and Fitness Business of the Year’ – sponsored by BBPR – at this year’s Wimborne Business Awards.

Ross said: “It was just amazing and totally surreal. 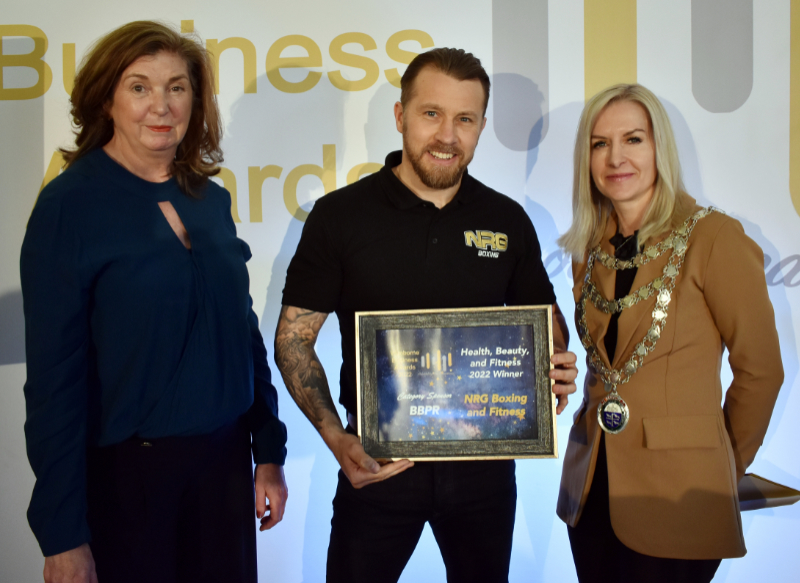 “We never expected to win.

“As a private gym there’s no membership and you can’t just turn up and train. You have to book.

“We can take up to 14 but I want to keep it small because we want to keep the attention to the students high.

“A lot of gyms will cram 30 people in for a fiver an hour and the coach hasn’t got the ability to pay them all attention.

“People come here and they don’t leave. They love it.

“The biggest satisfaction for me is the special needs class.

“They just have real fun and enjoy themselves and that, to me, is what it’s all about while getting fit.”