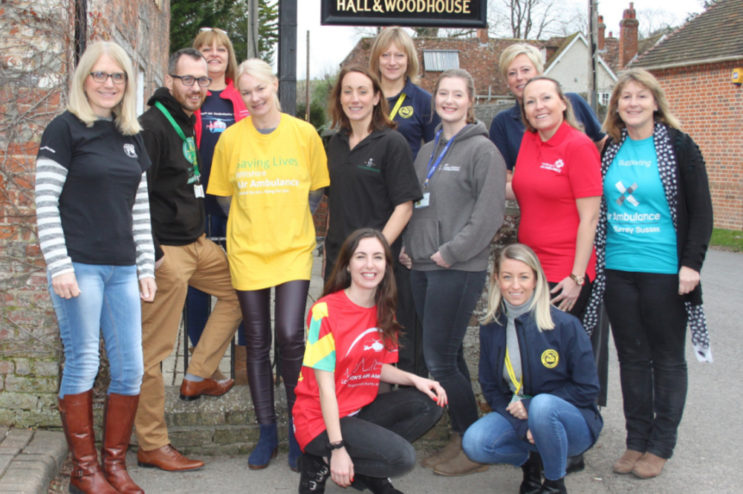 An independent family-owned Dorset brewer raised more than £24,000 for eight air ambulance charities in 2019 through its charity dish initiative.

The 52 pubs in Hall & Woodhouse’s managed house estate across the south included a charity dish on the menu throughout the year.

Twenty five pence from the sale of each dish went directly to the charities.

Through the partnership, Devon, Dorset and Somerset, Great Western, Hampshire and Isle of Wight, Kent Surrey Sussex, London, Thames Valley and Wiltshire Air Ambulances will receive support from the company. 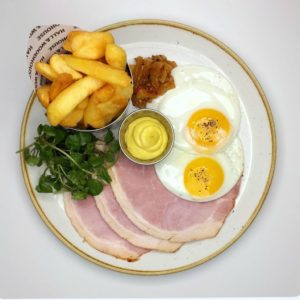 Ham, egg and chips is the current charity dish.

The current charity dish is ham, egg and chips and earlier in the year it was sausage and mash.

Lucinda Gray, Company Relationship Manager, said: “We are very grateful to all our guests for supporting our local air ambulances this year by purchasing our charity dish.

“Our menus explain this initiative, so our guests understand that through their choice, a 25p donation is going straight to the local air ambulance charities, to continue saving lives.

“This is one of many initiatives that we have created across our estate and throughout the two-year partnership, our team members have come together to raise as much money as possible.

“We are proud to have already raised over quarter of a million pounds during this partnership.”

A total of £114,287 was raised in 2018 for the air ambulance charities and the 2019 total will be calculated in the New Year, having surpassed all expectations.

The 52 pubs that make up Hall & Woodhouse’s managed house estate stretch from Bristol to Exeter, and London to Brighton.

In Dorset, Hall & Woodhouse has 14 managed houses including The Crown Hotel in Blandford, The Grasshopper in Poole and The Olive Branch in Wimborne.