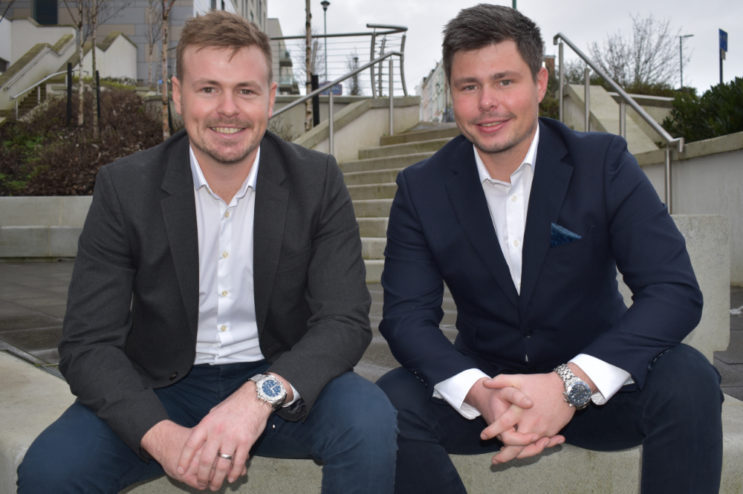 Two brothers from Bournemouth who’ve pumped £125,000 of their own money into an online property auction service have revealed major expansion plans for 2020.

Doug and Alex Haigh launched Whoobid in September 2018 in an attempt to modernise the traditional property auction process.

It uses an online auction platform which streamlines the auction process for the agent, seller and buyer.

Whoobid allows estate agents across the UK to offer 0% fees for the seller, enabling agents to compete with traditional auction houses and online agents.

Doug, 28, and Alex, 26, had 16 years’ property experience between them, including a number of successful property developments, before launching the venture.

Just over 15 months later Whoobid has more than 200 partner estate agent branches, employs ten people and is targeting a £1.5m turnover this year.

Now the brothers have announced they’re to double the number of staff this year as well as expand geographically to cover the whole country.

They currently have an office in Bournemouth, covering Dorset, Gloucestershire, Hampshire, Somerset and Wiltshire, and also a northern division based in Liverpool.

About 60 of the partner estate agent branches are in Dorset and include names such as Clifftons, Paul Watts, Ross Nicholas & Company and Slades.

“We see Dorset as a key area and not just because it’s our home ground,” said Doug.

“Property auctions are not very common here, unlike other parts of the country. Even then they only account for about three per cent of property sales in the UK.”

This allows prospective buyers to place bids on a property within a given timeframe.

At the end of the auction, the highest bidder is required to pay a reservation fee to secure the property.

The buyer then has 28 days to exchange and a further 28 days to complete.

Alex said the decision to launch Whoobid was prompted by his own personal experience of attending property auctions including a particular one in Bath.

“It was at 7pm, involved taking a full day out and there was no guarantee of getting what I wanted. We thought there must be a better way.

“While the whole property industry has moved forward in recent years the auction side is still very traditional.

“We have competitors but we put customer service at the very top of our priorities while others take more of what we’d describe as a call centre approach.”

Doug said the company’s future plans involved digging more into their own funds but the brothers were not daunted by the prospect.

He said: “We knew this was going to work but we want to take it to the next level.

“We could just stick to our southern team and have a profitable company but that’s not good enough for us.

“We want to expand so we can truly claim to be national as well as less reliant on one particular area.

“No-one else in this area is doing what we’re doing and we’re genuinely excited about the future,” Doug added. 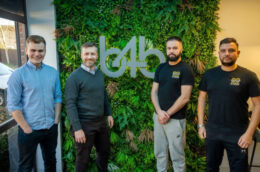 Back of the net! Agency wins praise for eSports... 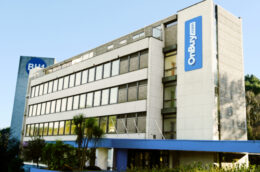 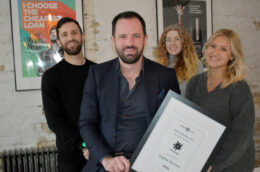 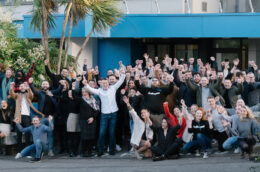