Building company’s “expertise and dedication” praised as £700,000 restoration is completed 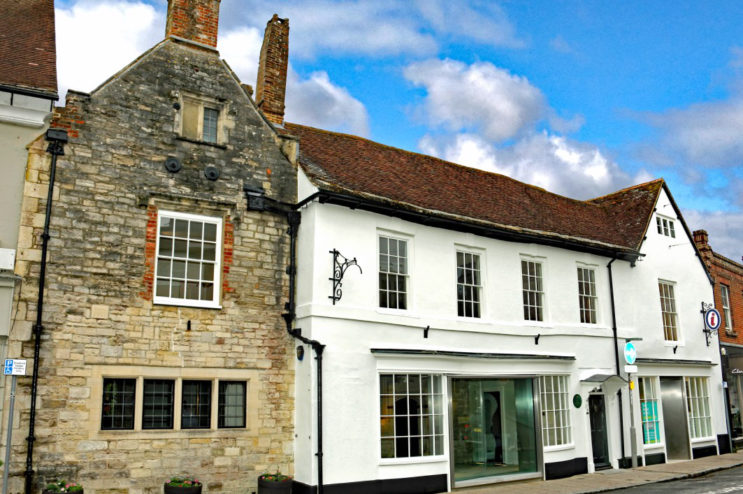 A £700,000 restoration of the Priest’s House Museum in Wimborne has been completed with the Chairman of Trustees paying tribute to the “expertise and dedication” of a Dorset building company. 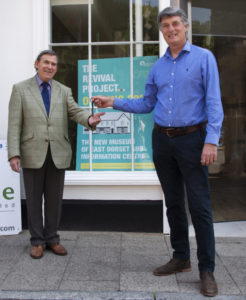 David Morgan, Chairman of the Board of Trustees, received the keys to the historic Grade II* listed building from Rob Hooker of Greendale Construction.

Work is now underway on the next phase of the museum’s refurbishment as part of a wider £1.6m National Lottery supported Revival Project.

While the museum will not re-open until later in the year, visitors will be able to see some of the transformation for themselves when the Information Centre opens on July 20. 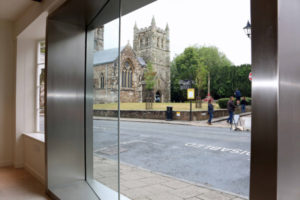 The extensive project, which began a year ago, saw Greendale Construction carry out works ranging from minor refurbishment in some areas, to a full strip-out and redecoration in others.

Works over the past 12 months have transformed the facilities, exhibition spaces and access, with new staircases, refurbished or new doors and partition glazed screens installed, and services upgraded. 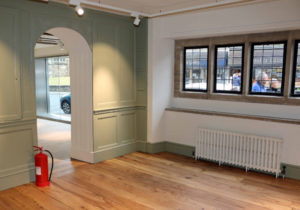 A new platform lift and ramps will allow access to the upper galleries for all for the first time.

At the heart of the project is the historic townhouse itself.

A key objective of the Revival Project was to preserve and conserve the fabric of the building, parts of which date back to the late Elizabethan period.

Unsympathetic modern building aspects have been removed to reveal historic features and visitors will now be able to see how different generations left their marks on the house as fashions changed.

James Webb, Museum Director, said:  “This has been a journey of discovery and surprises. 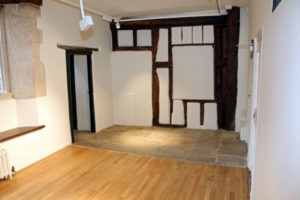 “We knew about the existence of some historic fabric from old photographs and documentation but had no idea of the extent of timber-frame walls and features that would finally be revealed.

“In one room, an area covered over for decades shows evidence of a previous extension to the house during Georgian times.

“In another room, we found a timber-frame wall covered with sheets of newspaper from the 1920s.

“A small Georgian panelled room from the 1850s has now been restored.

“The building has shown itself to be alive with history – all of which is now uncovered and preserved for future generations.

“We are so excited to begin sharing some of this work as we welcome our first visitors back to the Information Centre in July.

“We look forward to our grand reopening later in the year.” 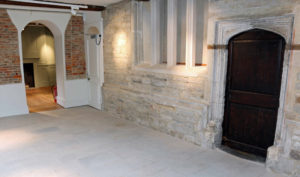 David Morgan said: “My heartfelt thanks go to all those involved in helping us arrive at this point.

“From the volunteers who painstakingly removed and recorded every object from our displays before they went into storage, to Greendale Construction for their expertise and dedication over the past year, and to all those from the community who are helping us now to create the new exhibition and display spaces.

“The completion of this restoration brings us closer to delivering our ambitious revival plans for this incredible building, making it a fitting place to celebrate and share East Dorset’s heritage in a way that is accessible and enjoyable for all.”

Rob Hooker, Project Director for Greendale Construction, said: “We feel incredibly privileged to have worked on a building of such historical significance.

“It has been a lengthy and painstaking process and, as you’d expect in a building of its age, not without some challenges along the way.

“I’m very proud of the team on site who have demonstrated great skill and care in bringing old and new together in such a sensitive listed structure – and looking around the stunning results you can see how successful this project has been.

“It is a jewel in East Dorset’s crown, and somewhere the whole community can be extremely proud of.”

The £1.6m revival project is being made possible by a £982,200 grant from The National Lottery Heritage Fund, along with partnership funding from Trusts, Foundations, local councils, businesses and members of the local community.