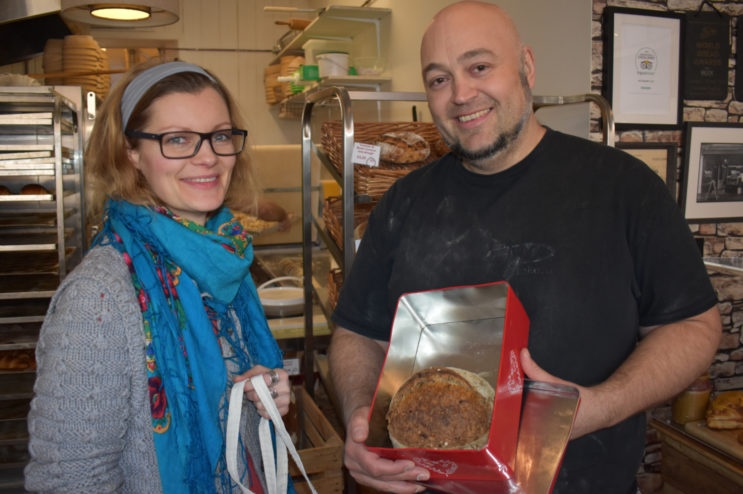 An initiative aimed at cutting the number of single use containers ending up in landfill is gathering momentum in Bournemouth.

Thirty businesses in the Southbourne area are now signed up for the Bring Your Own Containers scheme (BYOSobo).

Each has a window sticker indicating that they’re happy for customers to bring their own containers.

In addition, 14 local businesses have become plastic free champions and around 20 are signed up to the charity City to Sea’s national Refill scheme.

It reduces the number of single use plastic bottles purchased by signing up businesses to be a refill point.

As reported on Dorset Biz News similar moves are underway – or already achieved – in towns and communities across the county including Poole. 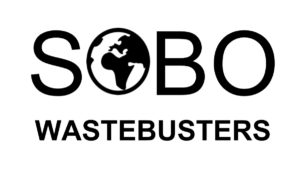 The Southbourne actions are part of a ‘3 steps to zero waste’ roadmap devised by Sobo Wastebusters.

The voluntary group was founded by Rosemary Edwards and Maria Konstanse Bruun in January last year to work towards Southbourne and the immediate area becoming more environmentally sustainable.

Community actions to date have included a ‘Reducing Waste and Recycling’ event which was attended by more than 50 people.

It was held at – and supported by – Terroir Tapas, one of the first restaurants in the country to run an entirely zero waste policy.

More than 40 businesses also attended a ‘Businesses Making a Difference’ session where best practice for reducing waste and plastic was shared. 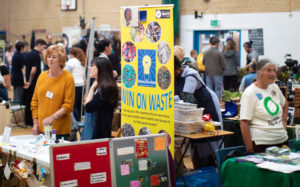 Other initiatives have included stalls at local companies and schools and the Sobo Eco Fayre last September which attracted more than 750 people.

The event promoted sustainability in Southbourne and the surrounding area and celebrated the work Sobo and other local community groups and businesses were doing.

Maria, a mother of two, said she and her partner, Michael, practised what they preached by operating a zero waste policy at home.

She said: “We’re particularly pleased at the way businesses have reacted, especially the Bring Your Own Containers scheme.

“You have to think ahead and make sure you take tins and other storage containers but once you get in the habit, it’s not an issue.

“Apart from cutting down waste, it also makes economic sense for businesses. One told us they were saving about £100 a month by not having takeaway containers. That’s a significant amount of money over a period of time.

“They might be small individual steps but by everyone doing it then we can – and are – making a real difference.” 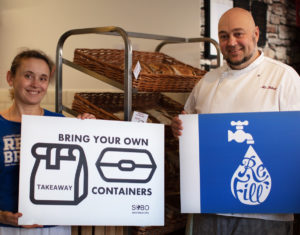 One of the businesses taking part in the Bring Your Own Containers scheme – and proudly exhibiting a sticker in its window – is award-winning M’s Bakery in Christchurch Road, Pokesdown, run by husband and wife team Istvan and Marta Nadhazi.

“Our customers are encouraged to bring their own containers.