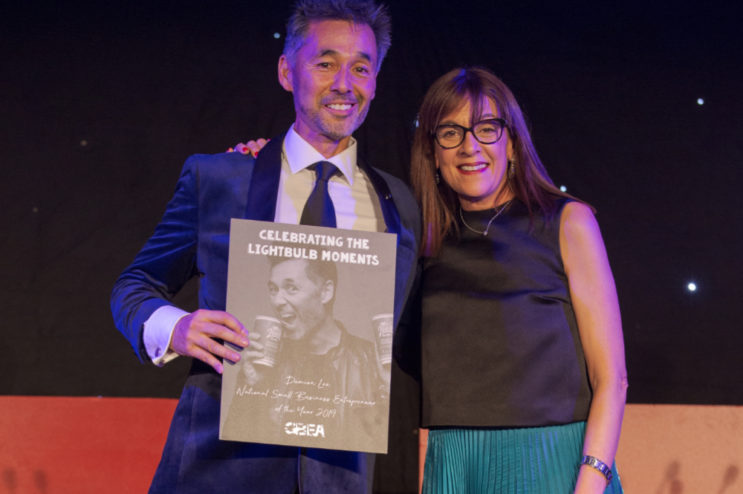 A Bournemouth businessman given just weeks to live after being diagnosed with late stage 4 cancer has been crowned the UK’s Small Business Entrepreneur of the Year. 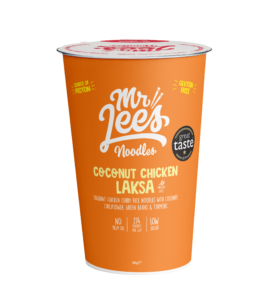 He triumphed at the national final, held in London, after already winning the London and South East regional heat.

Mr Lee said he was astonished to receive the award.

He added: “Almost 2,000 incredible entrepreneurs and their businesses from around the country were judged.

“I’m truly humbled to be standing on the stage accepting such an incredible award.

“Thank you to all my amazing team at Mr Lee’s who work tirelessly each day.”

Mr Lee, who moved to Bournemouth from London in 2013 and started a tech company, had his world turned upside down when he was diagnosed with Non-Hodgkin’s lymphoma.

At the time he was told he had just weeks to live.

Following successful chemotherapy and subsequent recovery, he decided to create a brand of healthy instant noodles with chef Andy Chu.

They are now sold in supermarkets across the UK, as well as Europe and Australia, and are stocked on airlines and trains. 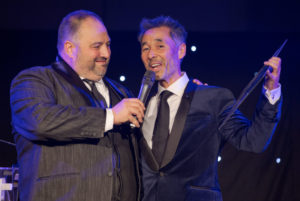 Damien Lee is interviewed live on stage by Wynne Evans.

Machines are currently running at four sites, including the University of Huddersfield and Heartlands Hospital in Birmingham, with more planned to roll out across the UK and abroad in 2020.

In July 2017 Mr Lee, a single father of two, was diagnosed with a form of neck and throat cancer entirely unconnected to his previous illness but is now in full recovery.

He has undergone more than 70 chemo and radiotherapy treatments as well as three surgeries in the past six years.

Mr Lee said: “I have no regrets of what I’ve been through – the first cancer or the second cancer.

“I believe it’s made me more determined around making great food, about our mission as a brand and to create healthier options.

More than 380 people attended the finals of the NatWest Great British Entrepreneurs Awards.