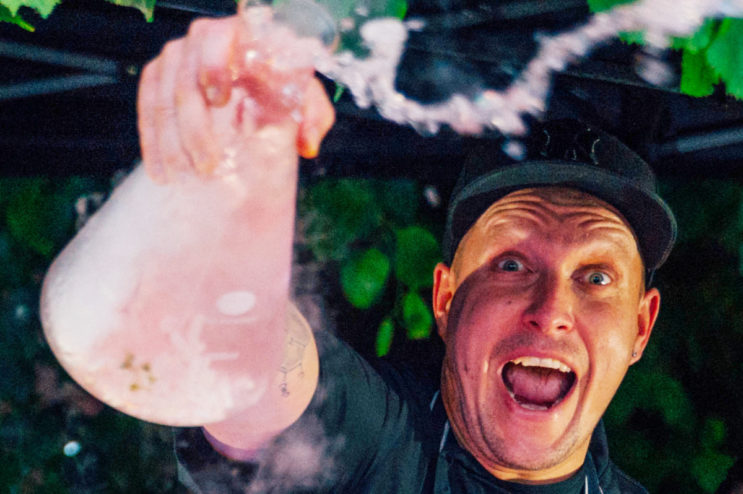 It was all mapped out.

Maciek Kijewski – better known as Magic – was to leave his native Poland and travel the world with his wife, Karolina. 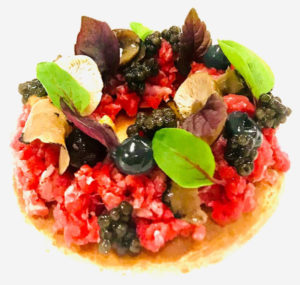 First stop was Bournemouth where his elder brother, Sebastian, was employed as a chef.

And then something unplanned happened.

He fell in love with the resort.

“We just thought it was absolutely lovely and this is where we wanted to live,” said the 37-year-old.

“All our plans for travelling came to a halt.”

Next step was to find a job.

A carpenter by trade, Magic had always enjoyed cooking. 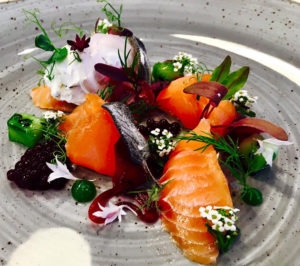 His dream was, like his brother, to be a chef but first he had to prove himself.

He started work as a kitchen porter at Bournemouth’s Hilton Hotel.

It wasn’t long before his hard work and skills not only acquired him the nickname ‘Magic’ but also promotion to chef.

“I had my first set of whites and knives and was just so proud,” he said.

Magic was now well and truly on the way, perfecting his particular type of fine cuisine.

He worked for a number of employers including Marriott and Beales Gourmet where he was Head Chef from 2012 until 2014.

Magic said: “One day I found my fingers were numb in my right hand.

“I couldn’t hold a knife or do anything.” 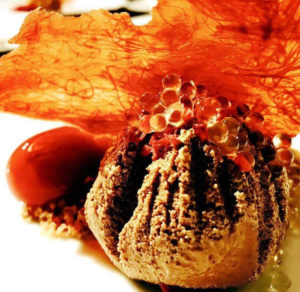 Doctors diagnosed carpal tunnel syndrome (CTS), a condition where the carpal tunnel inside the wrist swells and squeezes one of the nerves.

For some, CTS can clear up by itself.

In more serious cases, including Magic, surgery is required.

“The NHS were brilliant but I ended up with five months off work. That was very tough,” he said.

As, slowly, movement returned to his right hand, Magic busied himself putting together salads for friends and family.

It wasn’t long before others were clamouring for a ‘Magic Lunch Box.’

It was the beginning of his new business.

Magic said: “I was absolutely broke but my wife put in £50 and so began Molecular Magic Creative Catering.”

That was 2015 and from Day One trade has been brisk. 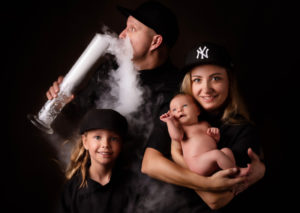 “I was working 20 hours a day, and also looking after my daughter, Julia, then aged three.

“My heart is in fine dining, creating spectacular dishes and using the very best ingredients.”

Magic soon branched out from corporate buffets and private dinner parties to weddings – the first one was three years ago – and large events catering up to 500 people.

At the centre, and very much hands-on, is Magic, a father of two.

He said: “I like a balance of clients, catering for numbers from two to 500, but I always want to have personal control to ensure things are done to my standards.

“All my staff are local freelancers who are tried and trusted. I don’t use any agencies.

“My business has doubled every year since it started but it’s all down to referrals and word of mouth.

And so to the coronavirus pandemic.

Magic was due to cater for 5,000 covers between March and July.

All have been postponed and some may be cancelled.

But, he said: “All our client deposits are secure and we will just pick up where we left off when things start to return to normal.”

Magic is full of praise for his wife, Karolina, Branch Director for a local recruitment firm. 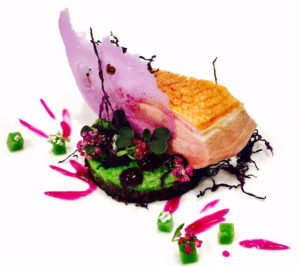 “She is a key part of the business, helps with some of the admin and has always been a great support. After all it was her £50 which started the business,” he said.

Magic added: “I have a lot of pride in the business.

“I love what I do and do what I love.

“I’m not planning to take over the world.

“I just want to stay busy, be creative and make our clients happy.

“You could say it’s the Magic touch!”