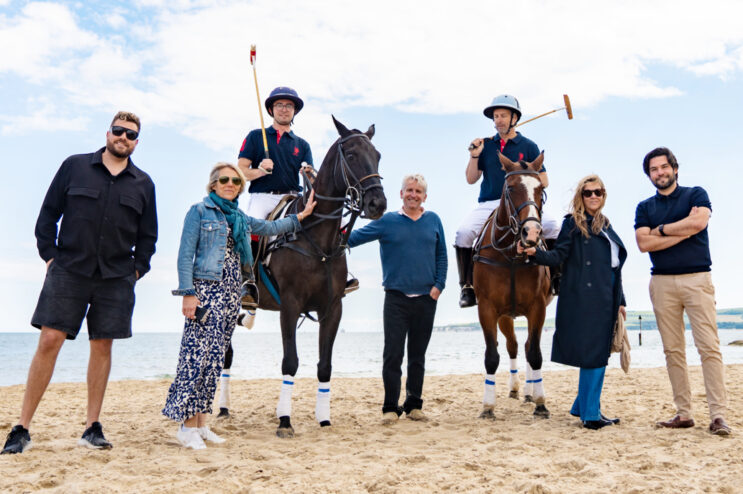 Finishing touches were put to next month’s British Beach Polo Championships when polo players and the Sandpolo event management team met at Sandbanks.

Team Whispering Angel and Singha were able to test the sand and pony fitness on the beach, as well as talk team tactics.

This year the championships, known as Sandpolo, celebrate their 15th anniversary with a spectacular weekend on the golden beach of Sandbanks.

A record-breaking 6,000+ guests are expected to attend from around the UK and abroad.

The boutique two-day social event, on Friday July 8 and Saturday July 9, is promising a glamorous and fun day out for everyone.

Throughout the afternoon, guests can watch fast-paced professional polo, played in a beach arena, while enjoying a glass of rosé or champagne and food. 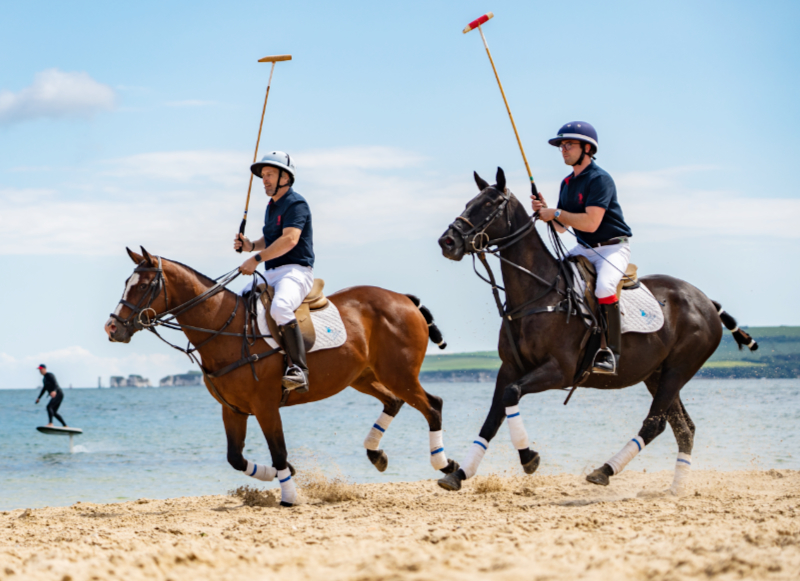 From 7pm each evening, as the sun starts to go down, the beach parties commence, with entertainment taking to the stage with Old Harry Rocks and the Isle of Purbeck as the backdrop.

This year’s Friday evening party ‘Boogie on the Beach’, a soul, Motown and disco concept event, stars The Real Thing.

Saturday’s Sandpolo weekend closing party welcomes the 14-piece Ibiza Classics Orchestra to the stage, alongside Soul II Soul’s Jazzie B, and an array of bands and DJs.

Johnny Wheeler, Sandpolo Founder said: “With around a month to go we are confident the planning is as good as ever, the teams are well prepared and ticket sales have never been stronger.

“What’s great about the weekend is that it’s a special event for everyone, an excuse to dress up and let your hair down. 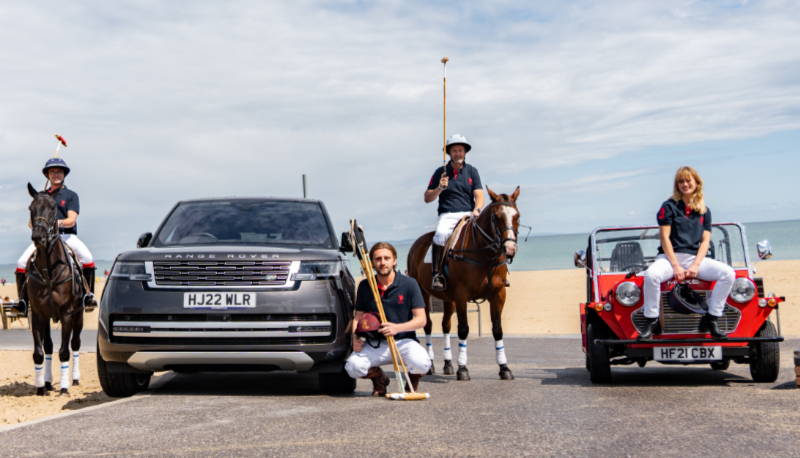 “This year we are back, bigger and bolder, with some incredible artists booked for the parties, and the polo players are raring to compete in front of the eager spectators.

“We have a wonderful local following, but there are also plenty who travel to Dorset to attend each year.

Alongside various VIP areas, guests with general admission tickets benefit from entry to Sandpolo from 1pm-1am, ringside views of the polo, access to the main party marquee, bars, and food village, casual seating, and the after-parties.