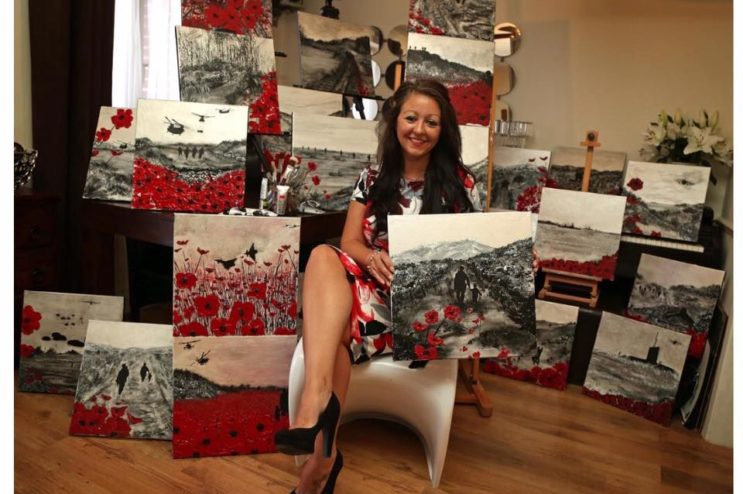 Remembrance artist Jacqueline Hurley, from Bournemouth, who has partnered with The Koin Club.
By Andrew Diprose, editor editor@dorsetbiznews.co.uk

Dorset has played a central role in the launch of the world’s first legal tender War Poppy coin which will act as a poignant tribute to the armed forces. 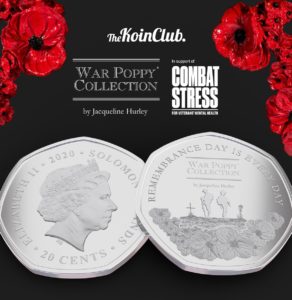 Jacqueline has been one of the UK’s foremost Remembrance artists since 2016.

To date, the War Poppy Collection, which also includes silver notes, prints and other coins, has helped raise more than £100,000 for Combat Stress.

“The coin really is a poignant tribute to our armed forces and we hope to continue raising money and supporting the charity Combat Stress for many years to come.”

The ‘Remembrance Day is Every Day’ legal tender coin is on sale for 50p plus postage and packaging.

Founded in 2012, The Koin Club is one of the UK’s largest producers of medals and commemorative coins for consumer and business markets.

It has also raised more than £100,000 for the UK’s oldest national tri-service military charity, SSAFA.

And the ‘Thank You To Our Key Workers Coin’, launched in April, saw 100 per cent of net sales donated to the National Emergencies Trust, raising £100,000 for the nationwide disaster charity.

The Koin Club has also partnered with brands including The Royal Mint, Disney, Marvel and Star Wars.