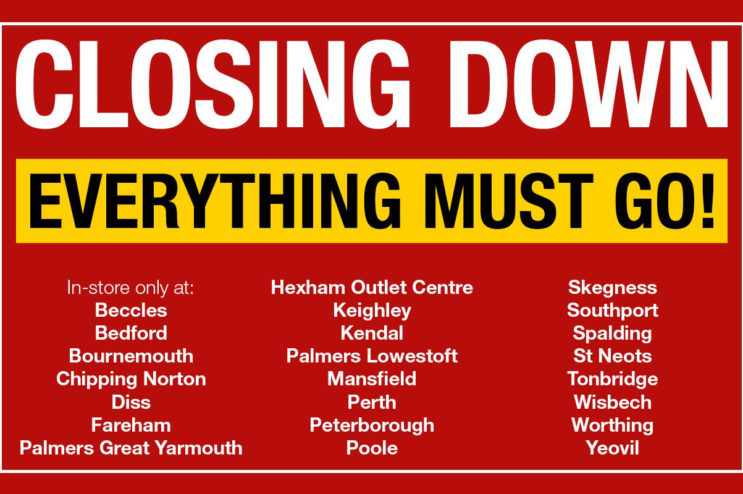 Bournemouth Chamber of Trade & Commerce (BCTC) says it is ‘deeply saddened’ by the news that Beales has gone into administration.

And a former President says Bournemouth without the store is ‘hard to imagine.’ 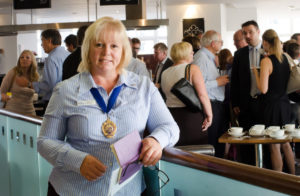 Mandy Polkey, BCTC Past President, pictured at a Beales Breakfast Club and wearing the chain of office which was gifted by the store group.

KPMG were appointed administrators for the 139-year old retailer on Monday.

The Bournemouth-based group has 23 stores – 22 in England and one in Scotland.

All will continue to trade as a going concern while options are assessed for the business.

Staff have been retained by the joint administrators to assist in trading the stores.

BCTC said it had greatly benefited from a close and long-running relationship with Beales.

This was underpinned by its gift of the chain of office which each new President wears while on official duty.

In addition, the ‘Beales Breakfast Club’ became an established part of BCTC’s networking events for many years.

The relaxed free monthly event was a proven popular formula with companies who did business in Bournemouth.

They benefited from a hearty breakfast without formal introductions but allowed them the opportunity to form individual business contacts.

Mandy Polkey, BCTC Past President, said: “It is very sad that Beales has gone into administration.

“Beales has been such a landmark and lead retail establishment in our town, it is hard to imagine it gone.

“Tough trading and challenging times make it difficult for even the most experienced and knowledgeable of retailers to perform well in these conditions.

“At BCTC we have been very proud to be closely associated with this business over the years and are very sad to see the recent headlines.

“We sincerely hope that a way is found for the store to continue trading and wish Tony Brown [Chief Executive Officer] the best of luck with his endeavours.”

The Chamber pointed out that company founder, John Elmes Beale , knew how to add a touch of theatre to the Beales’ shopping experience.

In 1885 he came up with the idea of having a live Father Christmas parading in the shop and showrooms.

Additionally, a shop-walker in tailcoat and striped trousers would welcome customers, recognising the well-known ones and conducting them from their carriages to the appropriate counter.

In 1912, Father Christmas arrived by air, waving to the crowds from an open cockpit before being flown back to a field in Pokesdown, to return to the shop by road.

The following year, the shop introduced the Easter farm, which was to become a popular seasonal fixture.

The Chamber said Beales of Bournemouth became an institution and expanded in the 1960s with Bealesons, an offshoot of J. E. Beale & Sons Ltd which remained in the family throughout its history.

Its demise came in 1967 with a bad tourist season with people, not familiar with the town, confused by two stores with virtually the same name.