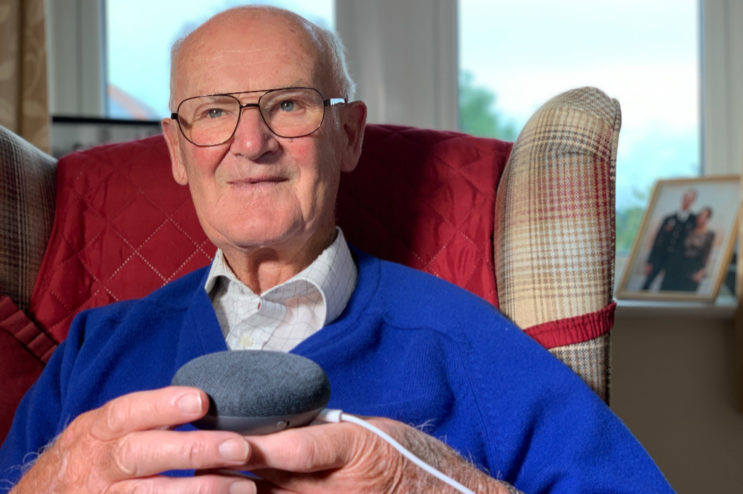 John Winward, one of the residents taking part, with a Google Assistant, used as part of the study.
By Andrew Diprose, editor editor@dorsetbiznews.co.uk

A study by a Dorset digital agency into how voice technology can alleviate loneliness in older people has been declared a success.

According to Age UK, more than 1m over 75’s in the UK go for more than a month without speaking to a friend or family member.

Half a million go at least five days a week without speaking to another person.

Bournemouth-based Greenwood Campbell is the digital partner for Abbeyfield, a registered charity which provides sheltered housing and care homes for elderly people.

At an internal workshop, the agency came up with the idea of supplying Abbeyfield residents with voice-activated assistants.

The aim was to make the residents feel there was a presence in the room with them.

Five residents at Abbeyfield’s Westbourne House in Bournemouth agreed to take part in the study.

The house manager also connected Greenwood Campbell with Professor Arlene Astell, of the University of Reading, so an academic insight could be gained into the project

Six members of the Greenwood Campbell team visited Westbourne House and set up the selected residents with their personal voice assistant.

They personalised each Google Home device and provided residents with ‘cheat sheets’ to make the most of the features such as asking for the weather or time, playing music, helping with crossword answers and playing games.

The Greenwood Campbell team made return visits at least once a fortnight so any difficulties or questions could be resolved.

With the full permission of residents, every conversation between the team and resident was recorded to keep track of progress.

The feedback from residents included:

The data was then compiled by Greenwood Campbell before being submitted to Professor Astell at the University of Reading.

She confirmed that the use of voice technology had the ability to make a huge impact on the lives of elderly people and that the possibilities were ‘endless’. 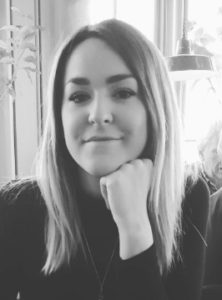 “It’s been such an amazing journey to have met the residents from Abbeyfield, and to have seen the positive effect using Google Home devices have had on their feelings of loneliness.

“I’m looking forward to seeing the continued improvements, and hope to see this project rolled out further.”

Greenwood Campbell is now talking to Abbeyfield about potentially expanding a similar scheme to other sites across the UK.