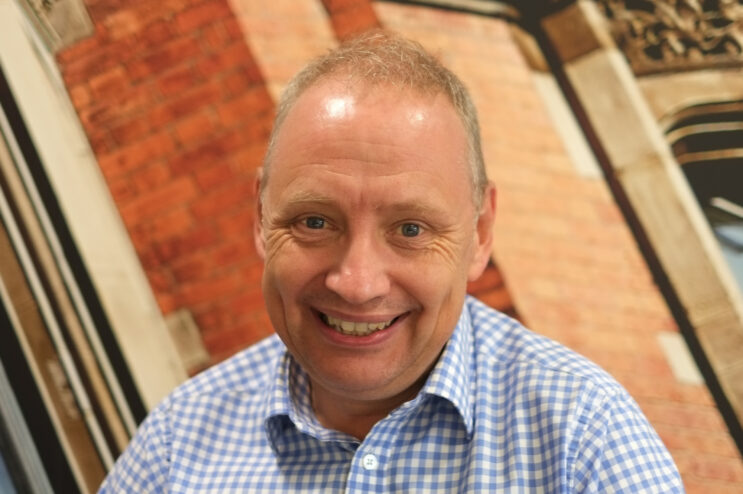 A technology specialist at Dorset-based Spyrosoft has been recognised as one of the 100 most influential business leaders in the country.

Duncan Johnson is named in the CIO 100 for 2021, a list of the country’s leading Chief Information Officers working with progressive and growing independent companies.

It’s the latest recognition for the Ferndown-based UK arm of Spyrosoft which, earlier this year, was named by the Financial Times as the fastest growing technology company in Europe. 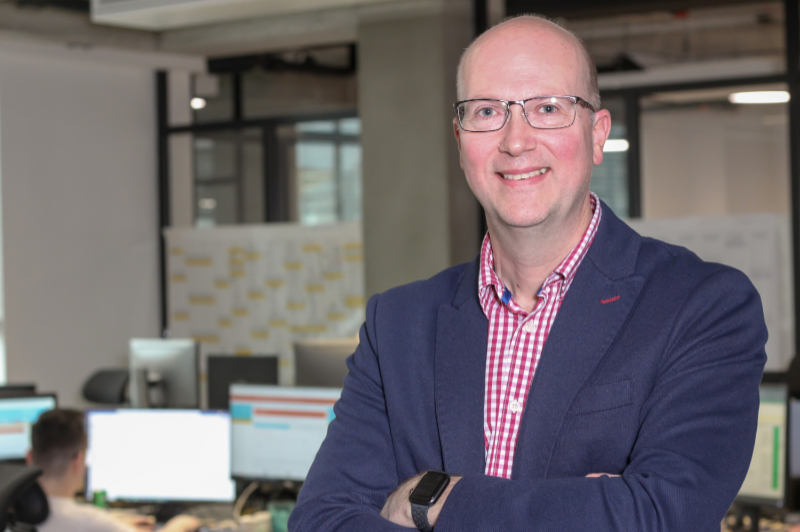 Duncan, along with Co-Founder Andrew Radcliffe, pictured, has driven Spyrosoft forward during a period of rapid growth and development.

The firm has also developed its own debt management software, aimed at banks and financial services.

Duncan’s leadership in developing three-way partnerships with larger clients and local SMEs, including making Spyrosoft Academy’s training programmes available, free of charge, to all clients, was cited in his listing by CIO magazine.

Duncan said: “I am delighted to have been named in this prestigious list of the top 100 CIOs.

“But this is a reflection of the work of the whole of the Spyrosoft team without whom none of these developments, and the growth we have seen as a business, would have been possible.

“Spyrosoft truly is at the cutting edge of technological development of workplace practices and we are helping some of the biggest companies and organisations in the UK to create the systems that make their businesses work better.

“We have come a long way as a business in the past two years – I am proud to have been a part of that and to be able to push the boundaries of what technology can deliver further still.”

The CIO 100 recognises the most transformational and disruptive CIOs in and from the UK.

It celebrates technology and business leaders driving change at their organisations.

The Westbourne-based business was named winner within the ‘Dorset Cluster’ category.

The Cluster Awards have been developed by Tech South West to celebrate great tech initiatives and organisations across the South West, in particular local tech cluster areas.

Passenger was launched in 2015 and emerged from CEO Tom Quay’s vision to make public transport a first-choice option for anyone travelling in the UK.

Today, the company works with 84 bus operators – equating to 24 per cent of the UK market – and its technology solutions connect 7,448 buses across the UK. 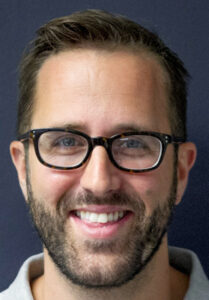 Tom, pictured left,  said: “We’re proud to have been recognised for our work as part of Dorset’s flourishing tech community, bringing innovative technology solutions to public transport operators across the country.

“Our growth is testament to how much of a difference our products have made to date for both transport operators and their customers.

“Collaboration is crucial in changing outdated perceptions of public transport.

“We are incredibly lucky to work with so many hard-working operators and our success today is shared with each and every one of them.” 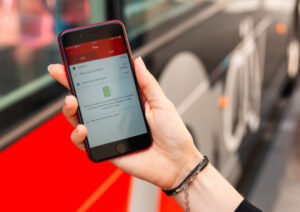 One notable collaboration for Passenger in 2021 has been with Go-Ahead Group, working with its portfolio of operators to offer customers streamlined ticket purchase options and real-time journey information.

Passenger successfully rolled out 17 apps, followed by nine new websites over a nine-month programme of transformation.

As reported on Dorset Biz News, its myTrip multi-operator app took home ‘Travel App of the Year’ at the UK App Awards earlier this month. 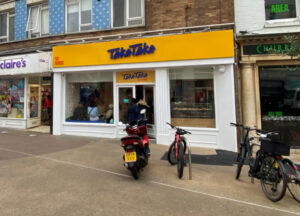 Following an extensive fit out, Taka Taka has now opened its fifth store.

It fronts the pedestrianised Beale Place.

Grant Cormack, of Goadsby, said: “It was great to work with the Taka Taka team over the last few months and to finally see their impressive fit out of the store.

“This letting is another addition to the ever-growing food and beverage scene within this section of Old Christchurch Road, with further openings due in the coming months.

“It was a pleasure to work jointly once again with Patrick Willis of Primmer Olds BAS.”