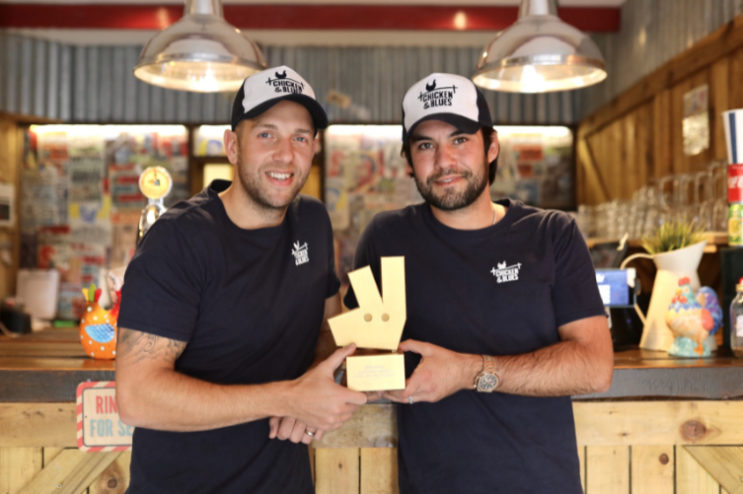 A restaurant chain with three sites in Bournemouth and Poole is set to hit the expansion trail after triumphing at the first-ever Deliveroo Restaurant Awards.

Co-founders Joshua Simons and Steve Crawford were presented with the award by Jasmine Hemsley, the author, TV presenter and founder of Hemsley + Hemsley, in front of a 500-strong audience at Shoreditch Town Hall in London.

C&B will now be part of a national Deliveroo campaign, worth £30,000, which is expected to put the brand firmly on the map.

It has also revealed plans to raise between £500k-£1m early next year with the intention of growing from the current three sites up to ten.

Ashley Brown, formerly of London’s successful Haché Burger chain, has joined C&B as its new Chief of Operations to prepare for the expansion.

The company plans to expand out of Bournemouth and up the M27/M3 corridor, potentially starting with Southampton.

Mr Simons said the Deliveroo award was a “massive event” for C&B and the victory had taken time to sink in.

He added: “This is a momentous occasion for us, and the first time we have won a national award.

“The hard work of our teams, and the ever-loyal support of C&B fans made it happen.

“The award was decided purely on a public vote, so to win is incredible, given the brands we were competing against. We’d like to thank everyone for their support.”

Mr Crawford said that six years after C&B first began life in Boscombe “we feel like we have made some great progress recently.”

He added: “This award means the world to us, and we now prepare ourselves for steady expansion of the brand in 2020.”

C&B’s three sites are in Boscombe, Ashley Cross and Winton, serving more than 6,000 customers every week.

The company expects to post sales of ‘well over £2m’ in the coming financial year.

C&B now fulfils more than 1,000 Deliveroo orders per week and the number is growing.

The next addition will be a 200-cover social dining concept encompassing multiple food brands from the same kitchen.

Called The Flamingo it is due to open early next year in Winton.