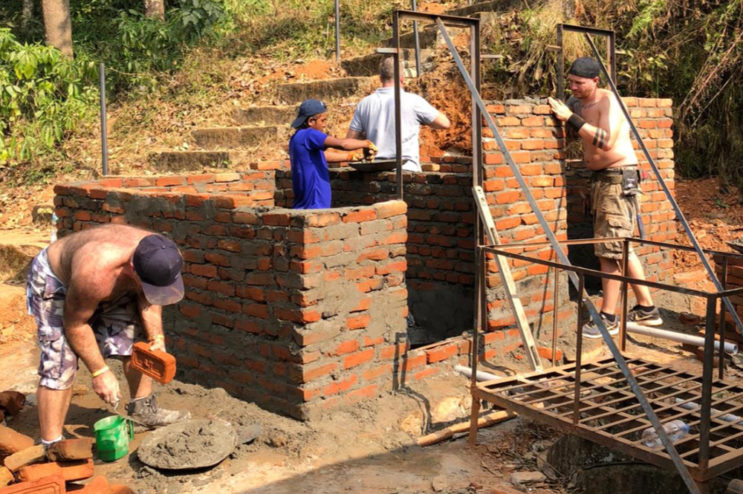 Delighted children lined up in formation – and locals laid on a traditional ceremony – after a team of tradesmen and women from Dorset spent six days giving a Nepalese school a complete makeover.

The volunteers, sponsored by Poole building control consultancy MC Plan & Site Services, returned to the UK weary but euphoric after the Nepalese trip. 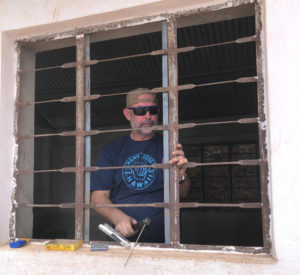 They left Blighty for the 12.5 hour flight to Kathmandu via Doha followed by a five hour bus trip before arriving at their accommodation at Nuwakot, a ten minute walk from the  school.

The aim was to transform the local school and help the community move on with their lives, following the 2015 earthquake.

Helen Cook, Director of MC Plan & Site Services said: “I’d forgotten about the utter chaos of Kathmandu and the traffic.  What an experience of utter madness in the city centre.

“Locals kept asking to take photos with the ‘A’ Team as few had seen white faces, especially ones like Tim (Collier, Lilliput Electrical Ltd) who is nearly 7 ft tall.

“Tim wired up a whole classroom in the first day and then proceeded to finish the other seven ahead of schedule.

“He then took over some of the high-to-reach places for the painters. 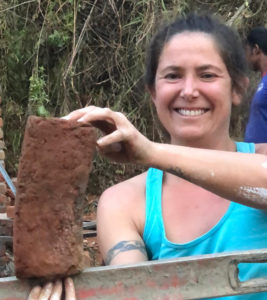 One of the ‘wonky’ bricks used for the toilet block.

“A toilet block was built in the six days we were there, with extremely ‘wonky’ bricks.

“However, the end result with flushing toilets and running water was worth the frustrations of getting levels straight.

“There was a sheer edge alongside where the children walked and played.

“We levelled this, set sturdy fence posts and erected a safety fence to protect the children and provide a safe play area for them.”

Mark Cook, Managing Director of MC Plan & Site Services, spent the whole week welding window frames together and had an enviable ‘weld’ tan by the end of the project.

Although the original plan was to break for lunch each day, from day two onwards the team were so dedicated and determined to get everything done, and more, that they worked through every day.

One of the additional jobs they did was to erect a handrail both sides of the 60 steps to access the school.

All classrooms were painted inside and out and carpets were fitted in the nursery, kindergarten, and the school office areas.

Helen said: “To see the joy and smiles on the children’s faces was the best feeling ever. 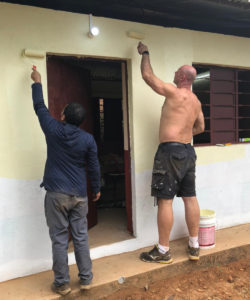 “The school Principal described it as a dream.

“We were treated to a true Nepalese ceremony for the community to express their gratitude to us and we were sad to leave, although not to say goodbye to the cockerel who woke us regularly throughout each night!

“For each and every one of us this is most definitely an experience that will stay in our hearts forever.” 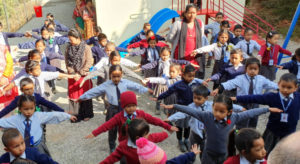 Grateful schoolchildren line up in a ‘thank you’ formation.

The Just Giving page is still open and available to receive donations from individuals and local businesses.

Hundreds of thousands of Nepalese were made homeless with entire villages flattened across many districts of the country.