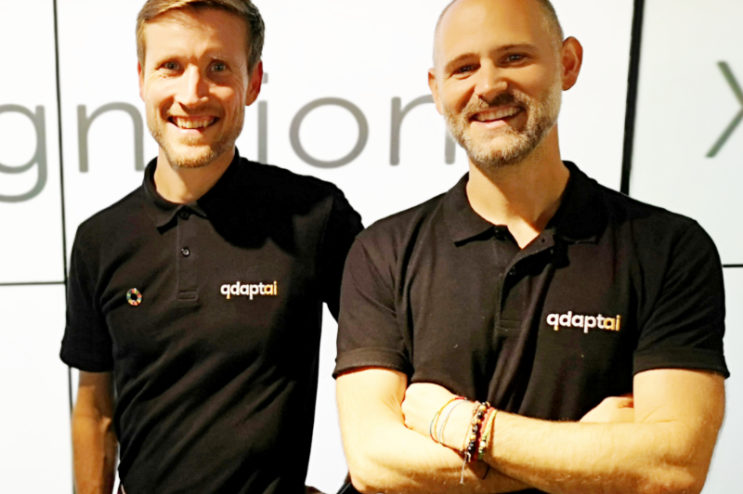 A company founded by two entrepreneurs in Dorset is seeking to transform the way people and organisations adapt to change.

Ross Thornley and Mike Raven have secured $500,000 worth of funding from ten investors for their venture called Adaptai.

Working with partners across the world their mission is to alert – and then guide – organisations and their employees through what is expected to be nothing short of a revolution in the workplace, chiefly brought out by artificial intelligence.

“Forty per cent of jobs that exist today will not be there in ten years’ time and 375 million people globally will need to change their jobs.

“Fuelled by technology, change is coming at a rate that exceeds our ability to adapt.

“The arrival of artificial intelligence has huge effects on business and society generally.

“The simple truth is that unless companies and organisations change and adapt they will die.”

The pair, who are former graduates of Bournemouth University and the Arts University Bournemouth, say their company has two key aims:

Mike said: “The market is huge because of the impact artificial intelligence will have on so many sectors such as insurance, transport and healthcare.

“But we’re optimists. We believe it is possible to change and adapt but you cannot bury your head in the sand.

“The fact is that one chatbox available 24/7 could replace an entire customer service team so you have to look at other ways companies can deploy their staff.

“It’s about empowering individuals and organisations to take control of their own destinies.” 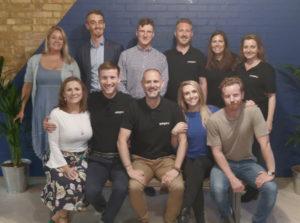 The Adaptai launch team at an ‘unlearn’ event in London.

Adaptai, which was founded a year ago, is working with IE Business School and IE University in Madrid and has its Sales Director in Toronto, Product Manager in Barcelona and development team in India and Bulgaria while a new Chief Operating Officer – Lee Groombridge – will be based in Bournemouth.

It has developed its own Adaptability Quotient Index assessment tool which measures adaptability across three core dimensions: ability, character and environment.

The company has secured work around the world, typically with companies and organisations from 25 people up to 5,000, and alligned itself to the 2030 agenda – the 17 global goals set up by the United Nations as a ‘to do list’ for the planet.

They include goals #8: “decent work and economic growth” and #9: “industry, innovation and infrastructure”.

Ross, 40, founded RT Brand Communications Ltd in 2000 and spent more than 17 years with the company while Mike served as RT’s Innovations and Partnerships Director from 2014-17.

Mike said: “Although our company has global aspirations both Ross and I are very proud of our Dorset heritage.

“It’s a great place to be creative with a very good support network as well as a fantastic place to live.”