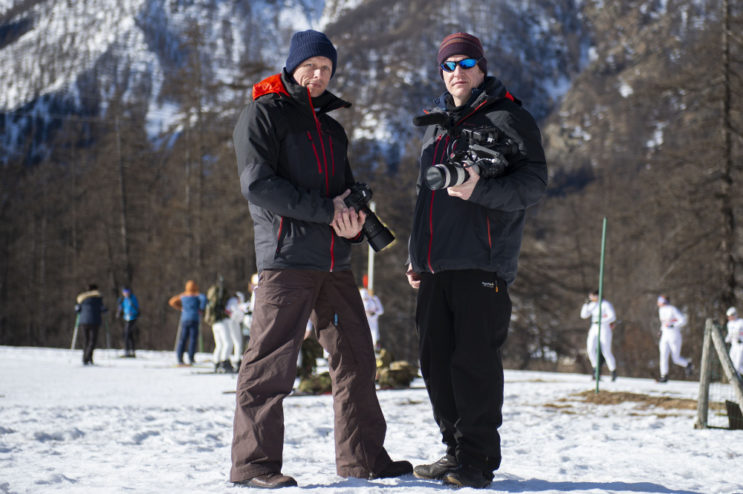 Gary Kendall and Russ Nolan out on location during their time as army photographers.
By Andrew Diprose, editor editor@dorsetbiznews.co.uk

Two former army photographers who now run a thriving video production company are urging other ex-military veterans to consider starting their own business.

Gary Kendall, 44, and Russ Nolan, 42, served in the British Army as a driver and tank mechanic respectively before retraining as photographers.

Such was the competition for places on the 40-strong unit that it was said to be statistically harder to join the photographic team then be selected for the SAS.

The pair then travelled the world photographing and videoing the Army in action. 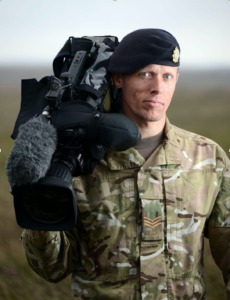 Gary pictured in his Army days.

Gary, who comes from Dorchester, said: “It was literally from the jungles of Brunei to Norway and Afghanistan.

“Wherever the Army was then we were there as well. Jumping in and jumping out.

“Our pictures could be used for archiving activities for historical purposes or published in the media.

“It was the most fantastic job and I absolutely loved it.”

Meanwhile Russ, who lives in Devon, covered everything from photographing the funeral of Baroness Thatcher at St Paul’s Cathedral to covering the Welsh Guards taking part in the 65th Victory in Europe parade on Red Square, Moscow.

Between them they spent more than 20 years as army photographers and a near 50 years in the British Army in total.

Latterly Gary and Russ specialised in video production, operating and working in extreme and hazardous conditions.

Their work included providing high quality video footage for internal use as well as regional and  national broadcasters. 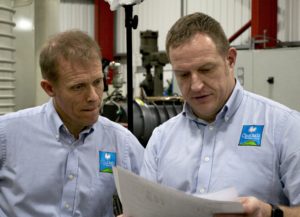 Gary and Russ on location with Cloudhill Productions.

It set them thinking…

Gary said: “I mentioned to Russ back in 2015 that I was considering starting my own business on leaving the Army and would he be interested?

“When the time came to leave we had the equipment and the business ready to go.”

Today their company – Cloudhill Productions – specialises in corporate, training and promotional videos for use on websites and social media platforms.

A lot of the work comes from veterans as well as through word of mouth.

Gary said: “The path out of the military is hard and our knowledge of business was pretty limited but our focus on people is one of our strengths.

“We have used local networking to build up our relationships and veteran groups to work with like-minded ex-forces. 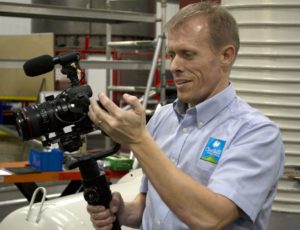 “There are lots of resources out there that have helped us on our journey including organisations like Dorset Growth Hub.

“Anyone leaving the forces or has just left – and there is a strong military community around here – should know that there are opportunities for them and they should seriously think about starting their own business.” 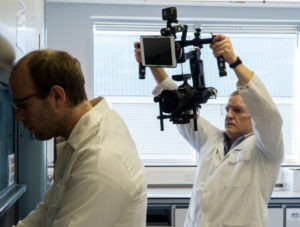 Russ added: “We’ve known each other a long time and our skills complement each other.

“Serving in the forces makes you very adaptable and that works well in a business sense.”