Fancy learning a new skill over coming weeks? Then Screw It, Just Do It, says podcaster Alex 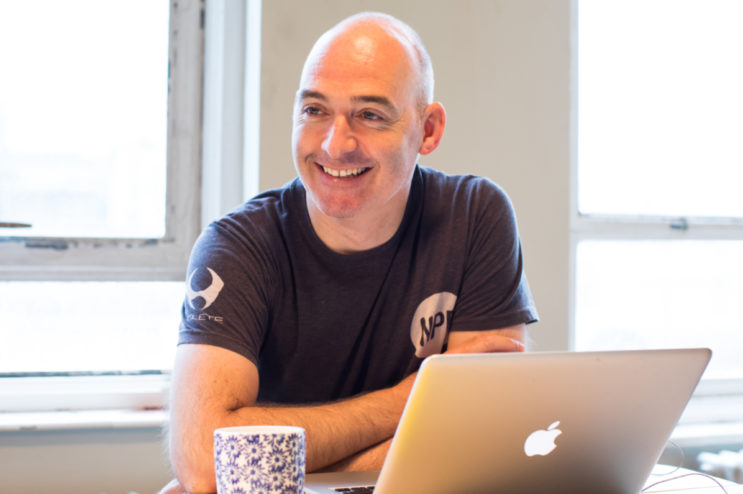 Alex Chisnall, Founder, Screw It, Just Do It.
By Andrew Diprose, editor editor@dorsetbiznews.co.uk

Entrepreneur and podcaster Alex Chisnall has launched a free to join Facebook Group aimed at anyone with an entrepreneurial spirit who wishes to learn a new skill during the current crisis.

Podpreneur, a daily live stream, provides advice and guidance on starting, and monetising, your own podcast.

It was launched at the end of March and – in just over a week – has already grown from 13 to 338 members in more than ten countries.

Alex said: “I basically take people from working out what they want to podcast about and to whom, right through to how to record content and edit, using equipment that’s already available on your phone and laptop for free.

“I also teach people how they can find their voice, dispel imposter syndrome and share their message with the world. 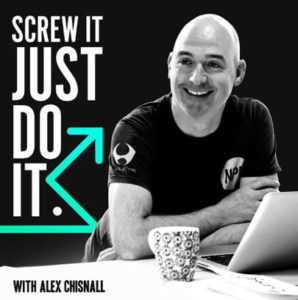 “My motivation is wanting others to experience what I have through launching my own weekly business podcast, Screw It, Just Do It, back in 2017.

“Since launching to two downloads in week one I have grown my podcast to listeners in 140-plus countries and #1 ranking everywhere from the UK to Uganda.”

Alex, who lives in Poole, began his career in 1992 as a trainee journalist at BBC Radio Wales interviewing everyone from heavyweight champion of the world Lennox Lewis to Neil Kinnock, then Leader of the Opposition. 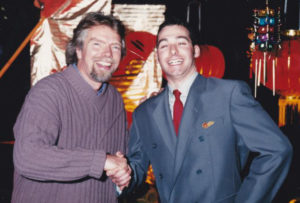 Alex pictured with Richard Branson while working for Virgin Atlantic.

Two years later he joined Virgin Atlantic as cabin crew, working his way up to Manager, before taking voluntary redundancy in 2009 after being inspired by Sir Richard Branson to start his own business.

Alex ran the online tech platform Not In The Gym, and also The Body Clinic at the Littledown Centre  and, from 2013, Sandbanks Yacht Company.

In 2015 he renewed his Virgin links as first a mentor before transitioning to a part-time then full-time Business Advisor for Virgin StartUp.

Two years later he was asked to deliver the Virgin programme to all regions of the UK through StartUpU, providing funding and mentoring as well as inspirational and educational events.

Alex now helps brands and entrepreneurs to tell their stories via the power of podcasting after founding his podcast agency – Screw It, Just Do It – after the success of his own podcast.

He is also an advisor for global startup generator and early-stage venture capital firm, Antler.co, and also chairs the Accelerate Event Series for British American Business, the US Chamber of Commerce in the UK.

Alex said: “I started out in audio at BBC Radio Wales and feel like I have come full circle after re-discovering audio, albeit in a new format.

“It’s only taken me 40 years to discover my true calling in life – helping others learn how to find their voice, amplify their message, through the power of podcasting.”