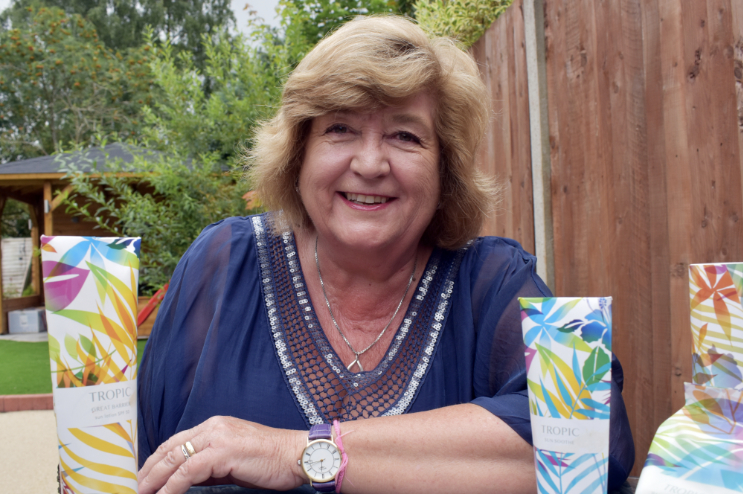 Jane Popperwell: “I don’t see this as a job and that’s why retirement is not for me.” Picture: Dorset Biz News.
By Andrew Diprose, editor editor@dorsetbiznews.co.uk

“Retire? Me? Absolutely not!”

Jane Popperwell, 66, may be at the age when, perhaps, thoughts turn to a quieter life.

Not for Jane, though.

She’s having too good a time empowering women across Dorset to take control of their own lives by becoming a Tropic Ambassador. 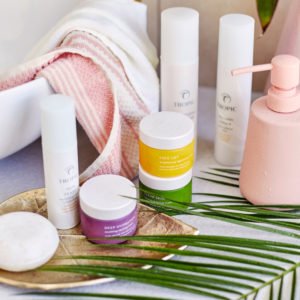 Founded by Susie Ma, who came to this country from Australia in 2002 with nothing, the business got its big break in 2011 with The Apprentice.

While Susie didn’t win she did receive a fat cheque from Lord Sugar to get the business up and running after giving him products for his wife to try.

Tropic has turned over £160m in seven years and now employs 16,000 self-employed ambassadors.

Many are women wanting a job that allows them to balance home and work.

They also include single mums, women wanting a career change or more control over their lives. 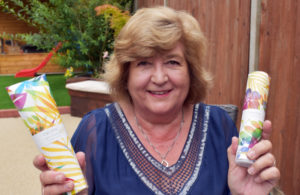 Tropic was also recognised in the Sunday Times as the fastest growing skincare business in the UK.

Jane, who lives in St Leonards, is Tropic’s Executive Manager looking after 400 predominately women, including 175 in Dorset. 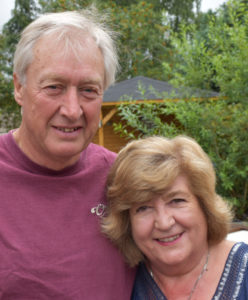 Wimborne born and bred she’s worked in the party plan business for more than 30 years including Tupperware where, with husband Les, pictured left, she got her appetite for direct sales.

Jane said: “I’m empowering women to come on board and become businesses in their own right.

“We are going from strength to strength and have seen a huge increase in the number of women applying to join us.

“It’s gone from 35 to 265. Many have been mums at home or women who have been furloughed and looking for a second income.

“They’ve also been asking during lockdown do they want to go back to their old work, even if it exists, or strike out on their own?

“Forget any thoughts of pin money. You can earn substantial sums with Tropic.”

Jane, who is a grandmother and joined Tropic three years ago, said she was particularly drawn to the brand’s ethical values.

The business is double carbon neutral and has won numerous environmental awards.

It is working with United World Schools with every £50 spent with Tropic, excluding delivery, funding a day’s education in Cambodia, Myanmar or Nepal.

The goal is to provide more than a million days of education in 2019/20.

All Tropic’s products are homemade in the beauty kitchen in Croydon.

Usually there are 120 staff but, due to social distancing, there are now three shifts a day with 40 workers on each shift. 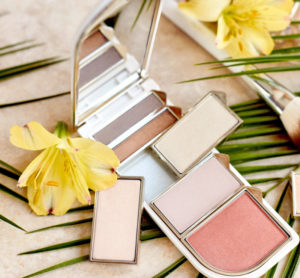 Tropic made 70,000 hand sanitisers for the NHS.

It also created 19,000 skin balms for the NHS to help with sores created by PPE equipment.

Jane has been delivering these products to local hospitals, including Wimborne Hospital.

She said: “It’s a good example of how Tropic is different.

“I love Susie’s products and I love the ethos of the business.

“Three per cent of landfill waste is makeup so I also love how every item is refillable.

“I don’t see this as a job and that’s why retirement is not for me.”