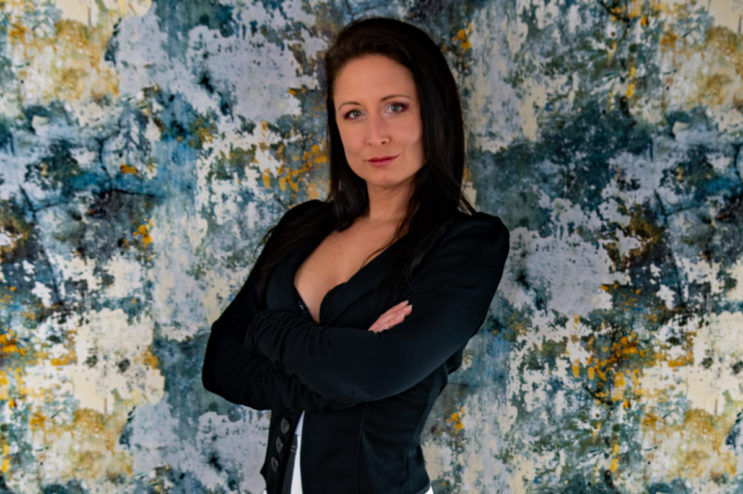 Charlotte Fantelli: “That near-death experience taught me to put things into perspective, cherish those around me that I love and don’t always be chasing the dream.” Picture: Paul Griffiths for Branded Studios.
By Andrew Diprose, editor editor@dorsetbiznews.co.uk

Charlotte Fantelli’s outlook on life changed for ever four years ago as she lay desperately ill in a hospital bed.

Up until then the entrepreneur and film-maker had thrown everything into her career, experiencing incredible highs, and lows, along the way.

But as the medical staff fought to save her from dying, she was suddenly faced with her own mortality.

And her life, quite literally, changed in an instant.

She said: “I lay there thinking of all the various successes I’d enjoyed over the years but the one thing I valued above everything else was to be snuggled up in bed with my husband and my young son, reading a book.

“It was such an eye-opener. I’d always been success driven but that near-death experience taught me to put things into perspective, cherish those around me that I love and don’t always be chasing the dream.”

Charlotte’s hospital emergency was part of a two year ‘living hell’ as baffled medical staff tried to discover why her heart rate was abnormally high.

Eventually, and on the eve of a heart operation, she was diagnosed with a rare inherited condition called Ehlers-Danlos syndromes which is now being successfully managed.

For Charlotte, 35, the owner of Branded Studios in Christchurch, the story of her life has always read, well, like a movie script.

From her days charging fellow pupils 20p to enter their guinea pigs in her pet show – she was nine at the time – to starting her own business doing hair braiding and Henna tattoos (aged 14) it’s been conducted at full pelt.

But a constant throughout has been her love of creative writing, films and – in the last 15 years – her husband, Gabriele, and son, Raffaele, now 12. 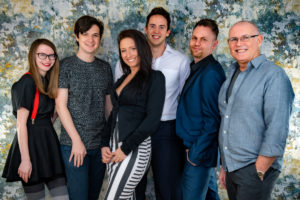 The big break was in 2014 when she came up with the idea of a film following a small British team, called Jota Sport, as they tried to win the Le Mans 24-hour race.

She tried pitching the idea everywhere but no-one was interested.

Then a chance email to Niall Sloane, Director of Sport at ITV, received a five-word response.

“Not at that price, Charlotte.”

A meeting on the 22nd floor of ITV’s South Bank headquarters – Charlotte avoids lifts so she climbed all 440 steps – resulted in a deal to screen the film, if it was good enough.

However ITV said they couldn’t fund it.

So began her crash course in film-making, cramming a lifetime’s experience into a few months, not to mention raising more than £406,000 from scratch.

She admits making rejection into an art form with a spreadsheet, containing 147 rejections for funding.

Luckily, number 148 came right and an investor handed Charlotte the final cash injection needed to take the film through to completion.

The eventual film, narrated by Sir Patrick Stewart, was a triumph for Charlotte as well as marking her directorial debut.

Rated four stars out of five by The Daily Telegraph, it premiered in Leicester Square and was screened in cinemas across the country.

As well as ITV 4 it was also sold into more than 130 countries worldwide. 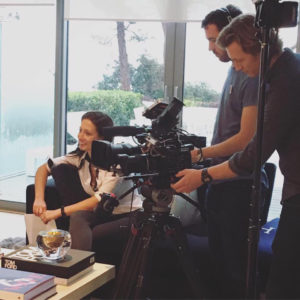 So to 2020 and – last year – Charlotte’s quest for a ‘little office’ in Dorset resulted in acquiring a 4,000 sq ft unit in Saxon Square, Christchurch.

More than £60,000 has since been invested in building an impressive three floors of photography and videography studios, fully equipped post-production suites, a voice recording studio, a green-screen room and even a private cinema.

Charlotte owns 75 per cent of the shares in Branded Studios, a full-service production and media agency.

It has four people on the payroll but employs some of the UK’s best freelancers when required.

Charlotte said: “From a small consultancy job, to an entire production, we can help.

“Our in-house team has everything needed to grow and thrive, whether making a corporate video, short film or whole TV series.

“We really do have the most impressive facilities and people are amazed when they visit us.” 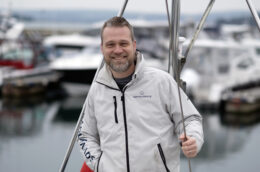 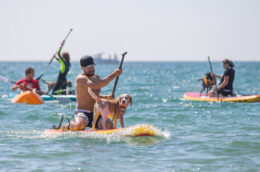 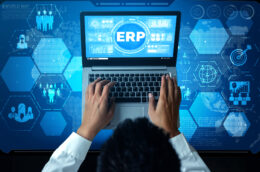