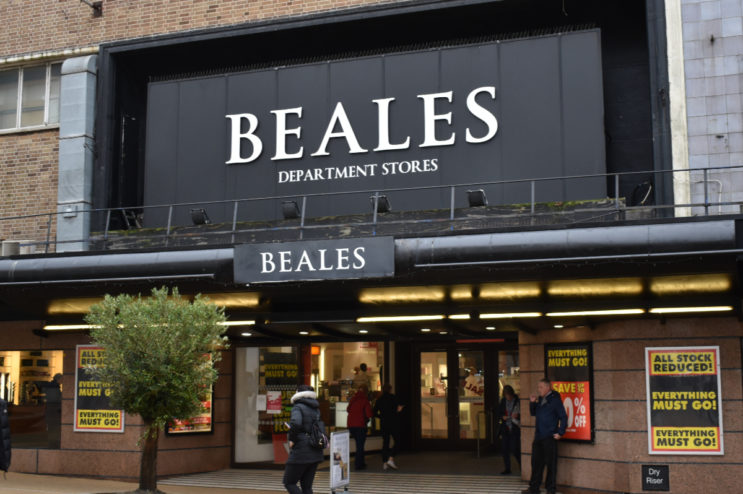 Thirty two job losses have been announced at Beales’ head office in Bournemouth.

They’re the first since the 139-year-old retail group went into administration on January 20.

The staff affected are believed to be in back-office support roles.

The head office employs a total of 76 people.

Joint administrators at KPMG confirmed the redundancies “with regret” and said that they would be providing support to those affected over coming days.

In a statement they said: “The joint administrators of Beales confirm that all of the stores remain open, and will continue to trade while discussions with a number of interested parties regarding a going concern sale of the business remain ongoing.

“Staff across the store network continue to be retained to assist the joint administrators with trading.

“However, it is with regret that the joint administrators today confirm 32 redundancies primarily at the Beales head office in Bournemouth.

“The joint administrators will be providing support to those affected over the coming days.”

Founded in 1881, Beales operates 23 department stores across the UK.

The group employs around 1,050 members of staff.

Beales was acquired by Tony Brown, Chief Executive Officer, in October 2018 in a management buyout.

Advisers from KPMG were initially engaged by the business last December to explore possible sale and refinancing opportunities.

According to KPMG, despite interest from a number of parties, the process did not secure any ‘solvent solutions’ and, as a result, the directors took the ‘difficult decision’ to place the company into administration.