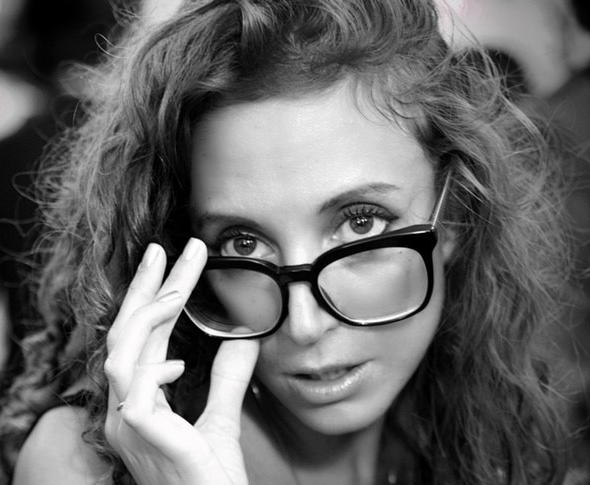 Jemma Franses. The Bournemouth born and educated actress is a member of the Franses jewellery family.
By Andrew Diprose, editor editor@dorsetbiznews.co.uk

It was written in an hour, shot in a day and is now up for Best Short Film at The New Filmmaker Festival in New York.

Bournemouth-born – and educated – actress, producer, writer and burgeoning movie entrepreneur Jemma Franses is still pinching herself at the success of her first screenplay.

Called ‘She’, it’s been nominated for eight different festivals, six of them as finalists in Los Angeles, New York, California, Cannes, London’s Pinewood Studios and Redding.

The film’s protagonist is a strong-willed, respectable yet vulnerable woman who seeks advice, comfort and solace from a therapist concerning a difficult marriage to her verbally and physically abusive husband who has pushed her to the point of no return.

The audience is left questioning the therapist’s intentions towards his client. 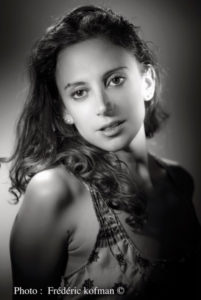 She has enjoyed a successful acting career outside the UK.

After training with Dustin Hoffman’s acting coach Jack Waltzer in Paris, Jemma decided to turn her hand to screenwriting and producing.

‘She’ draws on her knowledge of psychology from her degree at Manchester. 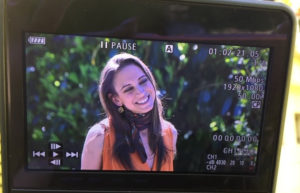 Jemma, who works in the family jewellery business, Franses, in Westover Road, Bournemouth when not writing novels or film scripts, said: “My acting career has always seen me in films outside of the UK.

“I think as I speak fluent French, have been based in France, and not looking like your typical ‘English rose’, it was just easier for me to work on European films.

“All it took was some encouragement from my dear friend, fellow actor and co-star, Peter Lamarque for me to take the plunge.

“We were at a film premiere in Paris and were chatting into the early hours when I finally decided that this was my time.

“I went back to my apartment that night and with pen in hand the entire script simply flowed onto paper within an hour, and ‘She’ was born!

“I can never quite understand why creativity always shows up at 3 o’clock  in the morning as opposed to 3pm.

“Better late than never as they say.”

That night, Jemma sent the script to Lamarque who loved it, and set up a meeting with director, Sébastien Esther, the very next day.

Jemma’s short film is set in the 1950’s so the team needed to find a suitable location.

Jemma’s aunt had an apartment in Paris which had ‘stopped in time’.

After a reconnaissance with the team and Sanjiv Boniface, Director of Photography, the location was settled. 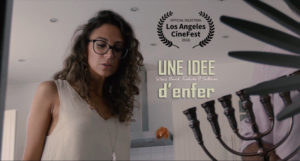 Jemma said: “We were thrilled with the final cut, especially after Editor Géraldine Elgrishi gave the film life.

“After some persuasion, I eventually submitted ‘She’ into a select number of film festivals in June of this year.

“Much to my surprise I found out very quickly that ‘She’ was a finalist for the Best Short Film at The New Filmmaker Festival in New York.

“Sadly, my aunt passed away earlier this year, but I know she would have been absolutely delighted with the news – especially as she had a cameo role as the secretary.

“For me, this film is not only my screenplay debut, but it’s also in homage to my dear aunt.

“The dream would be to turn this ‘amuse bouche’ into the feature-length film it’s so destined to be and dedicate it to her.

Fans of ‘She’ include Paul Lewis, Executive Producer and Former President and GM of the Discovery Channel.

In a review last year he wrote: “I love how Jemma Franses pulls from so many different genres in her writing style – film noire, silent films, French psychological.

“Managing to encapsulate this in such a short time hit is a unique skill.”