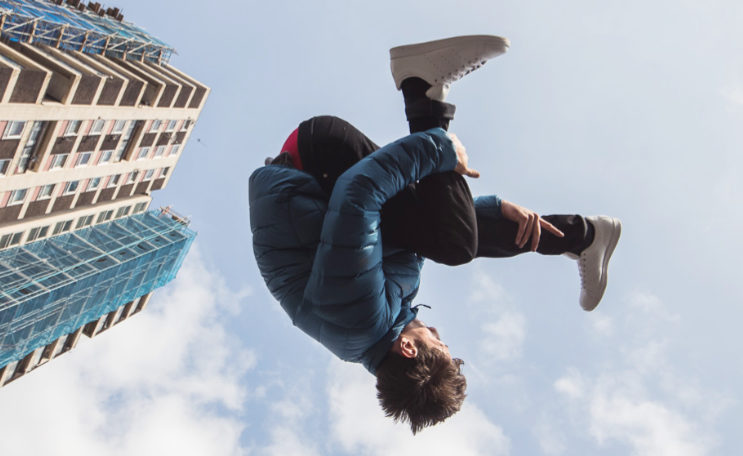 It’s an extraordinary way to earn a living but Max Barker makes it look so easy.

The 19-year-old is one of the UK’s top parkour athletes.

The sport’s national governing body – Parkour UK – defines it as moving freely over, and through, any terrain using only the abilities of the body.

That’s principally running, jumping, climbing and making use of all four limbs.

In other words, think James Bond stuntman with flips, somersaults and vaults aplenty thrown in for good measure. 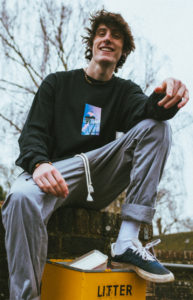 “Basically you move in any way you want.

“I train hard and look after my body.

Max, who was born in Poole and did a BTEC in Creative Media at The Bournemouth & Poole College, has been perfecting his parkour skills since the age of 11.

It’s brought him a huge social media following, especially on Instagram where he has more than 45,000 followers.

Videos of him in action get views running into the tens of thousands.

Instagram is also a key source of income with Max living off product promotions as well as  commercial work and other parkour/modelling jobs.

He’s one of the eight-strong team with The Motus Projects, which creates sport specific streetwear for parkour athletes, and also models for Jack Wolfskin and H&M.

Max has a Level 1 Award in Coaching for Parkour/Freerunning with Parkour UK’s awarding body 1st4sport Qualifications. 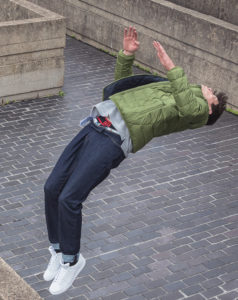 He assists with classes but also competes at the highest level.

“It has forced me to explore and be curious

“It has been a leading factor in getting me into some scary, hilarious, abnormal, intriguing and beautiful situations.

“Parkour has been involved in the majority of the most memorable moments, memories and achievements in my life so far.

“I am so thankful for it all,” said Max.

And now he can add book author to his record of achievements.

It followed a challenge from Giles Campbell Longley, Founder of The Motus Projects, to turn £50 into £500 in what was dubbed the ‘March Money Challenge.’

After a brainstorming session Max came up with the idea of writing a book. 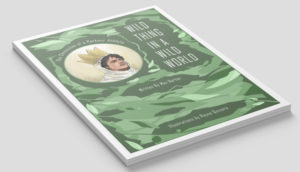 The result was ‘Wild thing In A Wild World – The Chronicles of a Parkour Athlete.’

The book, which has received five star reviews and is on sale through Max’s website and Amazon, is in two formats.

The first is Max writing about his early years, Steiner schooling at the Ringwood Waldorf School and his discovery of Parkour.

But there are also two parkour tutorials by Callum Powell of Storror, a group of seven parkour and freerunning athletes from West Sussex, and Travis Verkaik, another highly skilled parkour athlete from Dorset.

Royce Quizora was the book’s illustrator.

The print version is £9.99 plus postage and packing while the Kindle edition, via Amazon, is £4.99.

Max, who lives in Southbourne, said: “It took me four months to write and I absolutely loved it.

“I’d never written anything like this before but I really enjoyed it.

“We had 500 copies printed and I’ve already sold hundreds, way exceeding the £500 target in the March Money Challenge.

“It’s given me a real taste for writing and I’ll certainly look at doing more books.” 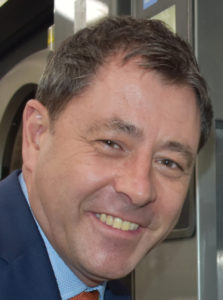 Looking on with particular pride at Max’s success is his Dad, Matt Barker, Managing Director of Barker Group and Founder of Dorset charity, MYTime Young Carers.

He said: “With all the worries that existed over the Covid crisis, how could a father be more proud than I am of my son for how he reacted and performed during this time.

“If his book didn’t sell a single copy, it would not matter, as it is in the execution that has fulfilled him during this crisis.

“As it happens, in my mind, it is a work of art, which is confirmed by the hundreds of copies he has sold so far.

“Not only has this been fulfilling for him but profitable.