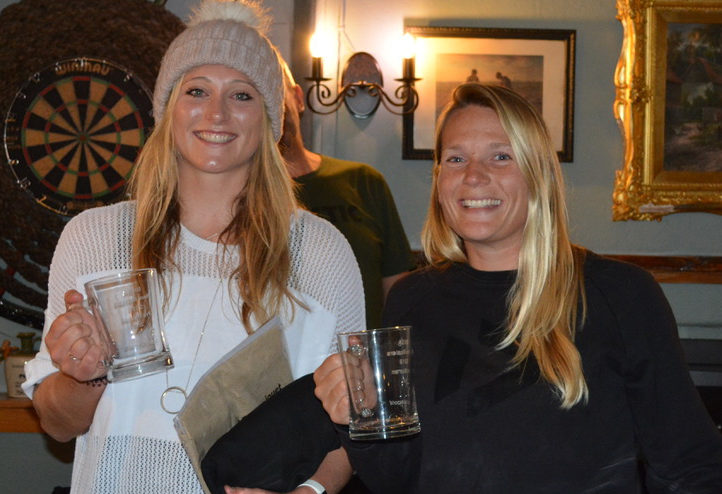 Company director Gemma Soloman is riding the crest of a wave after bringing home this year’s British Kitesports Wavemasters trophy.

She won the prestigious award after a gruelling three day competition handling winds of up to 50 knots with some of the largest waves ever seen in British competition history.

The British Kitesports Wavemasters 2019 competition was held on the Maharees Peninsula along the beautiful – but unforgiving – coastline of County Kerry in southern Ireland. 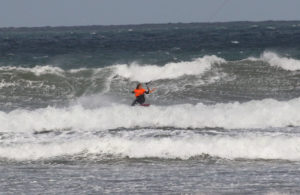 Although Katie took the first round, she suffered kite issues and couldn’t quite pip Gemma’s wave selection in the second two rounds, giving her the overall win.

Gemma, who lives in Southbourne, embarked on her early working career at the Hungry Hiker Café at Hengistbury Head, followed by the Boat House in Christchurch.

Always a highly proficient skier she went on to become a professional ski instructor working in Canada and Japan for YTL Hotels.

For the last five years she has been working for Easyriders, a Poole based British Kitesports recognised school, and has recently been made a Director of Easy Holidays SA Ltd.

Easyriders’ owner Andy Gratwick, is heavily involved with the British Kitesports Association (BKSA) and his team helped to run the Wavemasters event and cover its safety and photography. 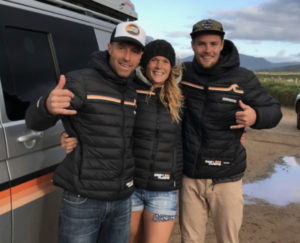 Gemma said: “I am delighted to win this prestigious award, especially as I have only just been recognised as a pro.

“As a team we all entered the competition – Andy Gratwick, Joe Taylor and myself – as we are all advanced waveriding coaches.

“This is a great way to showcase our own personal skills as well as promoting Easyriders as a BKSA school and kitesurf coaching holidays provider.”

Formed in 2004, Easyriders is a dedicated kiteboarding and stand up paddle boarding school.

Andy Gratwick, the driving force and founder, has been in watersports game since 1992

He has taught on every continent of the globe, is the author of the kiteboarding manual and several other kitesurfing books, as well as the British, Australian, Turkish and World sailing kiteboarding schemes.

Mr Gratwick is currently Head of Training for British Kitesports and author and joint head coach of the British Stand Up Paddleboarding Association (BSUBA) and its training scheme, He also has a degree in marine navigation and maritime law.