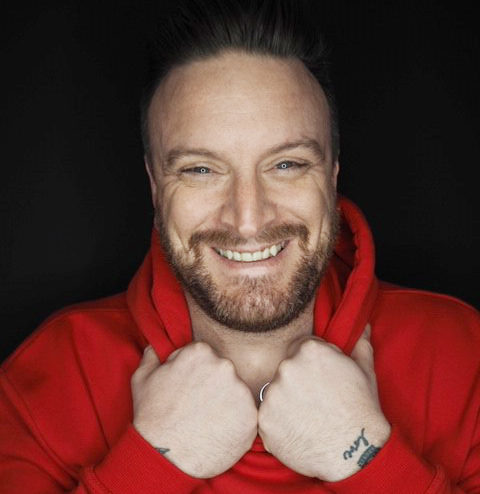 Matt King: “Things began happening from the age of 30 and, if I’m honest, I haven’t looked back since.”
By Andrew Diprose, editor editor@dorsetbiznews.co.uk

Matt King is living proof that you can take life by the scruff of its neck and change your destiny.

The 39-year-old, now General Manager for the UK, US and Ireland at Poole-based Safi Valves, admits he was not good at school.

In fact, he uses a certain four-letter word – beginning with c and ending with p – to describe his time in education.

He joined the British Army at the age of 16, serving as a telecommunications engineer in The Royal Corps of Signals, and rising to the rank of Corporal before leaving in 2005.

Then, aged 24, he did a succession of jobs, including electrician, water and ventilation consultant and engineer, before he suddenly found – he could sell.

And that’s when his career started to take off.

Matt said: “I’ve always been good at communication and dealing with people but, perhaps, was not fully aware of the skill.

“Put simply it means a person has so much practice with a skill that it has become second nature and can be performed easily but without them really knowing.

“In my case, things began happening from the age of 30 and, if I’m honest, I haven’t looked back since.”

Roles as Business Development Manager and then Sales Manager at Goodwater, the water treatment and hygiene specialist, eventually led to his current position at Safi Valves.

The UK operation employs 15 staff, has a turnover of £2.2m and counts the RNLI, Princess Yachts, Sunseeker and John Deere among its key customers.

But Matt, who’s married with four children, is not the sort to sit still. 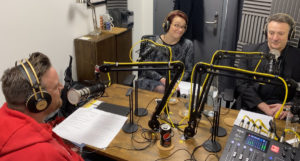 In addition to his ‘day job’ he launched saleschange.co.uk four months ago, an independent consultancy specialising in personal branding, sales culture, corporate culture and team building.

And from Monday February 17 the first two of six podcast episodes will hit your ears.

SalesChange – The Podcast involves Matt, who worked for broadcaster BFBS during his time in the army, interviewing business leaders about their company history, understanding their corporate culture and learning about the successes and mistakes they’ve made over the years. 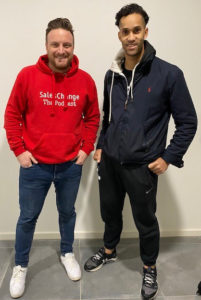 Fitness coach Sean Burgess, pictured right with Matt, takes centre stage in the second episode describing how he built his business from a rented space in a franchise to owning his own limited company.

The recordings took place at Podcast Labs in Bournemouth.

Matt said: “SalesChange is the opportunity to bring my skills and knowledge to a wider audience – not just serving my current company but allowing me to broadcast ‘best practices’ in how to build a positive and collaborative corporate culture while maintaining the momentum needed to generate sales.

“I’m passionate about people. I want to know what makes them tick, what works and what doesn’t work.

“The podcasts are a passion project for me. I want to showcase businesses and highlight how their culture, people and ideas shape and grow businesses.

“I really hope people enjoy the podcasts and if they go down well, we’ll do more. These could be just the beginning.”