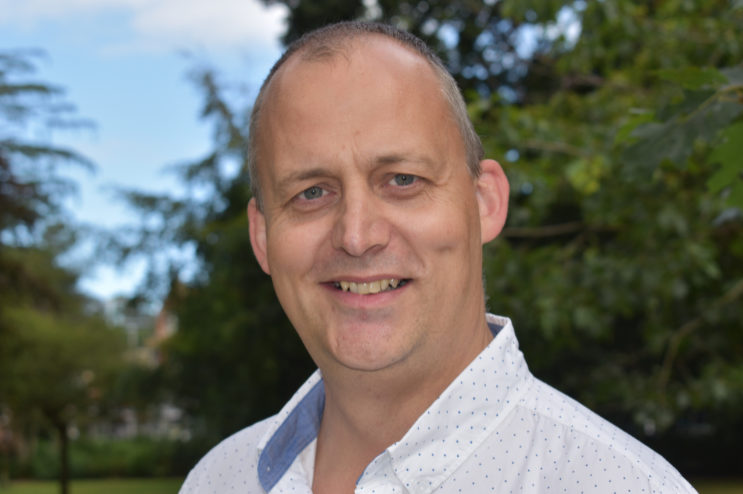 “I hate bullies and I hate selfishness.

“It really gets to me on both an emotional and visceral level.

“There are bad people in the world and they have to be tackled,” he says.

It’s why, from the age of five, the ‘Army barmy’ – his words – youngster set his sights on becoming a soldier.

After graduating from the University of Wales in Swansea with a degree in engineering, he passed his Army Officer Selection Board and began his 44-week officer training at Sandhurst.

It was the start of a stellar military career which saw service in 44 countries on five continents and a steady move up the ranks to become a Lieutenant Colonel by the age of 40.

His experiences included being seized in a hostile environment, blown up twice, break his back after falling from a helicopter and receive military awards.

Paul said: “I loved every moment of being in the Army.

“Cut me in half and I’ll be green all the way through.”

Throughout his military service, he became increasingly fascinated by leadership and how good – and bad – leaders can impact on people.

“You could say I became a bit of a leadership nerd,” he said.

“I was the one reading up just about every leadership book around as well as taking some formal qualifications.”

Meanwhile the prospect of staying in the Army until the age of 55 was beginning to look less attractive.

Paul said: “I felt that I’d probably achieved everything I could in the Army.

“But it was a huge decision.

“It was a challenging time and, yes, I did think to myself: ‘What have I done?”

However, the leadership skills Paul had studied, and acquired, during his 20 years in the Army were to transfer perfectly to his new civilian life as a consultant and leadership coach.

He called it Selfless Leadership, and Paul incorporated it as a limited company even before leaving the armed forces.

‘Be the leader others turn to.’

He said: “The core principle, and the ethos, behind Selfless Leadership is care.

“I believe that true leadership comes from a position of care.

“There are three values that I champion with my clients.

“They are generosity, empathy and excellence; all of which combine to make a selfless leader.”

Paul stormed his first year in civvie street but, in hindsight, perhaps too much so.

“Turnover was in the six figures and I became complacent.

“Years two and three have been much more challenging,” he said.

His clients range from the RNLI and Met Office to Bournemouth & Poole College, SGN and Policing Insight.

Paul, 46, has never been comfortable with the spotlight fixed solely on him.

He said: “It’s just not something that you do, or is encouraged, in the services.

“I can genuinely refer to the business as ‘we’.

“We’ll be introducing new services and significantly increasing our presence on social media.

”We’ll also be concentrating more on the Dorset, Hampshire, Somerset and Wiltshire area.

“Not just because it makes more sense in terms of travel time and the after-effects of Covid but also because I’m genuinely concerned about our carbon footprint.”

Paul said: “Companies will need to step up their leadership after Covid.

“Those people left after any redundancies really will be a company’s biggest asset.

“Their managers need to lead better and look after their people better.

“And that’s where we can help.”