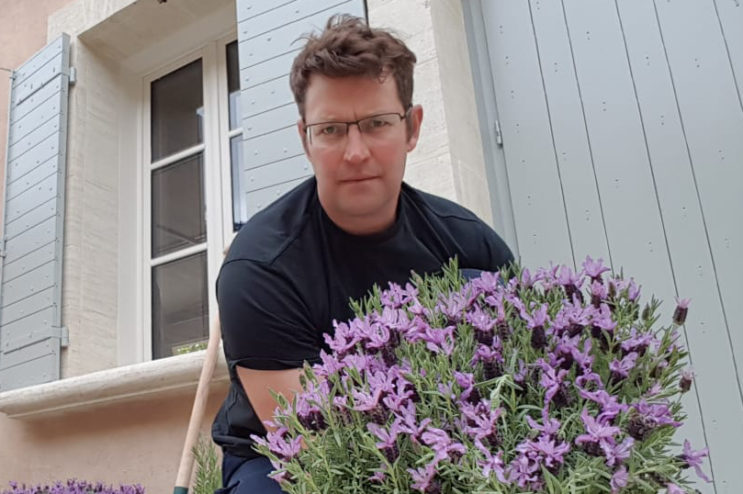 Steve Howes has faced a dilemma shared by garden design, build and maintenance firms across the country.

On the one hand there was the imminent prospect of the business he had so carefully nurtured and grown over the last seven years being crippled by the current crisis.

On the other hand – and provided his team and customers were happy – the advice from government, after initial confusion, was clear.

If you work outside, and you maintain a 2m distance, then you can continue to operate. 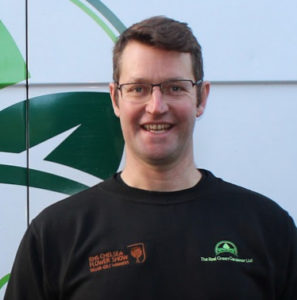 Steve, Director of Poole-based The Real Green Gardener, pictured left, said: “It was so moving and a real testimony to my team.

“With one exception, and for very understandable reasons because there was a vulnerable person where they lived, the team said they were happy to continue working.

“By the same token just two out of my 60 loyal customers said they’d prefer if we didn’t work on their gardens at the moment.

“My team’s decision probably saved the business and means we’ll be able to get through and, hopefully, come out stronger in the long term.

“I will always be grateful to them.” 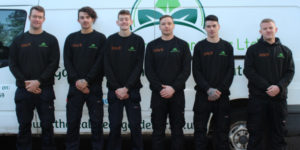 Steve (left) with some of his team at The Real Green Gardener.

Steve has implemented special measures for his garden maintenance teams.

But other garden maintenance businesses have taken a different view.

Steve said: “One of the good things to come out of this is that about 15 or so garden landscape and maintenance businesses have come together on a WhatsApp group.

“We’re all competitors but we’ve shared information, best practises and how we’re approaching this.

“Some don’t wish to continue operating.

“I understand, and respect, that but feel comfortable with the decision we’ve taken.”

Steve, 40, and originally from South Africa, founded The Real Green Gardener in 2013..

It was clear from an early age that horticulture would, one day, feature in his future career plans – he was pruning his grandmother’s roses at the age of seven.

But it was while working in an administration role for the Metropolitan Police that his future plans took root.

“I decided to switch careers and started right at the bottom as a labourer while also studying for my horticultural qualifications,” said Steve, who met his English wife, Kate, while in South Africa.

The couple have been married 15 years and have two children aged 16 and 14.

“I relocated to Dorset in 2013 after working for a garden design company and also as Head Gardener for The London Cremation Company.

“When I started The Real Green Gardener I was working from the back of a Ford Focus estate which carried my lawnmower, hedge-cutter, blower and other equipment.

“Through sheer hard graft and a great team and customers I’ve built the business up to where it is today.”

Projects range from garden maintenance, design and landscaping to working for the likes of Anthony Paul, the international landscape designer. 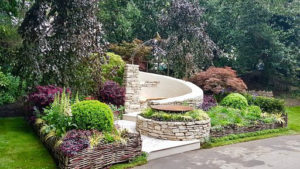 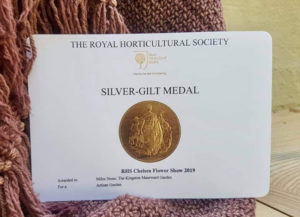 It won a silver-gilt medal and was, said Steve, “the most incredible experience.”

He added: “This was going to be an absolutely crazy year, employing new people and getting involved in all sorts of new projects.

“Things look very different now but we’ll get through this.

“People will appreciate even more the importance of having a beautiful garden to look at.

“Plants can bring so much joy and happiness and really help lift people’s spirits.