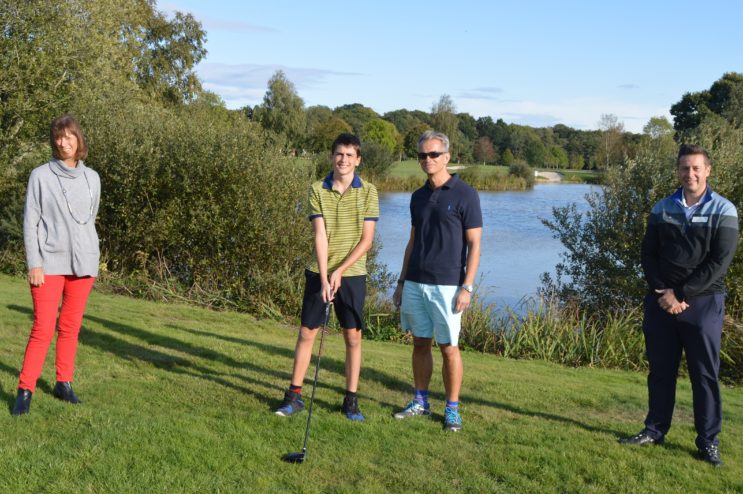 A scheme that helps develop the golf stars of the future has been saved from the axe thanks to the generosity of a Bournemouth property company.

Dorset County Academy golf coaching for 20 talented over 14s boys was due to close this month after a change in funding from England Golf.

But thanks to a four-figure donation from Green Bee Homes, the group has been saved and is set to continue until next year.

The Dorset County Academy Programme was originally set up in 2009 with funding from England Golf.

The aim was to offer young people – from eight to 18 years old – opportunities to progress in their golf and to produce the best county junior teams.

With coaching taking place at golf clubs across Dorset, the academy has helped more than 1,000 children progress since 2009.

Many have gone on to become PGA professional golf players, US university (golf scholarship) students and winners of golfing competitions.

Due to a change in funding this year, the over 14’s boys Future Programmes group was set to be cancelled.

However, the sponsorship from Green Bee Homes means it will continue to run from this month until next May.

“The coaching understandably had to be cancelled earlier this year due to the coronavirus pandemic.

“Then we learned that the under 14s academy was going to be cancelled altogether due to a change in funding, which was really sad news.

“I am delighted that Green Bee Homes is able to sponsor the over 14s group, enabling it to continue to run, supporting 20 of Dorset’s top emerging golfing talent.”

Dee Wood, Administrator, Dorset County Academy Programme, said: “Dorset is recognised as having one of the most constructive and successful county academy programmes in the country.

“After seeing first-hand the amazing opportunities and support the academy has provided the children for more than ten years, it would have been really sad to see the over 14s group end.

“Thanks to Green Bee Homes, the over 14s boys Academy Player Pathway will continue to run, alongside the under 14s group, whose funding has continued to remain in place.

“The funding pays for part of the academy coaching from highly trained golf professionals.

“Quite simply, without the funding, it would not be able to run, so we are very grateful to Tim of Green Bee Homes.”