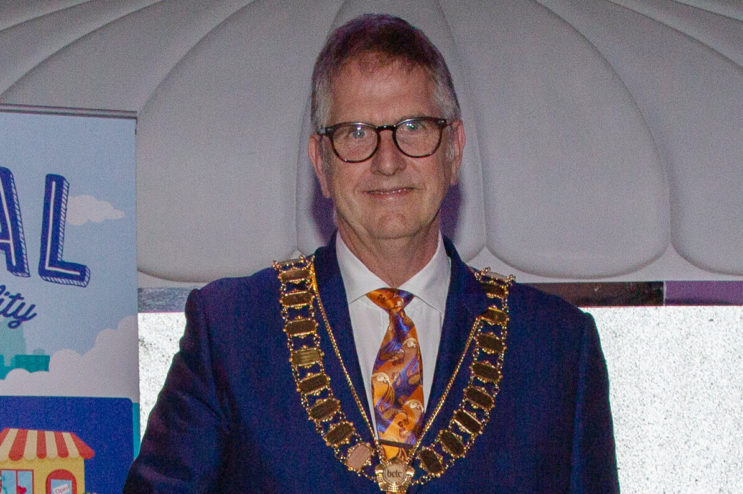 Roger Smith, President of Bournemouth Chamber of Trade and Commerce, from 2018 to 2020.
By Andrew Diprose, editor editor@dorsetbiznews.co.uk

History will be made today, Wednesday April 1, by Bournemouth Chamber of Trade & Commerce (BCTC).

For the first time in its proud 104-year history the chamber is to hold an annual general meeting by video conference.

It’s a legal requirement to stage the meeting, which should have taken place two weeks ago.

However, the government’s coronavirus advice means that it cannot be held in person.

The evening begins at 6pm with the naming of the new incoming President.

Roger Smith, the current BCTC President, has served two years in the post.

Heather Martyn has been nominated for the role by both the Executive Board and the Past Presidents.

Only members with their membership paid and up to date for 2020 are eligible to vote.

Anyone wishing to attend, via video conferencing only, should register their interest by emailing secretary@bournemouthchamber.org.uk.

They will then be advised on the necessary links for access.