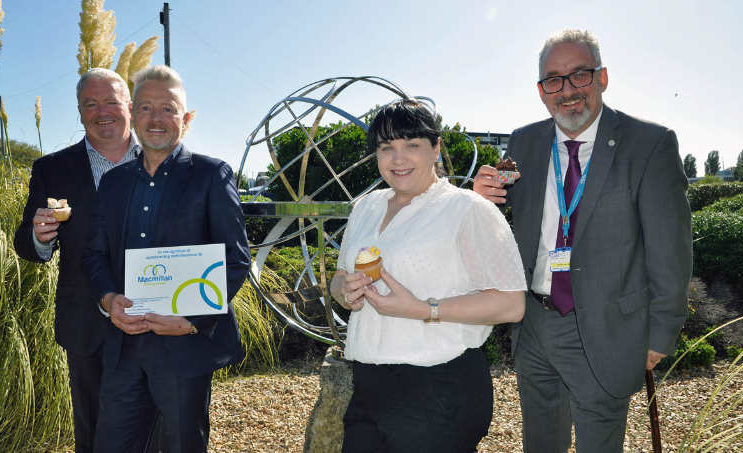 A Christchurch hotel has comfortably sailed past its £25,000 fundraising target for the town’s new state of the art hospice.

In 2017, the Captain’s Club joined forces with the local Second Smile Project with the aim of raising money for Macmillan Caring Locally’s Brick by Brick Appeal.

Macmillan Caring Locally (which is not part of the national Macmillan charity), funds the current Macmillan Unit, which was built in 1974 and now supports more than 1,600 patients with life-limiting illnesses each year.

Its Brick by Brick appeal was launched to replace the now outdated unit with a £10m specialist, palliative care unit.

The Captain’s Club and Second Smile Project’s efforts will fund a coffee lounge in the hospice, to give patients’ families somewhere to go and relax.

Mr Williams said: “The Captain’s Club is undoubtedly one of our most committed and loyal supporters, running terrific annual events such as this coffee morning and its Christmas Shopping extravaganza, and also one-off events too.

“Indeed, some of its daring staff even threw themselves out of a plane for us in June, raising £7000 in the process!

“We truly cannot thank them enough for their support and dedication to the new hospice.”

Presenting Robert and Tim with a special plaque in gratitude Neal added: “Ground is due to be broken on the new hospice next year and its wonderful coffee lounge will be testament to the hotel, the Second Smile Project and all its supporters. We are eternally grateful.”

Captain’s Club MD Robert Wilson said: “We are very proud of the amount we have raised for the appeal so far and very thankful to our staff and customers who have made this possible.”

Tim Lloyd added: “Most of us know of someone who has been cared for by the Macmillan Caring Locally unit. It does a fantastic job and we are immensely proud to be able to support it.”