“I had made it, albeit 40-plus years late” says Ian as he proves you can follow your dreams 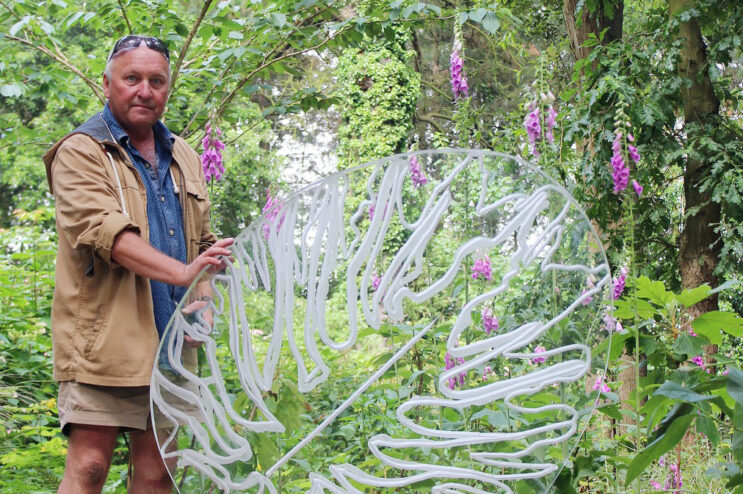 Ian Cox with one of his art creations.
By Andrew Diprose, editor editor@dorsetbiznews.co.uk

Ian Cox is living proof that it’s never too late to follow your dreams.

But his father put his foot down. 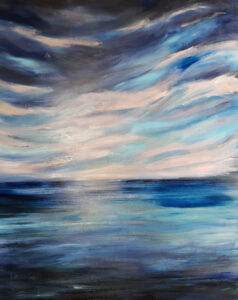 He even lived and worked in Vietnam for a while but the dream of going to art school was always there.

Then, four years ago, he saw an advert for a Weymouth College foundation degree course and promptly signed up. 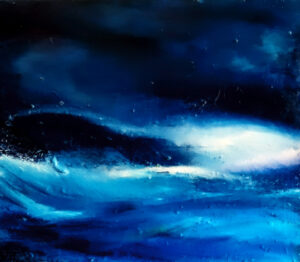 “It was brilliant and I was really enjoying the freedom and use of amazing facilities and tutors.

“As a surprise it was also identified that I had dyslexia.

“It was a shock at the time but explained many things.

“One day we were told to be off campus by 5pm.

“I had five foot square unfinished canvases, and other works, to finish painting at home. Not ideal.

“So after only a short while the dream was cut short.” 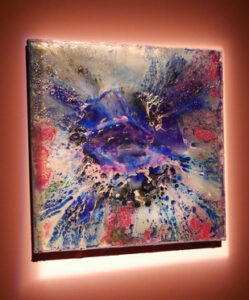 He said: “We couldn’t even have an end of year show which had already been booked in a London gallery.

“Despite this I graduated with an honours degree.

“Even the graduation ceremony was postponed for a year.” 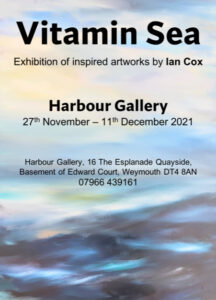 And now Ian, of Wyke Regis, is staging his first exhibition at Weymouth’s Harbour Gallery.

Entitled ‘Vitamin Sea – An exhibition of inspired artworks by Ian Cox’ it runs until Saturday December 11.

Ian, who is also a percussionist with the Celtic roots band Portland Coves, said: “My work is very varied and I use a number of mediums.

“I have had work exhibited in Abbotsbury Sub Tropical Gardens, Weymouth Collage mural and the Mark Hix restaurant.

“I’ve also worked in collaborations with other artists including Danny Boyle ‘Pages of the Sea’ and Bob and Roberta Smith’s ‘Modern Day Martyrs’.”

Harbour Gallery is at 16 The Esplanade Quayside at the basement of Edward Court, DT4 8AN. 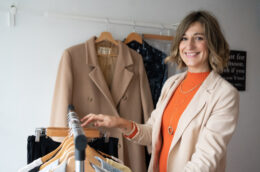 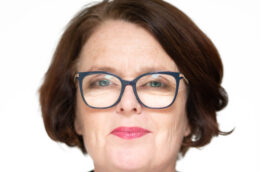 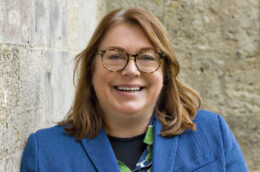