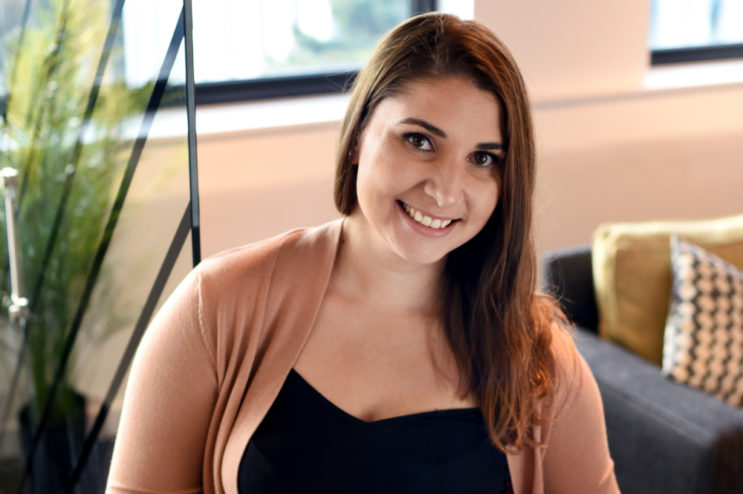 An entrepreneur who launched her rapidly expanding ‘virtual assistant’ business just two years ago says she sometimes has to pinch herself at how the concept has taken off.

Gemma Wall, who was born and educated in Dorchester, started The Contemporary PA in 2017 after identifying a gap in the market.

Her venture supports small businesses and start-ups with administrative and digital tasks, allowing them to devote time to growing their businesses.

After just 16 months Gemma licensed the concept so others could use the brand and model to run their own virtual assistant business under The Contemporary PA umbrella.

She now has five licensed virtual assistants in Dorset, one in Hampshire and a new national licensee launching in Newcastle next month.

Her success led to her being crowned Entrepreneur of the Year at the 2019 Wessex FM Local Business Awards.

“The business has just taken off and, yes, I do have to sometimes pinch myself,” said Gemma, 30.

She added: “We offer assistance with simple every day repetitive tasks as well as those which are more time consuming and complicated

“Our services range from administration, acting as a virtual receptionist and social media through to designing business stationery, project managing events and implementing new systems and processes.

“It’s a tried and tested model which appeals to people who want to work from home and desire a better work-life balance, particularly parents who want a career but also want to be available for their children.”

Gemma, who said she was “very shy” during her years at The Thomas Hardye School, joined law firm Humphries Kirk in Dorchester as an office junior in 2007, eventually rising to the position of Office Manager.

Gemma receives her award for Entrepreneur of the Year at the 2019 Wessex FM Local Business Awards.

She left in April 2017 to move to Birmingham with her then partner where she launched the first collaborative working space in the city centre.

But she returned to Dorset within four months, initially working as a temp before deciding to launch The Contemporary PA.

“When I started people thought I was mad with a digital business in a town where the internet isn’t always stable.

“However, from my own experience of being a start-up, I knew that this was a service Dorset enterprises needed to have access to in order to grow and thrive,” said Gemma.

Within six months Gemma had reached full capacity and couldn’t take on any more clients. It was then she decided to license the concept.

Her target for 2019 was three licensees – she has six – while next year she is setting her sights on 20.

Since launching in 2017, The Contemporary PA has assisted with businesses ranging from sole traders to established companies.

It also has some well-known celebrities on its books.

Gemma said: “I am a very driven person and I know where I want to be. I never let go of things.

“Winning the Entrepreneur of the Year award was a complete shock but I feel very proud at what I’ve achieved so far.

“I work very hard but there are many more things I want to do with the business.”