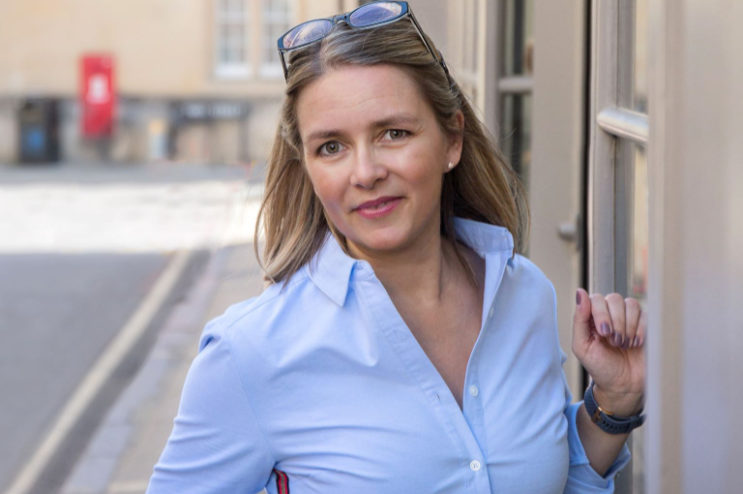 Anne-Marie Fast: “We can all achieve pretty much anything we want if we put our minds to it and believe in ourselves enough.”
By Andrew Diprose, editor editor@dorsetbiznews.co.uk

But we’re going to use it to describe Anne-Marie Fast.

Because, quite simply, she is – inspirational.

In her own words: “Since I left the corporate world and founded my own marketing agency in 2017, it’s been an absolute rollercoaster of a ride.

“Let’s just say, starting and growing a business as a self-employed single mum with breast cancer certainly had its challenges.

“But it also made me realise that we can all achieve pretty much anything we want if we put our minds to it and believe in ourselves enough.”

Now Anne-Marie, who turns 50 later this month, has been featured in a unique project celebrating female entrepreneurs.

She was selected from thousands of applicants to take part in #SheCan365.

Launched last year on International Women’s Day it told the stories of 365 female entrepreneurs over 365 consecutive days in exactly 365 words.

The original website – www.shecan365.com – has since received a ‘Best Blog’ nomination from the Single Mums Business Network Awards 2020.

The 365 stories – Anne-Marie was Day 107 – have been turned into a coffee table-style book after a successful Kickstarter campaign raised more than £9,500.

The #SheCan365 book was published last month and is available at www.shecan365.com

“Out of all the female entrepreneurs in the UK, I am honoured to have been chosen to be included in the #SheCan365 project, which is a world first,” said Anne-Marie, who lives in Broadstone and has a son, Jacob, aged 12.

She added: “I’ve definitely learnt some big lessons over the past few years, such as it’s never too late to start something new.

“Launching a new business at nearer 50 than 40 may seem crazy to some people but I’m more motivated now than I’ve ever been.

“I hope telling my story will inspire all future female (and male) entrepreneurs – empowering them for success, whatever their age.” 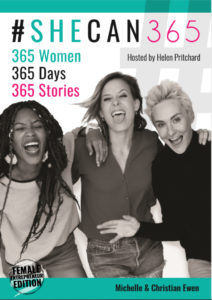 Anne-Marie’s story – which can be found in 365 words here – includes:

Anne-Marie has now evolved her business even further.

She is no longer delivering ‘done for you’ marketing services but has relaunched as a marketing coach under her own name, Anne-Marie Fast Coaching.

Anne-Marie said: “Many small business owners aren’t in a position to outsource their marketing.

“I want to show them that they don’t need to.

“They can achieve outstanding results themselves if they just know where to focus their efforts.”

As part of her new business launch, and to help other business owners feel comfortable in taking their first steps into the marketing world, Anne-Marie has set up a dedicated Facebook group called ‘Get Marketing Savvy.’

The group features easy to understand marketing tips, hints and suggested actions to instantly build confidence and make a difference.

It will go through all aspects of marketing from strategy and planning to content creation, email marketing, social media management and PR.

Anne-Marie said: “In essence everything needed to create the right impact, attract their ideal clients and grow their busines without having to hire expensive agencies or spend a fortune on ads.”

The programme will be delivered as an online group mastermind.

Every week Anne-Marie will deliver live interactive sessions via Zoom and provide participants with tasks to complete and templates/supporting workbooks to help.

Participants will also have access to Anne-Marie directly between each session to ask for advice and feedback on what is being worked on.

In addition, they’ll be part of a private online group where they can interact with each other.

By the end of the programme, participants will have active campaigns set up and running and creating leads.

Anne-Marie said: “This is not one of those ‘listen to the teaching and not do anything about it’ programmes.

“I’ll be there holding them accountable all the way through!”

The main programme launches in January but Anne-Marie is running a smaller, more ‘exclusive’ version for a handful of participants next month.