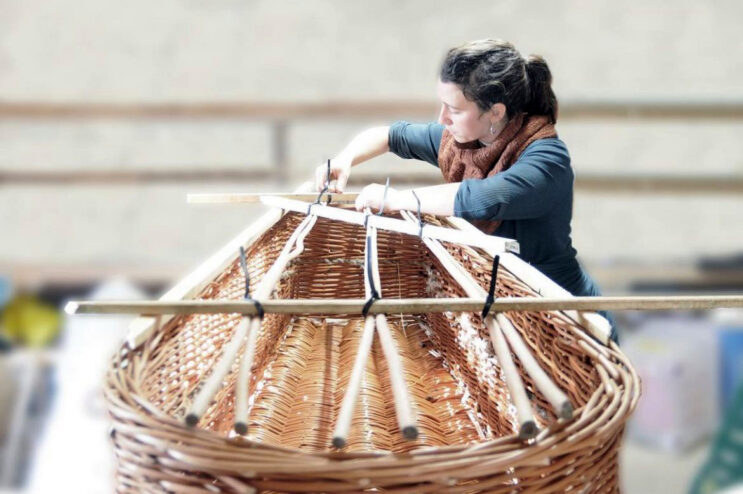 Sophia Campbell of Woven Farewell Coffins. Each adult coffin can take up to 25 hours to weave.
By Andrew Diprose, editor editor@dorsetbiznews.co.uk

Sophia Campbell admits that her business sometimes stops people in their tracks.

Death remains a taboo subject for many – and making willow coffins is most certainly something out of the ordinary. 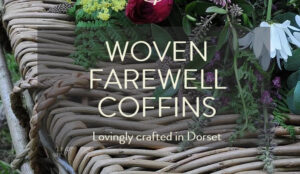 But Sophia, who founded her business Woven Farewell Coffins three years ago, says she can’t imagine anything more satisfying.

She said: “If someone was to tell me nine years ago that the ripples were leading me towards setting up a willow coffin business, I would have definitely been surprised.

“Fresh-faced from uni, having recently lost my mum, mentor and close friend to breast cancer, my future was shrouded.

“I can’t be more happier with how things have ended up a decade later.”

Aged 32, Sophia is no stranger to death.

Her mum, Adrienne, passed away at the age of 52 from breast cancer while her sister, Anna, died while fighting with the Kurdish Women’s Protection Units (YPJ) in Syria. 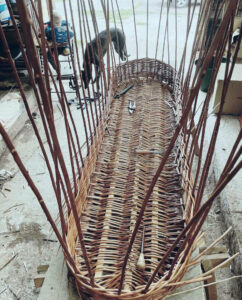 But Sophia said: “I had studied basketry as a bereavement therapy after the death of my mum.

“The experience of sudden death with Anna really brought home to me how short life is.

“I resolved to do what I wanted and Woven Farewell Coffins grew from there.

“I started trading in 2018 and the growth has been quite incredible.

“I started with family and friends and it developed from there.

From her workshop in Marshwood, West Dorset, Sophia weaves willow sourced from a family firm in Somerset.

Willow coffins are one of the most environmentally friendly, as the materials only take a year to grow and are fully compostable.

The coffins are double lined with biodegradable plastic and unbleached cotton. 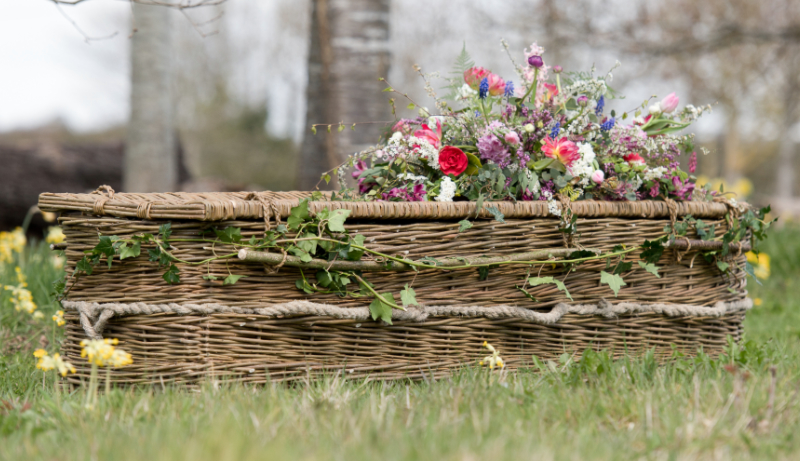 Organic hemp rope is used for the handles while the base slats are made from local ash or larch.

Each adult coffin can take up to 25 hours to weave with costs starting from £650 while a baby coffin can begin from £150.

They are appropriate for burial, cremation, woodland and green burial sites.

For Sophia one of the most rewarding – but almost emotional – experiences is when the family, and sometimes even the person intended for the coffin, take part in its construction.

She said: “Supporting people to be involved in making the coffin of their deceased loved one is a true honour.

“I know that it almost always has long term positive benefits on the grief process.

“Often, I invite those coming to weave with me to bring photos of their loved one, stories, objects of significance.

“The time and space of working with our hands allows a peaceful environment to reflect, while feeling empowered by being physically involved in the funeral process.

“Actions like helping make the coffin used to be the ordinary thing in western cultures, and still is practised in many parts of the world.

“We can spend three or four days together, sharing stories and reminiscences. 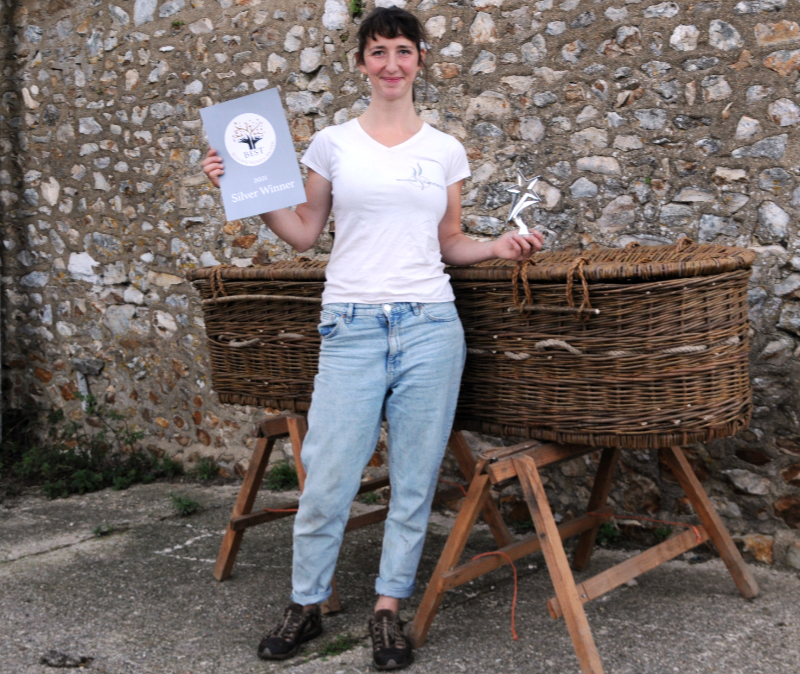 In October, she won a silver award in the Best Business Women Awards in the Best Product Award.

The contest seeks to find the best female talent in the UK and internationally.

Organiser Debbie Gilbert said: “This is a tough competition judged by business experts.

“Winners were selected for their business acumen, creativity, and high levels of customer care.

“Our winners are shining examples of outstanding entrepreneurs who have proved their success to our judges and have shown they have the ingredients worthy of being recognised and rewarded.”

Sophia said she was “incredibly grateful’” to receive the award. 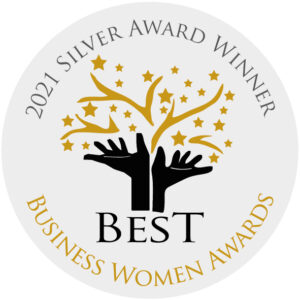 She added: “I’m passionate about helping broaden authentically sustainable opportunities within funerals and supporting families to have more involvement with the funeral process.

“This involvement is particularly important in the wake of the pandemic when options and opportunities were much more restricted.

“As a young businesswoman within the funeral industry, I feel honoured to have been recognised and celebrated in this way.”

Woven Farewell Coffins is one of the only coffin producers in the country to donate part of its profits to charity.

Five per cent of the proceeds of the willow coffin or ashes casket go to The Woodland Trust.

Sophia said: “This gift towards a life-sustaining organisation is symbolic of the life-death-life cycle, an essential pillar of my philosophy in crafting coffins. “

Such is the demand for willow coffins that Sophia is planning to employ a second coffin weaver to work with her in 2022.

Sophia said: “I like to think that I’m taking the fear out of death.

“It really is a very satisfying, and rewarding, way to earn a living.”