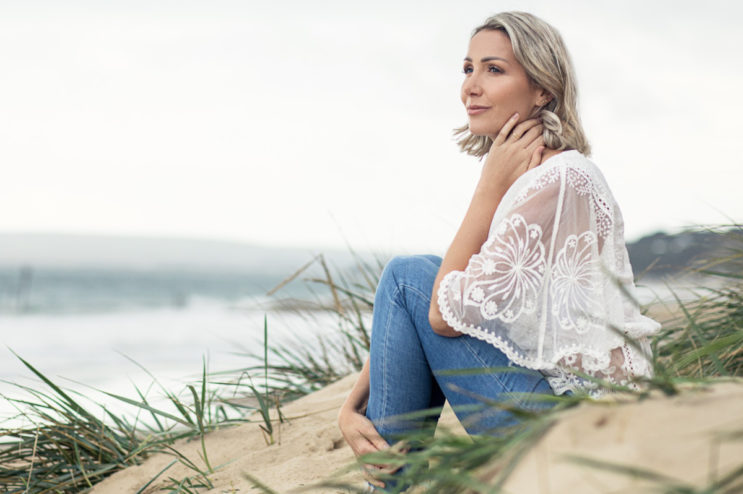 Hayley Millbank: “Owning your business brings its own anxieties but I’m in a much happier place.”
By Andrew Diprose, editor editor@dorsetbiznews.co.uk

Hayley Millbank can remember the day her job in corporate banking finally tipped her over the edge as if it was yesterday.

In fact, it was four years ago and a Friday afternoon at 2.30pm.

Her job, working for a huge multi-national, involved talking with colleagues in America in the morning and similar phone calls, but to India, in the afternoon.

She had returned to work full-time after giving birth to her daughter.

A part-time job was not an option, her employer had said. 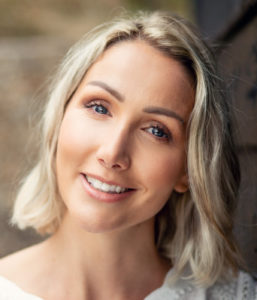 Hayley, now 36, had been prone to panic attacks and bouts of depression since her teens.

But this was different.

“I can’t remember what actually triggered it, probably the smallest thing, but everything just went out and I had the most intense pain,” said Hayley.

“Your chest tightens, you find it hard to swallow, breathing gets difficult and you start to hyperventilate.

Not for the first time, Hayley contacted her Mum.

Her eyes moisten as she recalls the conversation.

“She begged me: ‘Go to the doctor. Do it. For your daughter’s sake just do it.”

Hayley followed her Mum’s advice and arranged an appointment but not until after suffering what she describes as the longest weekend of her life.

Her doctor immediately signed her off with stress for an initial six months.

She also received medication, including anti-depressants, and started a series of sessions with an expert in cognitive behaviour and also a psychotherapist.

Hayley began on the long road if not to recovery then, at least, coping with her condition.

And then she heard about something that was to change her life – and lead to the launch of a business.

First discovered in 1940, it is one of over 100 identified compounds known as cannabinoids that occur naturally in the cannabis plant.

CBD can be extracted, mixed with a carrier oil (hemp seed, coconut or olive) to create CBD oil.

Even though it comes from cannabis plants, CBD doesn’t create a “high” effect or any form of intoxication — that’s caused by another cannabinoid, known as THC (tetrahydrocannabinol).

In the UK, CBD is entirely legal as a food supplement.

Hayley said: “My doctor carefully monitored me coming off the prescription medication. 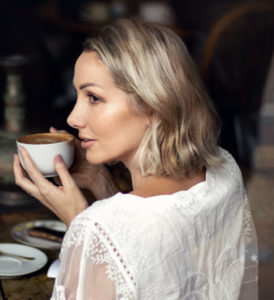 “He needed to ensure I was getting a satisfactory result from the CBD instead.

“In fact, I found I got the same benefits with CBD oil as I was receiving from the prescribed medication.”

Instead she worked in less stressful jobs before what she describes as the ‘lightbulb’ moment.

It was the case of Alfie Dingley, the seven-year-old who suffered up to 500 life-threatening epileptic seizures a month until he found treatment through cannabis oil.

His story spurred on Hayley’s passion for the cannabis plant

She said: “I thought to myself something is happening here and I want to be part of it.

“Everything aligned and my future course was set.”

And so Hayley, with the full support of her husband, Daniel, started establishing her new business, Cannadox, launched in April last year.

From Day One she worked with the Cannabis Trades Association to ensure that everything – from labelling and packaging to supplies and product wording – fully met the various rules and guidelines in force for such products.

Cannadox’s premium quality and high strength CBD is made in the UK and traceable from seed to shelf. 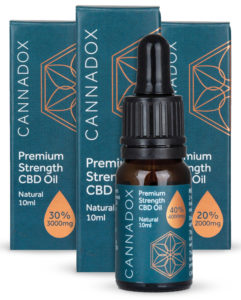 Despite the maximum potency levels of CBD the THC is below the 0.2 per cent as per Home Office and MHRA (Medicine and Healthcare products Regulatory Agency) guidelines.

Cannadox is an online business with Hayley using social media, and publicity from the likes of TV presenter Tim Lovejoy – who dedicated an entire podcast to an interview with Hayley – to win business.

Hayley stresses that, while CBD oil works for her and many of her customers, her products are not intended to diagnose, treat, cure or prevent any disease,

So how are things, nearly one year after launching her business?

Hayley, who lives in Poole, said: “My husband, who has been such a support, and my six-year-old daughter are proud of me. My Mum even uses CBD oil now.

“Owning your own business brings its own anxieties but I’m in a much happier place.

“Things have worked out for the best.”