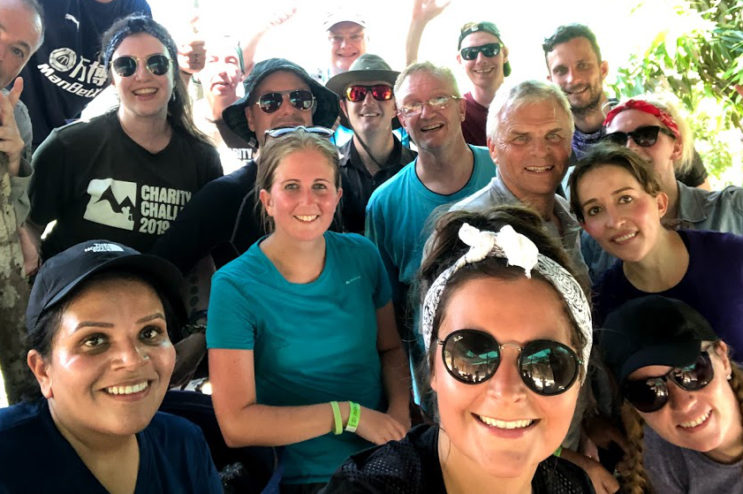 Some of the ‘invincible’ 51-strong team from Not Just Travel who reached the Lost City of Columbia.
By Andrew Diprose, editor editor@dorsetbiznews.co.uk

The gruelling challenge, which raised thousands of pounds for the charity Mind, saw the 51-strong Not Just Travel team trekking through the Colombian jungle for five days, at times battling exhausting humidity. 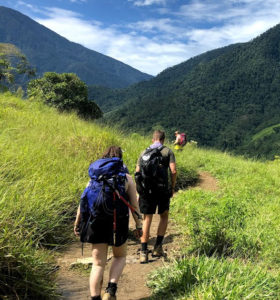 They also scrambled up mountains and clambered over obstacles.

At one point the team battled for three hours against the challenging terrain to get just one kilometre closer to their goal – the Lost City. The location can only be reached on foot or via helicopter.

Heat of 35 degrees and 91 per cent humidity saw them battling to keep hydrated, while at other times torrential rain made the going slippery and progress slow.

The team took on the challenge for a host of charities close to their hearts, but most supported Mind for a very special reason.

This very rare dementia means Robin, a father of two young children, not only has dementia but quickly lost the ability to communicate.

Not Just Travel, which has its head office in Enterprise Way, Christchurch, pledged to raise £50,000 this year for Mind in honour of Robin. 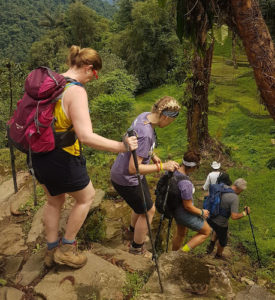 It has already raised tens of thousands of pounds towards the total.

Steve was originally meant to join the team on the trek but had to pull out at the last minute to assist with making emergency plans around the Thomas Cook collapse and to help look after his brother.

He said he was incredibly proud of all the team, adding: “It was a tougher challenge than expected, but the team did brilliantly.

“It’s an incredible testament to their determination that they have pushed through and helped to raise so much money.

“It’s been great to see the updates from everyone and see their willpower to succeed and help so many good causes, especially Mind. Everyone should be incredibly proud of themselves.”

Not Just Travel’s Gabrielle Dearling said the team had really bonded ‘like a family,’ through the trek.

She said: “It’s one of the hardest things I have ever done, by far. There’s nothing that compares to it.

“I felt prepared with my training, but I couldn’t have prepared for the weather – torrential rain and 35-degree heat and humidity.

“You were drenched in sweat before you started walking.

“We all made it to the Lost City at the same time and we felt so euphoric. Everyone said a few words and we all got quite emotional. It was amazing.

“It brought everyone so much closer as a team and we all came away with a new perspective – you feel invincible.”

The team had some time in Toronto after the trek, where they went to visit G Adventures.

Not Just Travel and the charity challenge were supported by the company, which is normally known for its small group tours.

Steve Witt said: “We wanted to work with G Adventures because of their ethical travel policies.