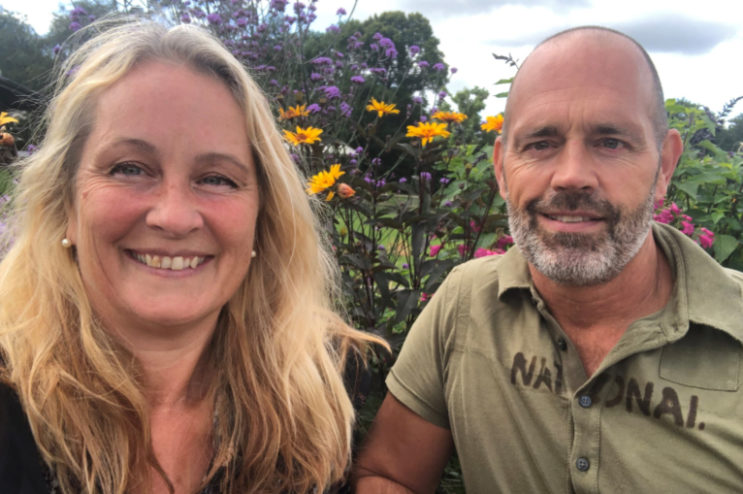 Sandra Palmer-Snellin and her brother Phillip Palmer – he is the original Farmer Palmer – who founded Farmer Palmer’s Farm Park in 1998.
By Andrew Diprose, editor editor@dorsetbiznews.co.uk

Farmer Palmer’s Farm Park is back!

It’s the news that thousands of youngsters – and not a few Mums and Dads – have been waiting to hear.

The popular attraction at Organford will be reopening to its 4,200 pass holders from this Saturday, July 4, for one week and then to the Great British Public from the following Saturday, July 11.

But there will be changes and lots of measures put in place to keep everyone safe.

Sandra Palmer-Snellin, who founded the business with brother Phillip in 1998 – he is the original Farmer Palmer – said: “Admission will only be by pre-booked tickets for the first time in 22 years.

“We are opening for longer hours but will be split into AM and PM sessions – 9am until 1pm and 2pm until 5.30pm.

“And we will close for cleaning from 1pm to 2pm.” 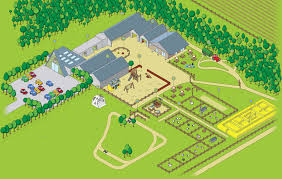 Full details – including the new arrangements – can be found on its website.

But like everywhere else it closed as a result of the pandemic, in Farmer Palmer’s case from March 20.

Under the new arrangements admission will be limited to 300 each morning and afternoon session.

The popular animal demonstrations will be back but with no contact allowed.

About 75 per cent of the 70 staff have returned and will be working five-hour shifts.

Sandra said the park has spent about £1,500 on signage, alone.

She added: “The amount of knowledge shared behind the scene through the likes of the National Farm Attractions Network has been mind-blowing and a source of great comfort.

“The messages and support we’ve received from our customers has been truly humbling. 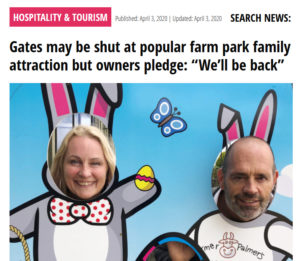 Our story in April.

“We’ve had food for the animals delivered and one lady raised more than £1,000 for us.

“A Go Fund Me page also attracted lots of support.

“We’ve been up and down over the last few months but we’ve reached out to others and now we just can’t wait to get open again.”