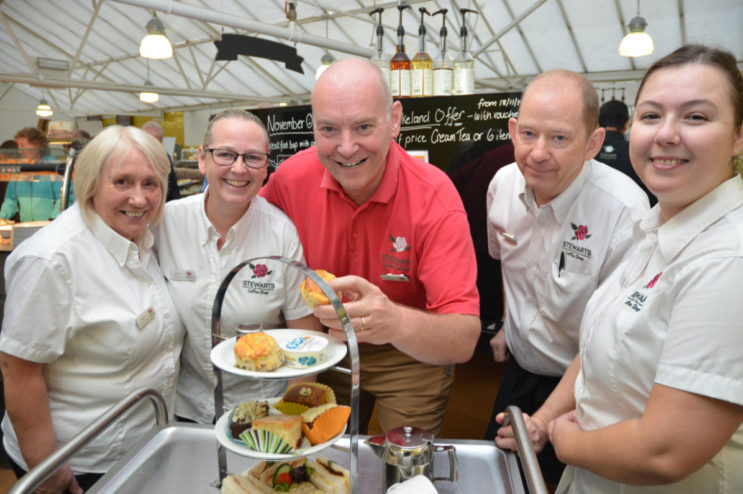 A busy catering team which is responsible for just over a fifth of the turnover at a Dorset garden centre has a new manager.

Jenny Hepple, who started as an assistant 12 years ago, has been promoted to Catering Manager at Stewarts Garden Centres in Christchurch.

Other team members have become supervisors including Richard Edwards and Nora Nagy.

Paul Hilliam, Centre Manager, congratulated the new management team leading the 43 full and part time staff who provide thousands of meals and drinks each week to the centre’s customers.

He added: “Jenny and her team never have one week the same as the other.

“As well as providing a varied selection of hot and cold meals, they support demand for a range of private functions from birthdays and tea parties to  weddings and wakes.

“Since the catering facility was expanded and refurbished, 22 per cent of the centre’s turnover is attributed to the hard working team.”

Mr Hilliam added that the centre will continue to source produce from local suppliers to ensure that there is ‘more taste, less waste’ as the company remains committed to being a responsible and environmentally aware organisation.