John is one very fishy character – and he’ll take that as a great compliment to his many skills! 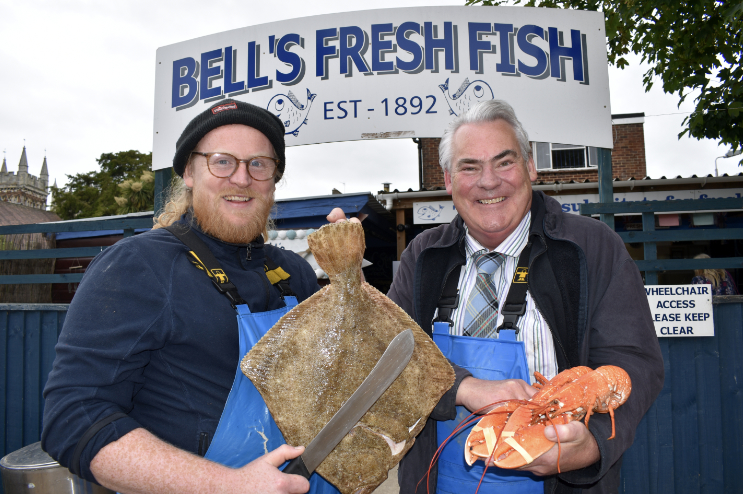 John Bell – known to many as ‘John the Fish’ – with his son, Joe. Picture: Dorset Biz News.
By Andrew Diprose, editor editor@dorsetbiznews.co.uk

Because for someone known to his hundreds of customers as simply ‘John the Fish’ that ranks as the highest possible compliment.

He’s the fourth generation of his family to be a fishmonger. 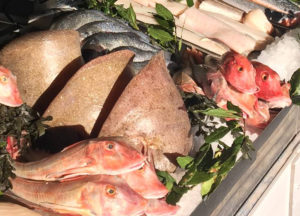 And at the age of 61 he’s still addicted to the business.

Bell’s Famous Fisheries goes back to 1892 when the business was started by John’s great grandmother, Eliza.

She was followed by his grandfather, Alf, and, finally his father, Ernest.

Over the decades the business has operated shops in locations as diverse as Wimbledon, Boscombe, Ferndown and Tuckton.

For the last 28 years John has run his traditional fishmongers, with wife Sally, from the car park at the back of No.1 High Street in Wimborne.

The premises include a fish yard, smokery and Sally’s Café.

Every day John’s agents scour the main fishing ports – from Brixham to Petershead and Poole – to source the best quality catches and get to his customers quickly.

“I’ve never sold imported fish. Great Britain has the best fishing grounds in the world and we have a plethora of wonderful suppliers right here on our doorstep,” said John.

“Whether it’s crabs from Kimmeridge or fish from Poole, the quality is outstanding.”

The pandemic, though, has brought challenges.

John said: “When the lockdown came – and people wouldn’t be able to eat out – it was clear that things would change.

“Markets collapsed. £15m of fresh fish normally goes into London every day but that went down to practically zero.

“Prices also collapsed. As an example,40 tonnes of pollock selling at £3.25 a kilo dropped to 32p a kilo.

“Many of the big boats tied up and at least two of my suppliers have gone into liquidation.

“There have also been transportation problems.

“For us, though, we’ve been incredibly busy.

“We’ve reduced our retail hours from 8.30am to 1pm Tuesday to Saturday to 10am to 12 midday but our pe-ordered collections have increased considerably.

“We normally do between eight and ten pre-orders a day but this number has gone up to as many 63.

Traditional fishmongers like John, with their produce fresh off the boat, hand-filleted on the premises and sitting on ice, have become increasingly rare as the supermarkets have muscled in.

“But we’re definitely seeing a resurgence.

“My agents know what I want. Quality fish at the right price.

“Like many other independents we’re seeing people who would normally go the supermarkets come to us, instead.

“If we can keep just a small percentage of those customers when life returns to some kind of normal then we will be very pleased.

“I reckon Bell’s Famous Fisheries will be around for a few more years yet.” 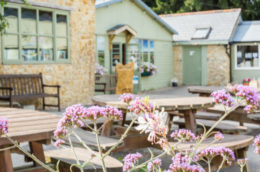 New name, look and feel for an old favourite as craft... 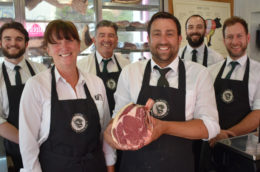 A cut above: ‘Crazy’ times as butcher... 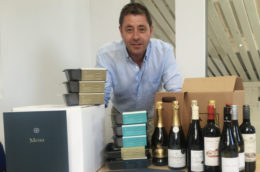 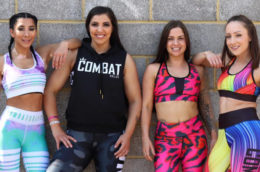 Boxer Gemma hopes for knockout win as her gym clothing... 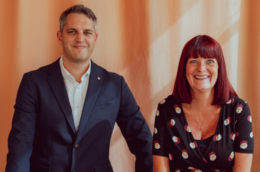 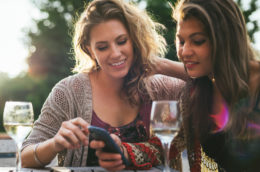 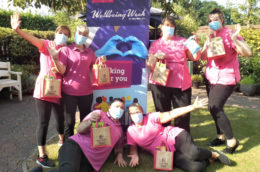 New name, look and feel for an old favourite as craft centre owners map out a fresh future